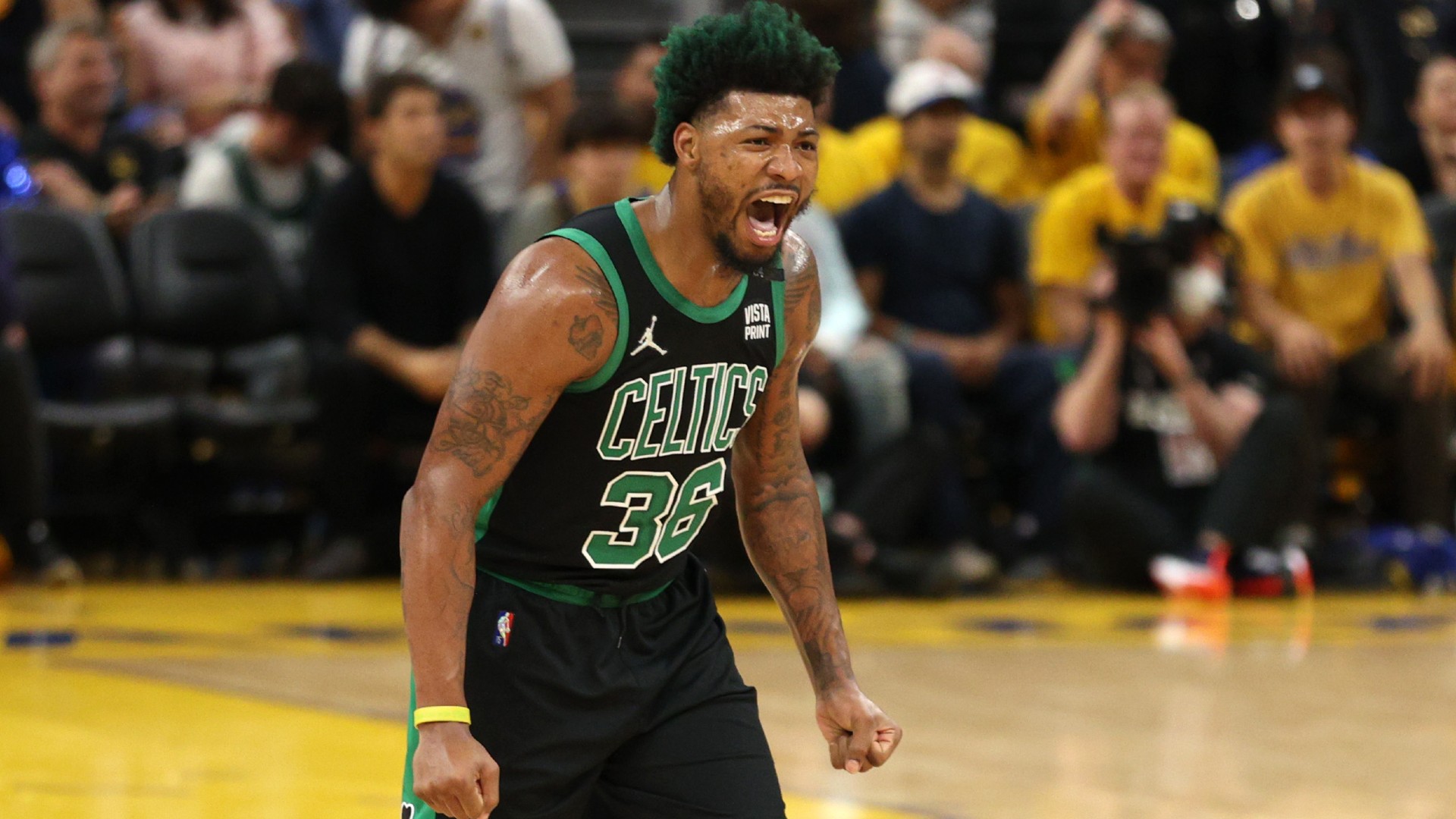 The Golden State Warriors hold a commanding 3-2 series lead ahead of tonight’s contest. The Warriors managed to pull out a Game 5 victory despite a dreadful shooting performance from Stephen Curry. That’s a bad sign for a Boston Celtics team that is on the ropes heading into tonight’s Game 6. We’ll be diving into this matchup and bringing you the best of our NBA Finals props for tonight.

The Boston Celtics are 4-point favorites in Game 6, as sportsbooks view a Game 7 on Sunday evening as the most likely outcome. However, with the way the Warriors have been defending, they may have a good shot to finish things in the TD Garden tonight. Jayson Tatum and Jaylen Brown have struggled thanks to elite defensive play from Andrew Wiggins, Klay Thompson, and others. With loads of attention on Boston’s top two scorers, look for Marcus Smart to continue finding open space.

Smart has been the Celtics’ third-best player this series and is making a significant dent in the scoring department. There’s plenty of value on the Boston guard once again and we’re going to bank on Marcus Smart to get the job done in Game 6.

Meanwhile, BTP is up 22 units on MLB K props — join us to get full slates of MLB props (plus NBA, PGA, UFC F1, and more!) alerted to your device.

Marcus Smart is playing the best basketball of his life right now. He was named the 2021-22 Defensive Player of the Year, joining some rare company as only the sixth guard ever to win the award. He also posted a career-high in assists per game this season, and he’s improved his scoring dramatically in these playoffs.

Smart is fearless – sometimes to his benefit, and sometimes to his detriment. But, his 15.8 points per game this postseason indicate his willingness to take big shots is paying off. Since 2019-20, he’s averaged 15.5 PPG in the playoffs, an increase from 12.6 PPG in his last three regular seasons. He’s now cleared this mark in 5 of his 6 games this series, so we can safely say that no stage is too big for Marcus Smart.

On top of his strong recent production, Smart is a massive beneficiary of Golden State’s defensive game plan. The Warriors have sold out to stop Jayson Tatum and Jaylen Brown, and they’ve been successful. In all likelihood, The Warriors won’t let Tatum erupt for a performance like his 46-point game down 3-2 in Milwaukee. They’ll force Boston’s secondary options to hit big shots. And, the reigning Defensive Player of the Year has proved capable of taking what the Warriors are giving him.

Head Coach Steve Kerr has attempted to hide Stephen Curry and Jordan Poole on Smart in each of the seven matchups between Boston and Golden State. The Warriors have even gone as far as doubling off of the 28-year-old guard in key moments this series. This has led to plenty of success from beyond the arc for Smart in these matchups.

Marcus has scored at least 18 points in 6 of his 7 games against the Warriors this season. He’s also connected on multiple threes in each of those six contests.

Since Round 2 of the playoffs, Golden State has struggled mightily against opposing point guards, ranking in the bottom three in PPG allowed to point guards during this stretch. Meanwhile, they’ve been better than average defensively against every other position. Game 6 might just present the perfect opportunity for Marcus Smart to keep rolling.

Smart has played at least 39 minutes in three consecutive games. Boston Coach Ime Udoka can’t fully trust Derrick White and Payton Pritchard with much playing time in the Celts’ biggest game of the season, which means Smart should continue playing a full complement of minutes.

The Oklahoma State product has logged at least 36 minutes in 29 games this season. He’s reached this over in 20 of them.

The 8-year veteran has also scored at least 16 points in 10 of 14 games when seeing at least 36 minutes of action this postseason. Dating back to the regular season, he’s averaging 17.9 PPG when seeing this heavy workload.

Smart dropped 21 points in Boston’s massive Game 6 win in Milwaukee and 24 in their do-or-die Game 7 in Miami. With a Game 6 at home and the Larry O’Brien Trophy on the line tonight, Smart won’t be hesitant to get shots up in this one.

We’re banking on Marcus Smart to score tonight in a matchup catered to his strengths. His catch-and-shoot threes will be a necessity for Boston’s offense this evening, and he’s delivered all series to this point.