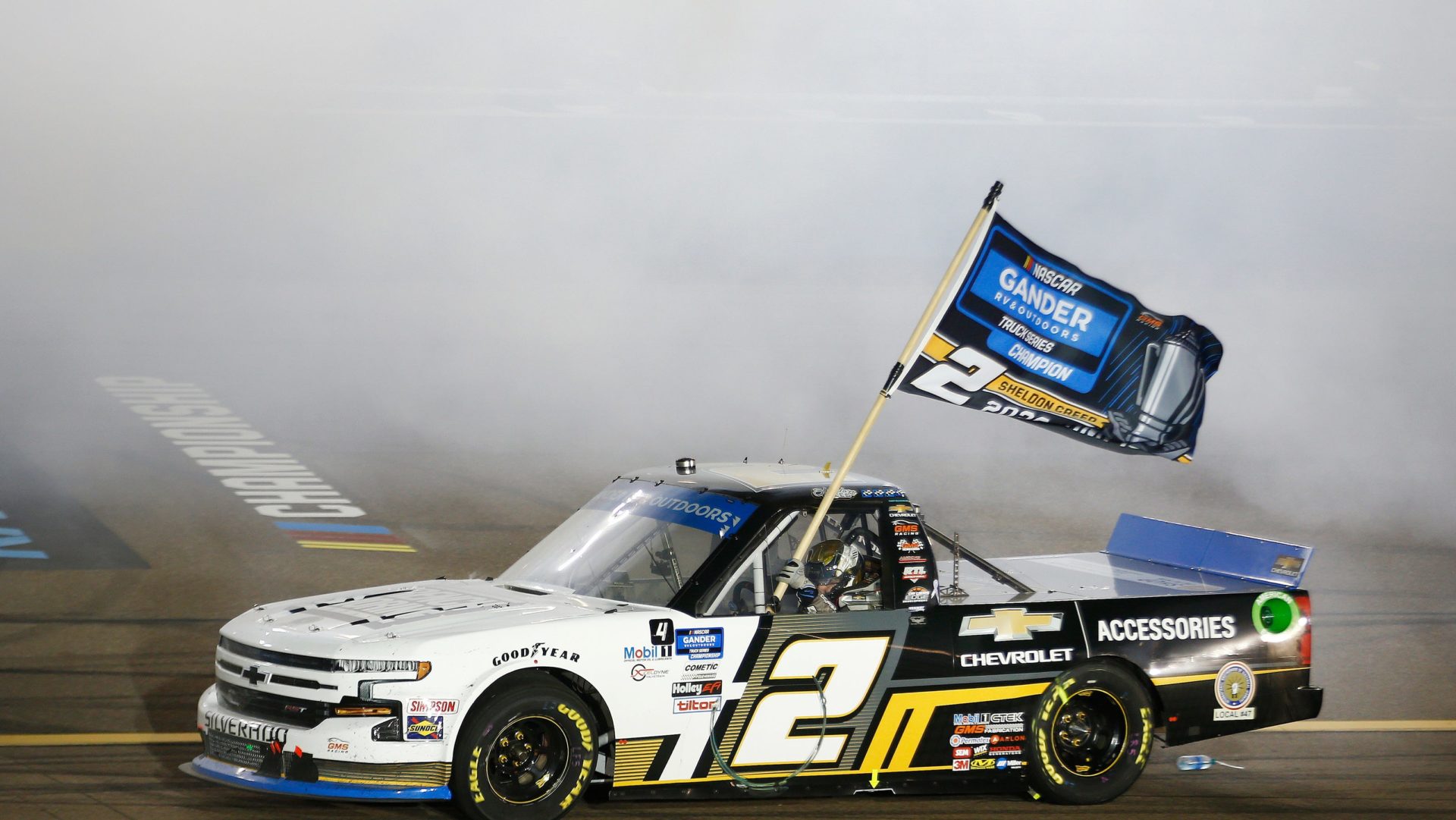 This weekend NASCAR heads to the “Tricky Triangle” in Long Pond, Pennsylvania — and first up, we’ve got some NASCAR bets for the Camping World Truck Series.

For my debut piece at Bet the Prop, I’ll break down my favorite head-to-head bet, plus a couple of top-five bonus bets. Let’s jump in.

Sheldon Creed has had a ton of raw speed at this track over his career.  Last year, he led 31 circuits while winning the first two stages and ultimately finishing third. 2019’s trip to Pocono raceway started strongly with a second-place finish in stage one only to be ruined by an oil leak.  Comparatively, Austin Hill has a career average finish of 17.8 at this track.

What Have You Done For Me Lately?

Creed has gotten into trouble on the track recently, but those two 35th place finishes in the last three races have teed up some value for us this weekend.

The GMS garage is full of top-tier equipment and five promising drivers. Austin Hill, although talented, is not as well-funded. News broke this week that GMS will be making the move into the Cup Series next season by purchasing a charter. As a result, Creed should be using the rest of this season as a job interview for the cup ride. He’ll be licking his chops to get back into victory lane.

Another excellent indicator of raw speed in laps led, a simple statistic but a telling one.  This season, Creed has led 158 laps while Hill has been out front for only 14. Hill has finished ninth, ninth, fourth, and ninth over the past four weeks. Solid, consistent, but it will not be enough Saturday afternoon.

Backing the 2020 Truck Series Champion is an easy choice this week.  We have projected him to finish third, behind Kyle Busch and John Hunter Nemechek. Austin Hill is projected to take the checkered in sixth. Let’s cash this one.