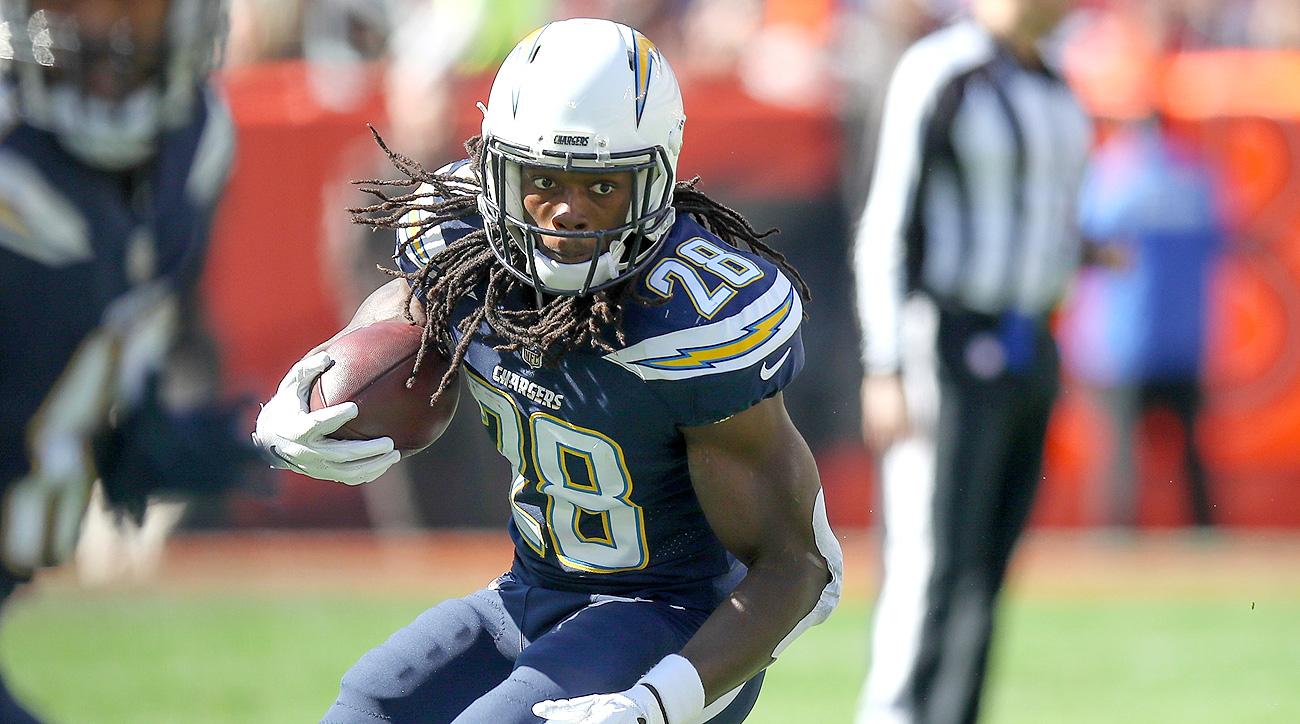 For the second straight Saturday, we’re treated to a double dose of NFL football, and that gives us a chance to  break down the best prop bets for Saturday, including the Redskins at Titans, and Ravens at Chargers.

To do that, we’ll be making use of Monkey Knife Fight’s over/under game. While the prop betting site has a multitude of different prop games, I see the biggest edge in trying to attack the simple over/unders.

We’ll have a full break down of both Saturday games as well, and follow us on Twitter for all our latest prop picks.

Our most recent card saw us go a perfect 5-0 on Monday night. We’re going streaking!

Gordon has been back at practice this week and is expected to suit up in a critical game for both teams.

Even if he’s back to full health, Gordon faces a tough matchup which could see him with limited rushing opportunities. Passing may be the most efficient way to move the ball in today’s NFL, but the Ravens are proving that an overwhelming running attack can effectively choke the life out of an opponent.

Overall, the Ravens have allowed the fourth-fewest rushing yards this year, holding 28 of the 32 RBs they’ve faced this year to 64 yards or less.

Fine, I’ll be the fish who chases this unsustainable yardage production.

Look, the inevitable 16-carry, 36-yard outing is coming for Henry any week now, but it’s unlikely to come against a Washington team that has been crushed by the rush in its most recent games.

Henry is an as good of a spot as any of those guys, and not just because the Titans are 10-point favorites, but because of his immense workload. His 50 rushes over the past two weeks are behind only Joe Mixon, and with the Titans making a run for the playoffs, they will continue to feed to hottest RB in football.

Another one from Monkey Knife Fight’s over/under games, and this one sees Chris Thompson gifted with a 15.5 rushing number which he’s failed to hit in three of his past four games.

Adrian Peterson’s backup has only been handed more than three rushes in one of those outings — a 5-carry, 9-yard dud in a tight game against the Jaguars last week.

So things are already looking bleak. And that’s before getting into the matchup, which has Thompson’s Redskins positioned as double-digit road underdogs against a Titans defense allowing the 15th-fewest rushing yards.

With a brutal game script a strong possibility, three carries seems like Thompson’s ceiling, and at his 4.0 yard-per-carry clip on the year, that volume won’t be enough to cut it.