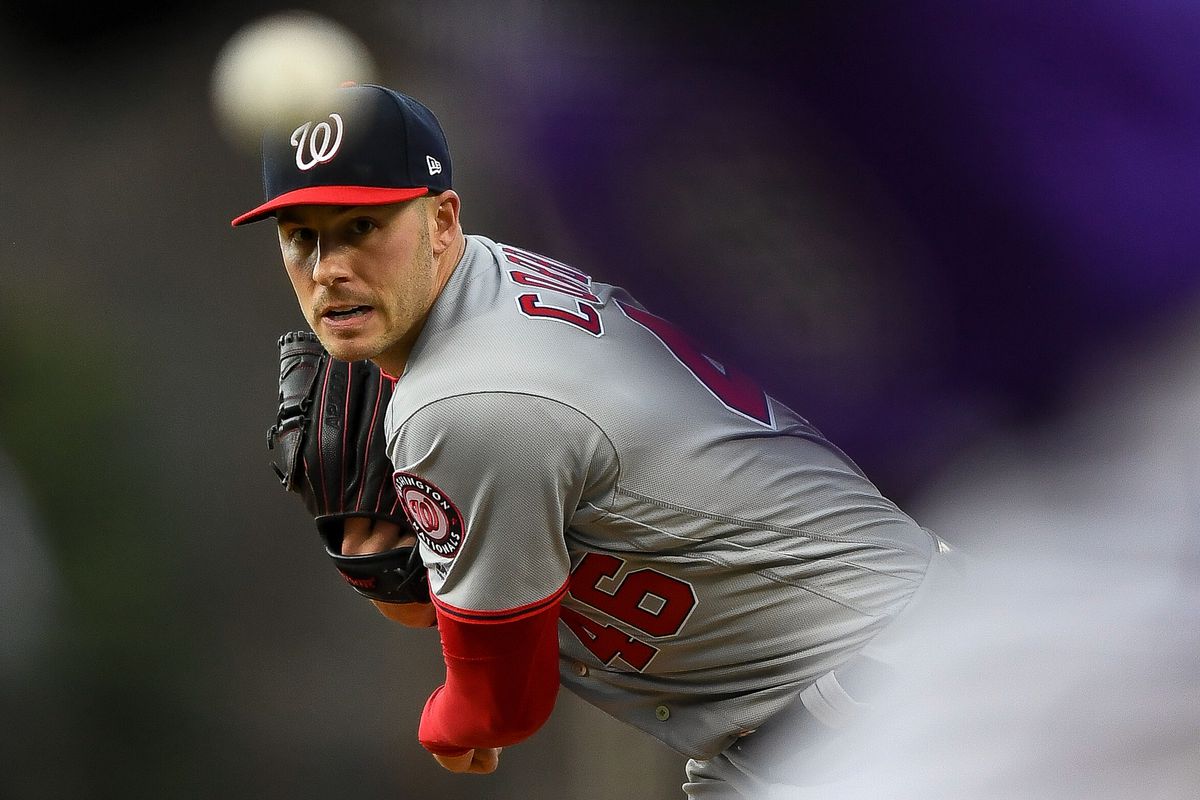 Washington ace Patrick Corbin takes to the mound on Monday night in today’s edition of the best MLB player props.

Corbin aims to improve on his 4-1 record as he faces the Mets in New York, a team that has been prone to a few swings and misses so far in 2019. It’s a spot that sets up well for the 29-year-old left-hander, who has been among the best starters in the strikeout department this season.

Can he hit at least 7 Ks tonight? Let’s dive in.

After a hot streak, we finally struck out ourselves when last we posted free plays. But overall, it’s been a strikeout season in the black so far, with our subscription plays going 161-120. Sign up for the full package today and get the first week for free.

This number is a little lower than expected considering that Corbin is among the league leaders in several K categories.

In his last outing against these same Mets on Wednesday, Corbin struck out eight batters, while allowing just five total base runners en route to collecting his fourth win of the season. It was his eighth quality start in nine outings on the year, one in which he forced an impressive total of 18 swinging strikes, a dozen of which came on his near-untouchable slider.

Corbin’s slider is very likely the best baseball in baseball right now. Since the start of the 2018 season, he’s generated more strikes on his slider than any other pitcher.

The start before that, Corbin pitched seven innings of shutout ball, striking out eight Dodgers along the way, once again using that slider to good effect.

Not only is he among the league leaders in K/9 (10.9) and kRate (30.2%) over his last 20 starts, but he’s also been exceptionally durable, throwing at least 100 pitches in six of his last seven starts, and we love to see those long outings when betting the over.

We don’t place a lot of value on historical pitcher vs batter matchups, but it’s certainly worth considering the fact that he made the Mets look like a minor league outfit just a few days ago. Going back further, New York is hitting just .210 against Corbin in 86 plate appearances, while striking out at a rate of 25.6%.

Specific matchup aside, the Mets are not a good hitting team.

Also ticking some boxes for us is the fact that Citi Field Park in New York is the fifth-most friendly park for pitchers, while the Nationals are also big favorites (-145) in this one.

It’s worth mentioning that the weather could be a factor tonight. The wind is blowing out at 10 mph, and there is a risk of thunderstorms in the afternoon, although those could clear up by game time.

I don’t love that, but I think this number is too good to ignore for such a quality starter.