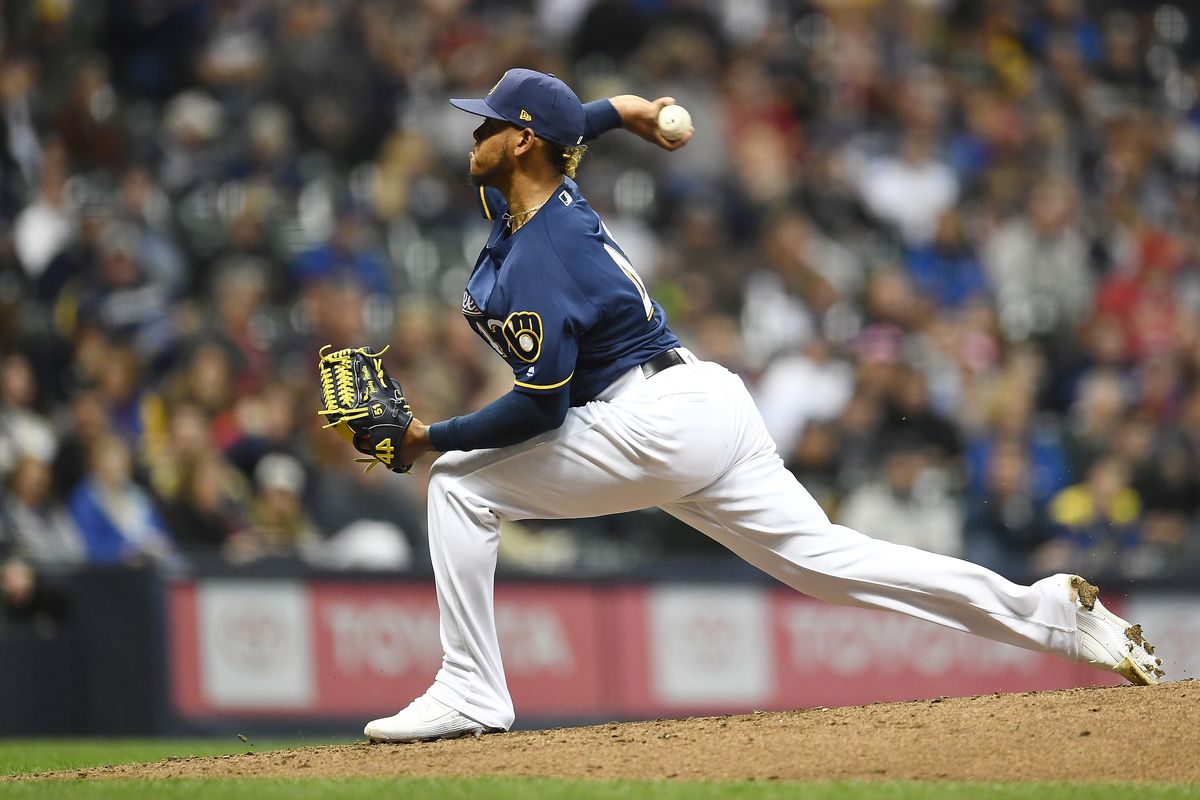 It’s been feast or famine for Brewers pitcher Freddy Peralta in 2019 so far, and in our look at Monday’s best MLB player prop, we’re digging into his latest start against Philadelphia tonight.

Despite struggling terribly at times, Peralta is coming off one of his best performances of the season, and manager Craig Counsell is trusting the 22-year old fireballer with another start, despite the apparent risks involved. The diminutive Dominican has struggled to make it past a handful of innings in most starts, while also demonstrating an ability to dominate at times.

We’re coming off a 1-1 split of our last article but have won 4-of-5 going back to last week. Meanwhile, our subscription plays are 144-101 on the season. Sign up for the full package today and get the first week for free.

You don’t typically see numbers this low on guys who are averaging 10.2 strikeouts per 9 innings, but it speaks to how much variance there’s been in Peralta’s starts — 37% of his Ks on the year have come in one start. In the rest of his appearances, it’s been ugly.

He fanned 11 in start number two against the Reds, but otherwise has posted totals of 3, 5, 3, & 5 in his other starts. The problem with Peralta is an inability to stay in games. Here’s a synopsis of his season so far:

Which brings us to today and the Brewers trusting him with another start, hoping he can return to form against the Phillies.

There are just a few too many factors working against Peralta to instill much faith that he can put it all together and make a deep run tonight. Philadelphia batters strikeout 8.77 times per game, the 12th-best rate in MLB., while their on-base percentage is seventh best. The Phillies’ kRate is a solid 20% going back over the last 150 games.

They’ve hit well against right-handers in particular, posting a weight on-base average (wOBA) of .348 on the season.

Meanwhile, Citizens Bank Park has been the ninth least-friendly venue for pitchers.

The Brewers are also a significant underdog at +142 odds in this one, with an implied team total of 4.6 runs for the Phillies. Vegas is telling us that there’s a good chance Peralta has another condensed outing, and I’m not going against them.