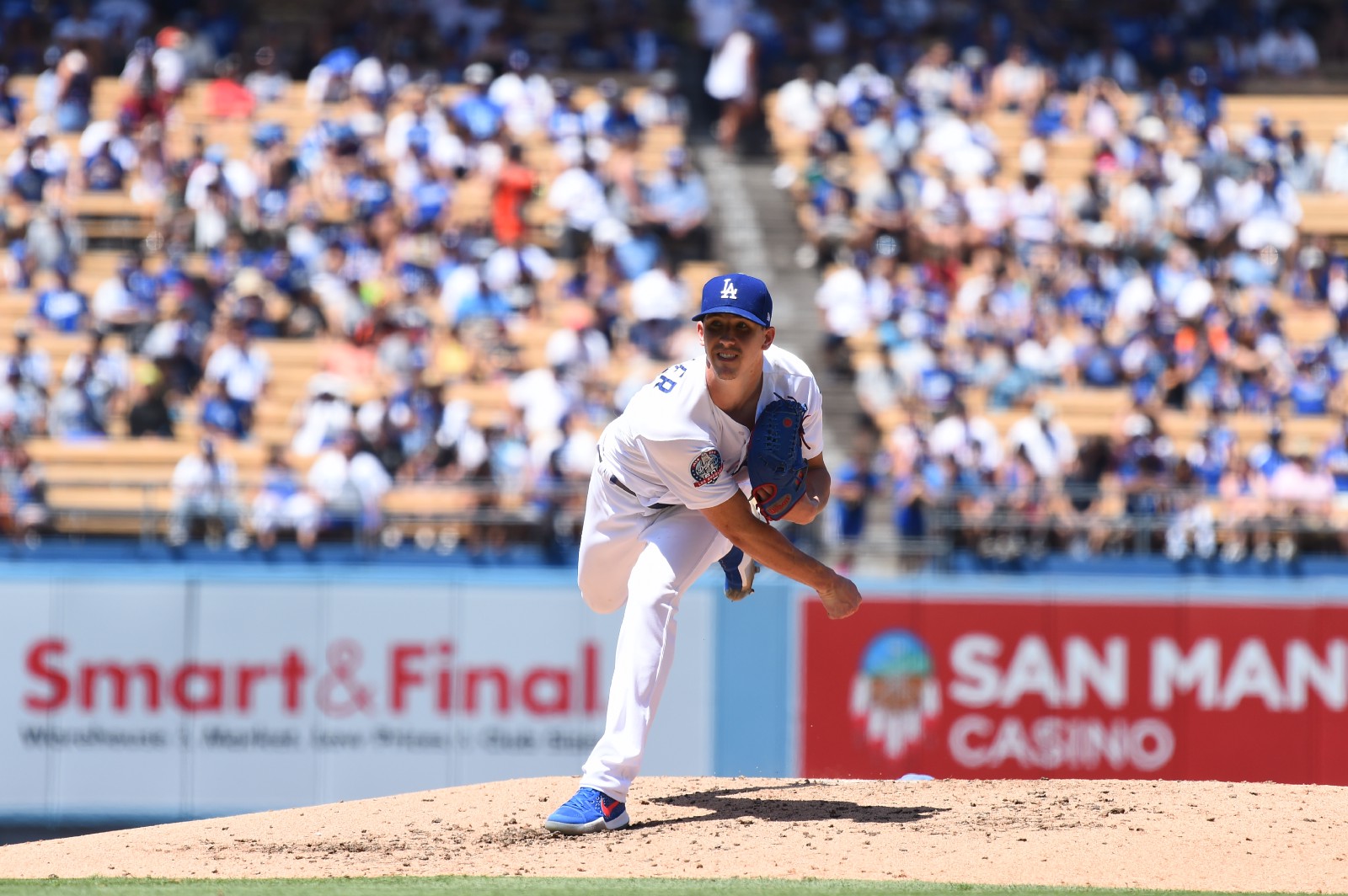 With just four games on tap, Monday’s MLB card is one of the smallest of the season, but there are still a couple plays we like for our best MLB player props of the day.

Our article focuses in on the 9:40 ET matchup between the LA Dodgers (41-19) at the Arizona Diamondbacks (30-30). We’re breaking down both starting pitchers in this one, starting with Walker Buehler, who is looking to pick up his sixth win of the season.

The article picks have been hot in recent days — Jacob deGrom came through on the over the last time out, while the card before that went 2-1. Meanwhile, our subscription picks went 15-4 over the weekend, and our season total sits at a profitable 203-146.  Join up and get the first week for free!

Despite consistent strikeout success in recent starts, this is not a great spot for the fourth man in the Dodgers rotation. Arizona’s Chase Field has been the third-least pitcher-friendly park in MLB this year, while the Diamondbacks present a tougher challenge than it appears at first glance.

In raw numbers, they strike out 8.88 times per game, the 18th most in baseball. But that is largely because they take more at-bats than any other team at 35.8 per game. Rate wise, they’re much better — going back over their last 150 games, Diamondback batters strikeout at a very stingy kRate of 18.8%, and this year they K just 19.4% of the time versus right-handed pitchers while hitting for a .327 wOBA.

This is a team capable of chasing a lot of starting pitchers — Arizona:

As for Buehler, he has strikeout totals of 8, 7, 7, 6, 6 over his last five games but has been getting hit hard, ranking in the bottom 20th percentile in average distance (234.9 feet) and barrelled balls (7) over the past month.

The 24-year old has been much worse the road as well, where his SO-to-walk ratio is about half of what it is at home.

Expect this bet to push a lot at 6, but there are enough red flags in this one to make the under a profitable bet.

This is a tricky one to cap, as we have a pitcher with an excellent kRate going up against one of the baseball’s stingiest teams in the strikeout department.

Ray ranks 15th in total Ks on the season with while boasting a K/IP rate of 1.31, fifth-best among all starters this season. He strikes out an impressive 31.8% of the batters he’s faced over his last 20 starts, but he’s also struggled with control, walking an average of three batters over his last four starts.

At first glance, the Dodgers are a trouble matchup, capable of chasing Ray from this one early on. But they’ve largely padded their batting stats at home while struggling on the road.

LA is also worse against left-handed pitchers like Ray — six batters in their projected lineup, including the pitcher, have a kRate of 23% or higher vs LHP.

We see that reflected in the historical numbers as well. In 99 plate appearances vs Ray, the Dodgers have struck out an incredible 41.4% of the time.