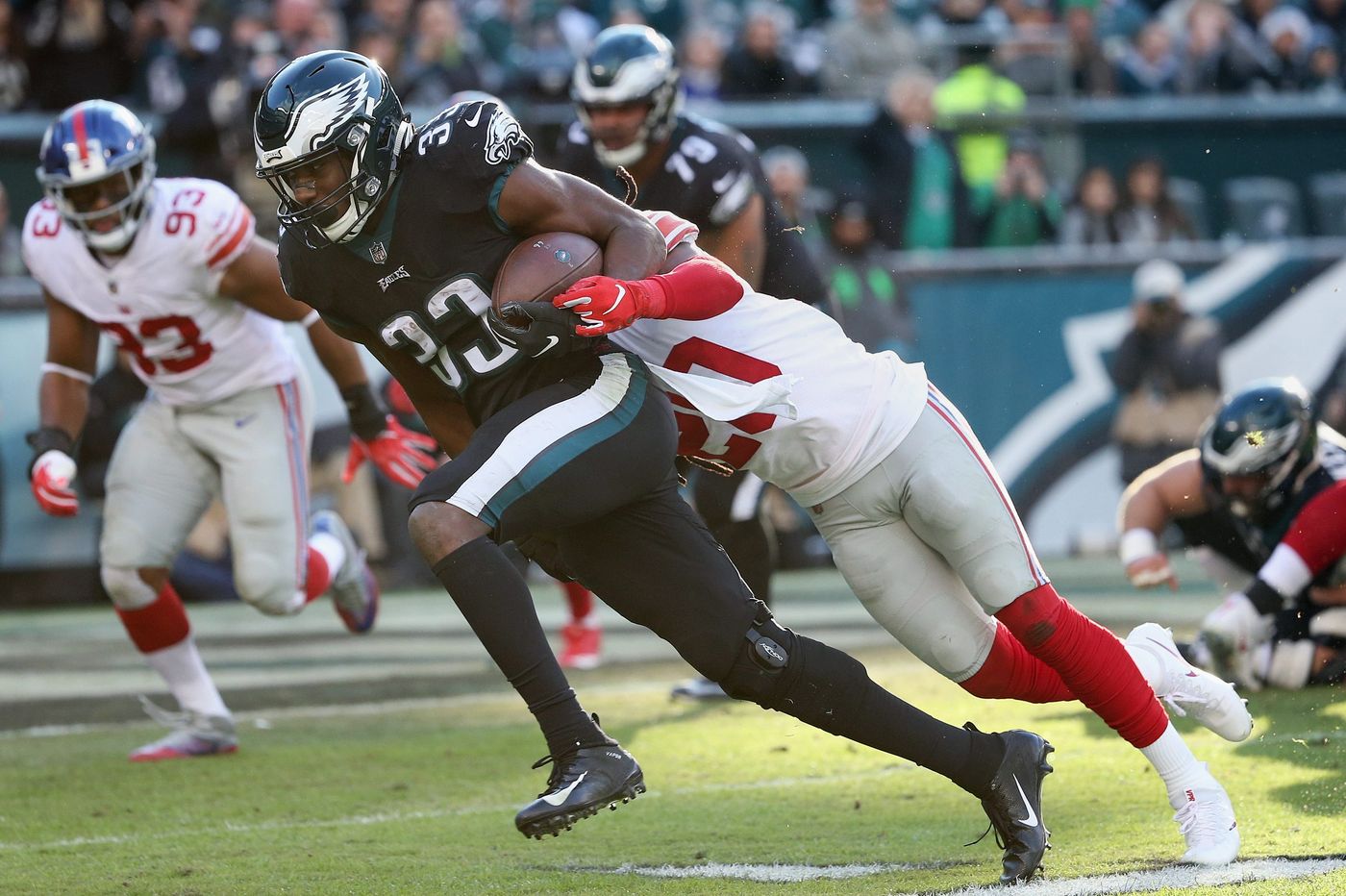 Our Monday Night Football prop bet card breaks down the first meeting of 2018 between the Eagles and Redskins.

With a over/under of 44.5 points in this one, don’t expect offensive fireworks. That said, two of our best MNF prop bets are leans on the over.

The Eagles’ newly minted starting RB went for 84 yards on a workhorse-like 22 carries against the Giants last week, not including a 52-yard TD gallop called back by a penalty.

Expect to see a whole lot more than seven carries for Adams against a reeling Washington run defense which has been gashed by opposing backs in recent weeks:

Even Ito Smith had 60 yards on 10 carries in that Week 9 Atlanta game.

While I’m slightly worried about Adams popping up on the Saturday injury report with a hip issue, he’s expected to play, and if the game goes according to script (the Eagles are 6-point favorites), volume shouldn’t be an issue.

However, if you’re at all concerned about his role tonight, steer clear.

This line has been set at 3.5 at 5 Dimes with a price of +125, which also looks to be a strong value if you don’t mind a little more risk.

Doctson has at least three receptions going back seven-straight games, hitting the mark in eight of 10 appearances this year.

He set a high-water mark for usage last week, however, as new starting QB Colt McCoy peppered Doctson with 10 targets, the second most he’s ever seen in a game.

Tonight’s matchup is about as unimposing as they come — the Eagles injury-depleted secondary is in shambles, giving up the fourth-most yards and eighth-most receptions to WRs.

A 6-point spread in favor of Philadelphia suggests a pass-heavy game script for the road underdogs, and Doctson should be busy.

Eight targets in each of the past two games provides some pause on this one, but interior coverage against TEs and slot WRs are the strength of an otherwise leaky Washington defense.

Cole Beasly (1 reception), Adam Humphries (2), and Mohamed Sanu (4) are some of their more recent slot victims.

As big home favorites, a Tate-heavy game plan from Philly is both unlikely and unnecessary.