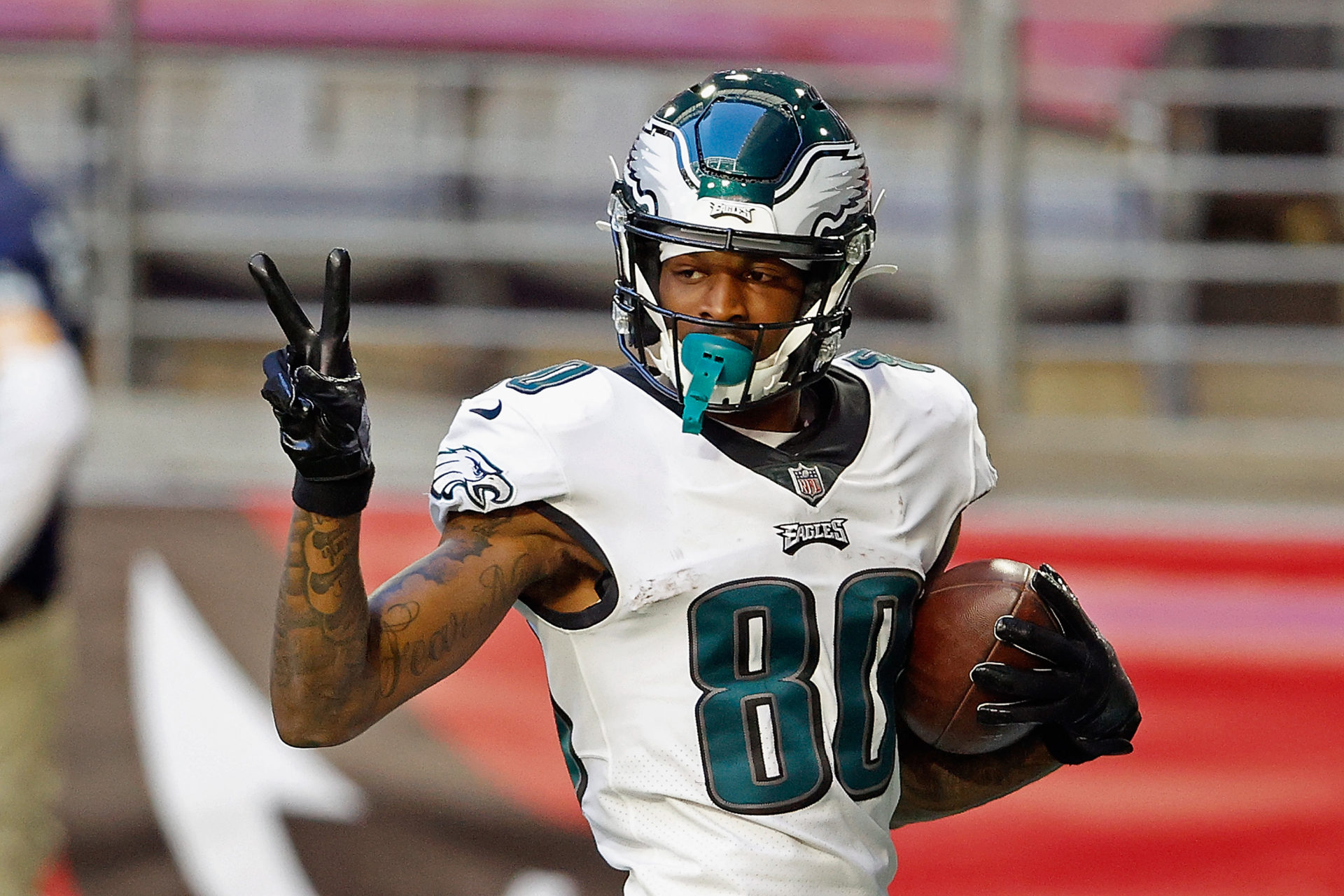 In a game with young stud wide receivers on both sides, we’re seeing value in the forgotten Quez Watkins as we break down our best MNF props for Eagles Cowboys.

Watkins was on our radar after beating out Greg Ward for the Eagles starting slot role in training camp, and last week he showed off his wheels en route to his first 100+ receiving yard game. While that’s not likely to repeat, his number is low enough that it doesn’t need to.

We’re 2-0 on our MNF picks so far this year, so let’s keep printing with another Monday night over in what profiles to be a high scoring game.

In just one play last week, Watkins went over this line with a 91-yard catch he nearly took to the house. He was only targeted one other time, but turned that into another 26 yards, accounting for a whopping 62% of the Eagles receiving yards on the day.

This was not surprising though, as Watkins is no stranger to big plays. His lone preseason reception went for a 79-yard touchdown, and while he only caught 12 balls as a rookie, he averaged over 20 YPR.

Against the Falcons in Week 1, Watkins had three targets but -7 total air yards as he was used exclusively around the line of scrimmage. While he finished that game with just 23 yards, it’s likely he’ll see a better mix of target depths going forward after showing off his 4.35 speed on deeper looks last week.

Over the final three games of 2020, Watkins averaged four targets and 34 receiving yards with Jalen Hurts under center. He hit these numbers despite running far fewer routes per game than he is this season. While there’s more healthy target competition on the Eagles this year, there’s a reason why Watkins should get extra looks this week.

The Cowboys have exactly one good corner. Second-year standout Trevon Diggs has two interceptions already this year, and has been the one bright spot in an otherwise putrid secondary. Watkins isn’t likely to see much of Diggs though, as the Cowboys have not hesitated to use him to shadow top wide receivers in the past, according to their secondary coach Al Harris.

“If you look at last year, we kinda did that last year,” Harris said of putting Diggs on the No. 1 wideout. “So me as a coach, and we as a defensive staff, we have no concerns about putting him on the No. 1 guy.”

It’s likely he’ll be tasked with defending DeVonta Smith or Jalen Reagor on the outside rather than Watkins in the slot.

Small sample aside, no team in the league has given up more pass yards per game this year than the Cowboys. This is a trend that dates back to last year as their defensive backfield was routinely roasted in the second half.

The total for this game is hovering around 52 in most spots, one of the highest totals this week. The Eagles are down two starting offensive lineman, and Watkins is set up to absorb some extra targets if the Philadelphia TEs are asked to help block.

Watkins put up 57 yards against Dallas last year on just 12 offensive snaps. Their secondary will struggle to deal with his speed again, giving him the opportunity for more explosive plays.