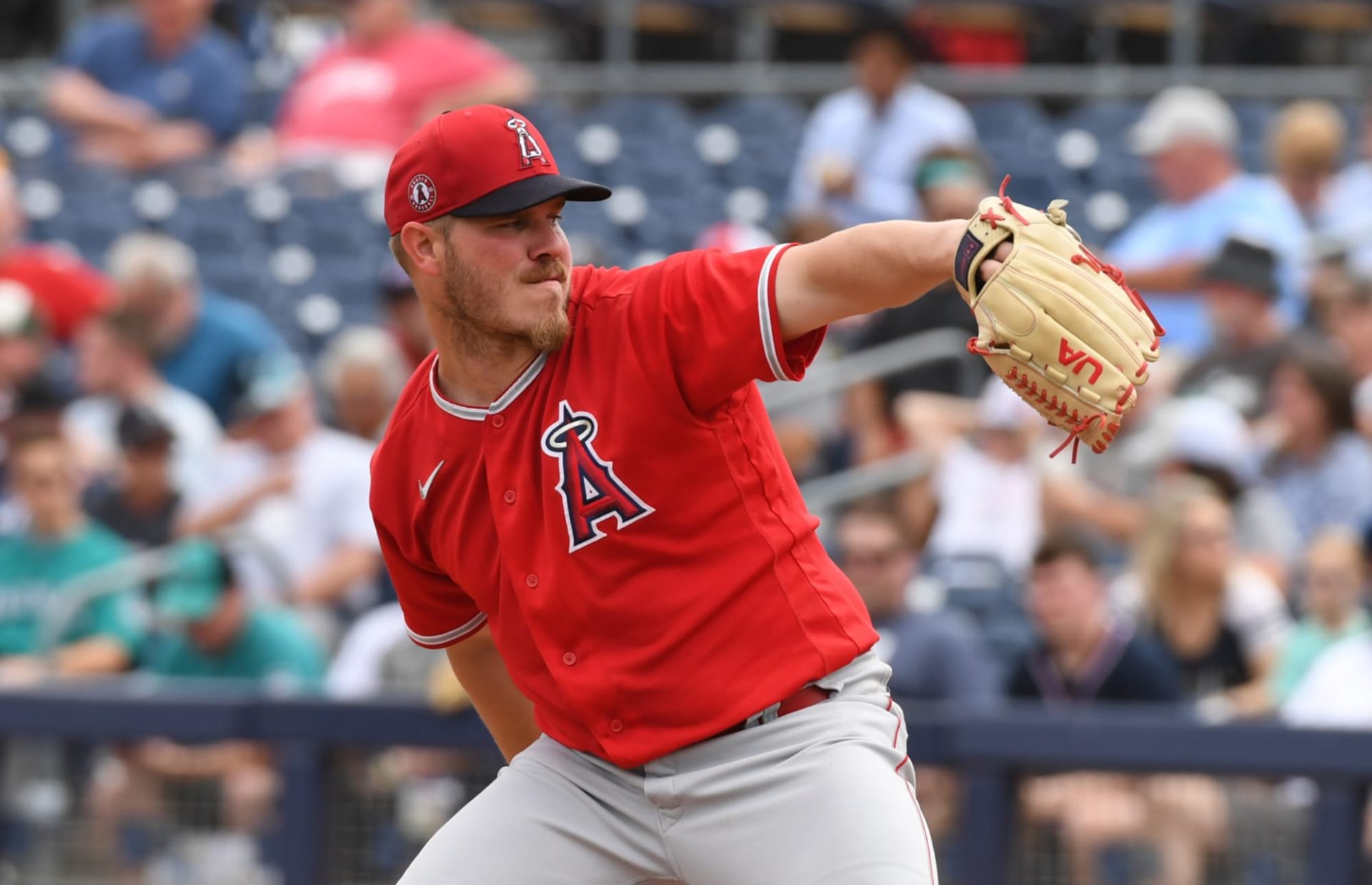 Update at 2:47 pm EST: This line moved quickly from the price we posted this morning but has been bought back at some books. The best line we’ve found currently is U6 (-127), but I wouldn’t be willing to pay much more than that.

Our article plays are on a mini-heater to start the year, now 3-0 after Monday’s play, and Tuesday’s play both hit. Let’s run it back again tonight with this MLB strikeout prop from one of the West Coast late games.

Overall, our best strikeout props are 12-6 (67%) for +5.08 units. You can get all our MLB daily plays props for free until August 6th. Details after the pick.

Basketball is back too, baby! Check out our favorite NBA props for the restart tonight.

Bundy converted on a nice, long start (92 pitches) to hit his over on strikeouts the first time around against the A’s, but he’ll get a much different look from the Mariners lineup tonight.

It’s not that Seattle’s bats are any better, but they are flush with lefties. Projected lineups currently have the Mariners sending as many as six left-handed batters (LHB) to the plate tonight.

The sets up poorly for Bundy, the owner of some severely slanted splits against LHBs.

Curiously, the averages of batters facing Bundy are not affected by the L/R splits – and they actually hit for more power from the right side – but when it comes to strikeouts, he’s a different pitcher depending on the batter.

A 28.4 kRate vs RHB is outright elite, while that 17.6 kRate from the other side is Jeff Samardzija-like.

As a team, Seattle ranks 22nd in strikeout rate on the season (25.8%), but over the past year, their underlying stats against RHPs are excellent. Their 10.4% swinging-strike rate vs RHP is third-best among all teams. Swinging strike rate is closely correlated to overall Ks, so such a low number (just 0.1% worse than the elite Dodgers) is a good indicator of their patience against RHPs.

Bundy may be coming off a quality start, but he hasn’t had too many of those over his last 20, allowing:

He just doesn’t have the ceiling, topping out at eight strikeouts in any start last year and only hitting 7 or more in 11 if his 30 starts.

For the Rest of Our MLB Strikeout Props…

We’re posting full cards full MLB every day for FREE and will be doing the same for NBA starting today!