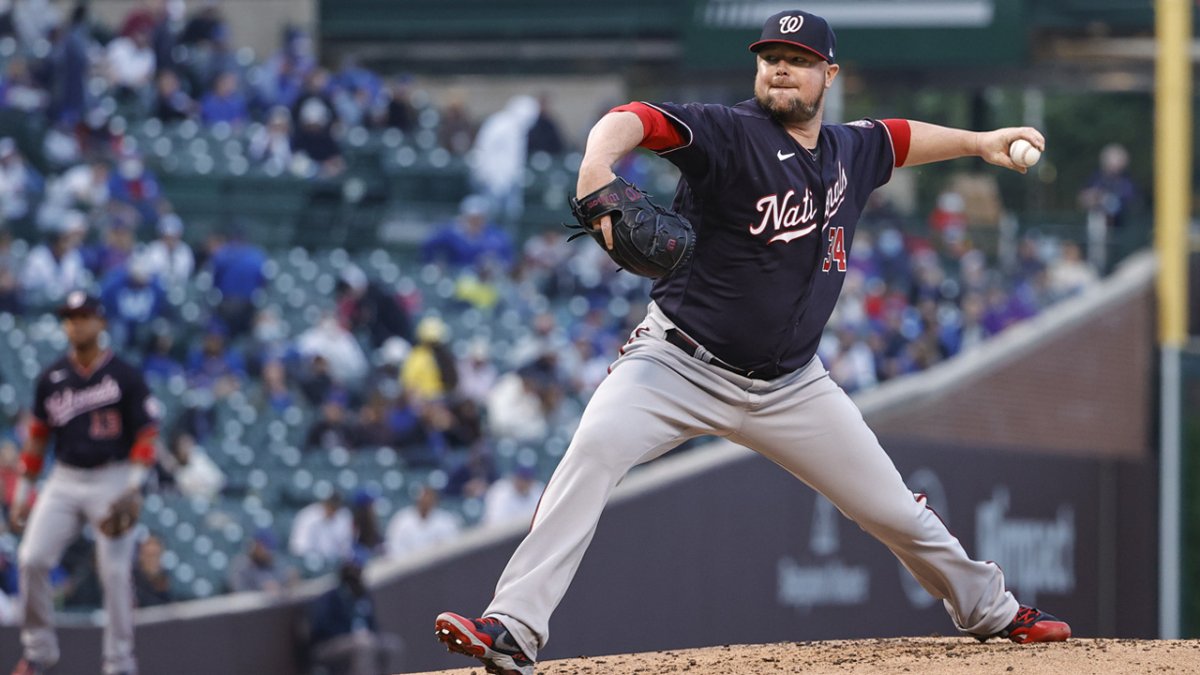 We’re keying in on Lester n our look at our favorite MLB strikeout props for today’s 15-game slate. The 37-year-old has had a rough season so far, throwing only 36 strikeouts across 52.1 innings pitched for a sub-par 6.19 K/9 mark.

His opponent today is the Rays, a solid and improving lineup that finds itself just two games back of the first-place Red Sox.

Fading Jon Lester is one of my top plays of the day as we look to get back in the win column after taking a loss yesterday.

The 2002 second-round draft pick appears to be well past his prime, struggling to find his stride this season with a 4.99 ERA and 1.53 WHIP, while his xwOBA and xERA both rank in the bottom-35th percentile.

As he carries on with his 18th season, those figures continue to decline:

Another factor affecting Lester is, you guessed it, the lack of sticky stuff. As a result of the crackdown, his spin rates have also taken a noticable hit:

Lester has failed to hit this number in nine of his 11 starts (81.8%) while going under the closing number on his K-Prop line 87.5% of the time. The under becomes more appealing when you realize that he has gone under in his last three starts, which correlates with his recent spin rate drop-off.

The only decent statistic that Lester hold’s this season is his chase rate, which ranks in the top-66th percentile. However, his Called Strike + Whiff% (CSW%) has remained below 20% in each of his last three starts. This correlation shows how significant his drop in spin has been as his chase rate seems to be a large factor for getting strikes.

Stung By the Rays

Not only do the Rays get an advantage facing Lester, but they’ve also improved their strikeout numbers. Tampa Bay does come into this matchup with a 10.8 K per nine innings rating. With that said, we can feel some relief since the Rays have been able to lower their 28 K% vs LHPs to 23 K%.

Per the BTP prop database, pitchers facing the Rays are 10-8 to the under on their prop line since the MLB crackdown on foreign substances began three weeks ago.

Lester also had a hard time pitching to the Rays earlier this month, throwing 91 pitches in just 3.2 IP and leaving the game before he could even finish the fourth. He only recorded two strikeouts, marking the fourth time in 11 starts that he’s rung up only two batters.

The combination of improvements in the Rays offense and the lackluster season by Lester help point to the under. Lester looks to be at the end of this rope as he has failed to hit this number in 81% of his starts in 2021. Look for the under as Lester prepares for his season rematch vs the Rays.