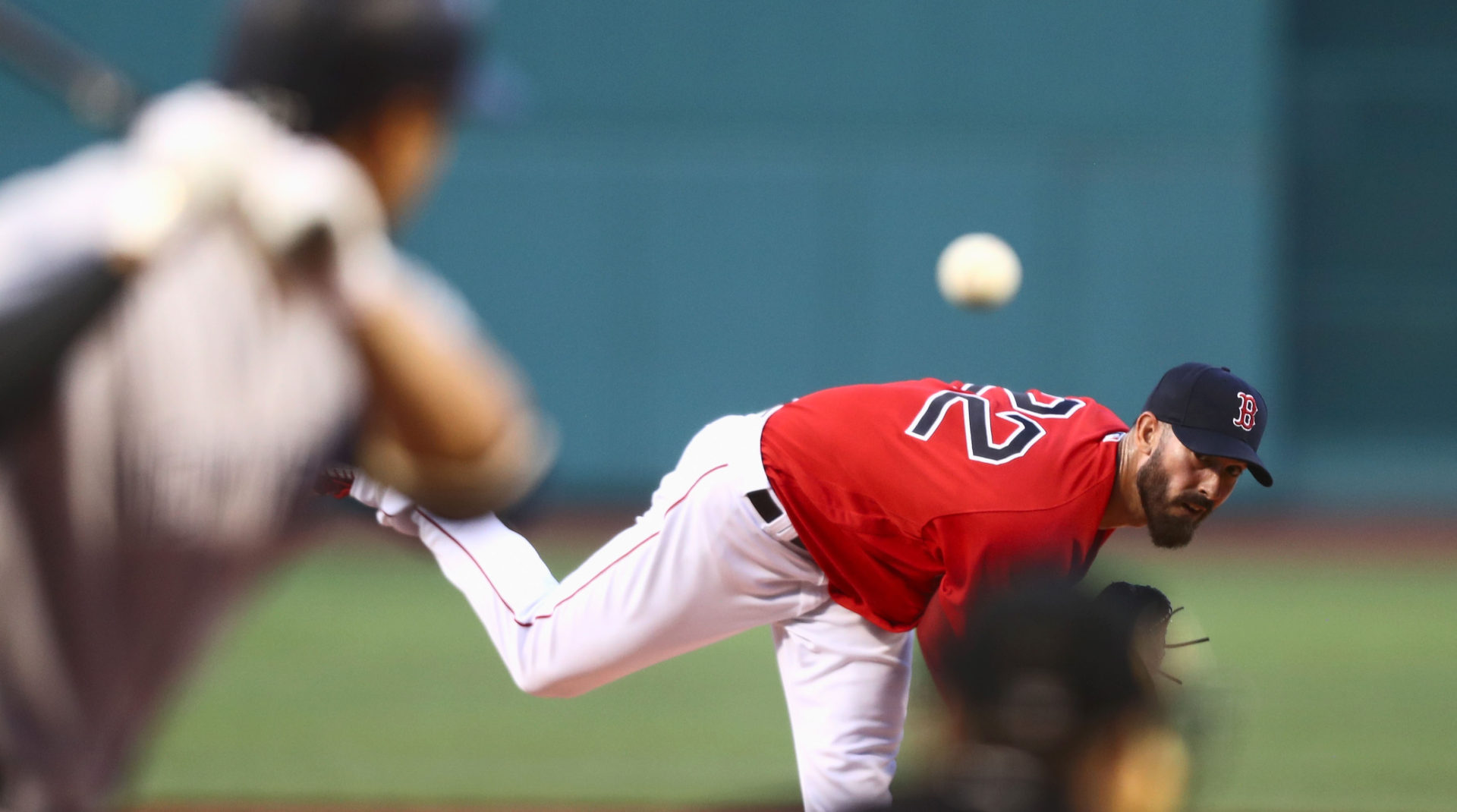 Friday’s baseball slate brings a dozen games, and we look to keep our MLB player props hot streak alive in the 7:10 EST matchup between the Boson Red Sox and Arizona Diamondbacks.

Ok, so we were a touch lucky to get a win from yesterday’s article, after Trevor Bauer needed to strike out the side in his final inning to hit the over. But Mr. 117-pitch Rubber Arm came somehow through, and we move to 3-0 in our free article picks on the year.

As for the picks from our subscription package, they’re now 24-18 on the season. You can get all our picks, plus Slack chat support, by joining the Bet the Prop team — try it for a week for free.

This line looks a little weighted down by Porcello’s poor first start of the season. He gave up six hits and four earned runs while racking up just three strikeouts against the Mariners.

He only lasted 2.2 innings in that one, but such an outing is a massive outlier for the former Tiger:

Porcello averaged 6.15 innings pitched per start last year, so unless there’s something wrong with him, there’s no reason to expect him to get bombed and chased from the game for a second-straight start. And while it sounds like there is some contract drama going on between he and the Red Sox, his health appears to be just fine.

Porcello stuck out 0.97 batters per inning last year and 0.89 the year before that, so he’s got a solid chance of hitting 5 Ks if he can last six innings.

Porcello faces the Diamondbacks, whose batters collectively rank 16th in the league in total strikeouts with 9.0 per game. That’s a sustainable number for them — last year they ranked 24th in strikeouts per game with 9.01.

Most recently, starter Joey Lucchesi struck out 6 Diamondbacks in 5.0 innings on Wednesday.

Again, all numbers point to Porcello being able to hit at least 5 Ks, as long as he can settle in for a nice long, quality start.