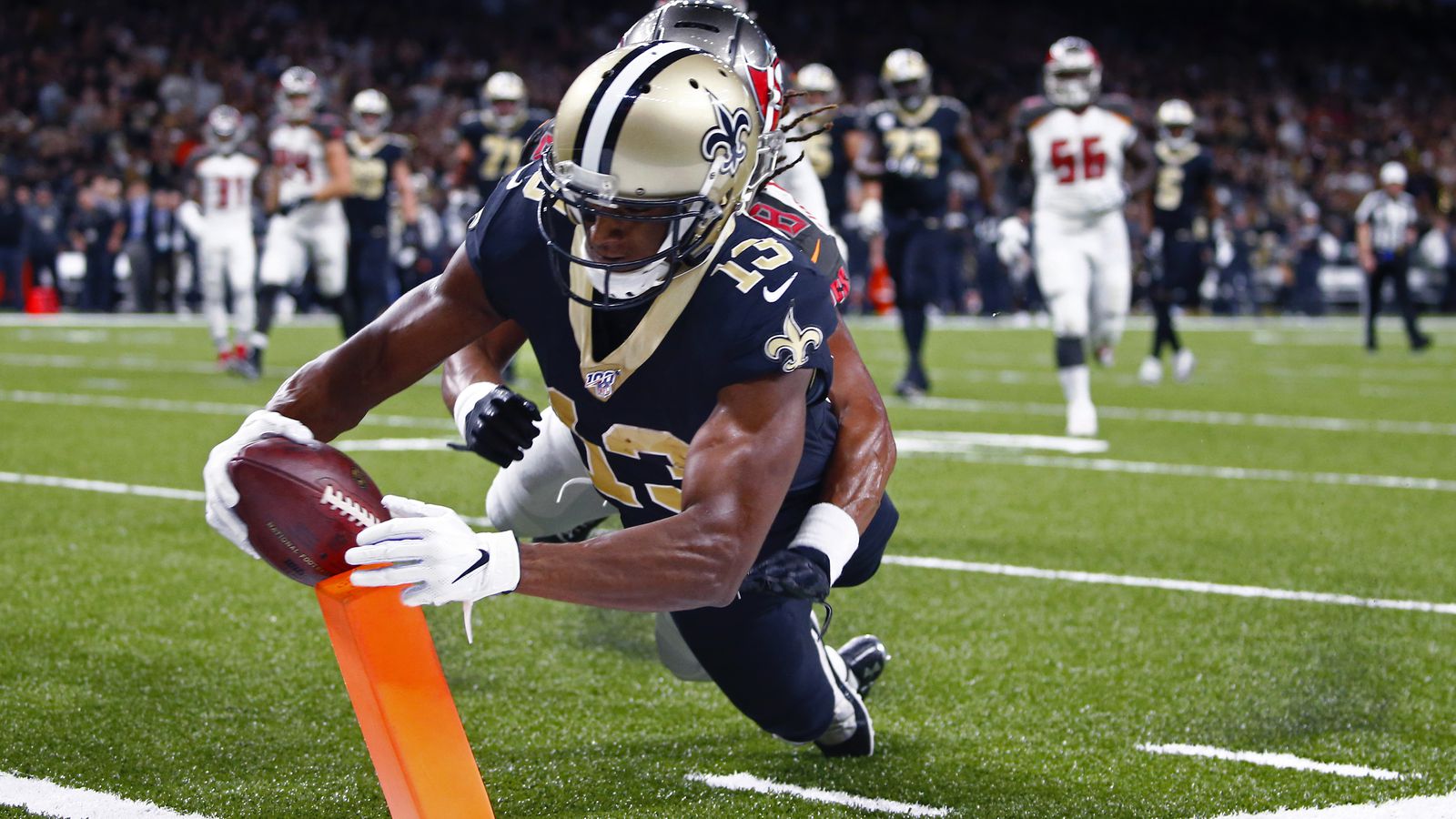 We haven’t much of a chance to play Michel Thomas props in 2020. Last year, he had 149 catches and 1,725 yards and won the NFL Offensive Player of the Year Award. He was the odds-on favorite to be the most productive wideout in football in 2020.

Things haven’t gone according to plan. The superstar WR hasn’t played since Week 1, missing time due to a myriad of injuries as well as a disciplinary absence in Week 5. He’s expected to make his much-awaited return to the field in Week 9 against one of the best defenses in the NFL in the Buccaneers.

Here is Bet the Prop’s betting record on the year; you can join us here for full weekly slates.

Note***: We locked this in at a price of +105 when it opened but still like it down to -135. After that, we suggest pivoting to yards instead — good up to 64.5. If you’re the kind of better who always wants every cent and yard of value, we’re the betting service for you.

We often preach that it’s sharp to bet the under, but we’ve actually played a few overs on SNF this year.

We’ll continue with that today, as linemakers seem to be over-correcting for the possibility of Thomas being limited in his return. While that’s always a possibility, Thomas is overwhelmingly likely to record at least six receptions if he’s playing at anywhere near full strength. 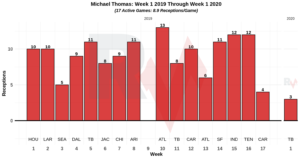 He only had three catches in Week 1 of 2020, but he also sustained an ankle injury in that game. When Thomas has been healthy – and, to be fair, that is a question entering this weekend – he has been a virtual lock to hit this number.

He is also two months removed from his initial high ankle sprain, although he picked up a hamstring injury a couple of weeks ago too.

At +105, I’m fine taking on the risk that his situation is more serious than we know.

Again, this risk in this bet mostly lies in the circumstance that his ankle and hamstring injuries are worse than we know.

Sean Payton has indicated that Thomas probably won’t play all the snaps, but that’s mostly for conditioning reasons. He should play at least 75% of the snaps, but considering his 31% target share over the past two seasons, that’s enough to get him to six catches.

It’s also worth mentioning that there could be sustained winds of 20mph in this one, setting up well for Thomas, who is unstoppable from short range.