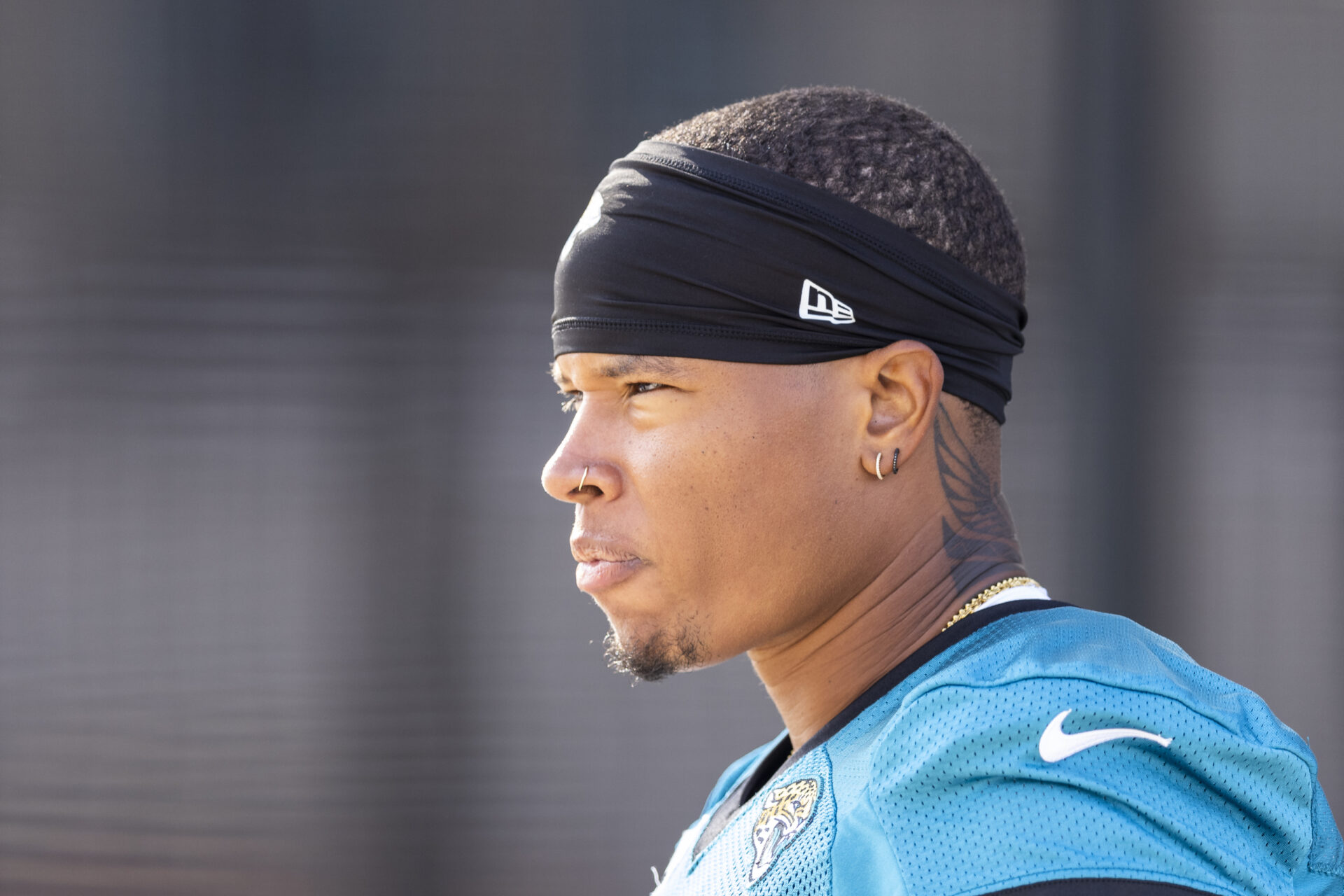 We’re kick off Divisional weekend with the highest total on the slate, as the Jags go into Arrowhead looking to upset the Chiefs. While we’ve got no play on the total here, there is a Marvin Jones prop we can take advantage of.

Jones has been accumulating plenty of targets lately, but he hasn’t been doing much with them. Can he rack up the receiving yards this week in what the market expects to be a shootout?

NFL is almost over, but we’ve still got NBA, NHL, PGA, and UFC props rolling in — join us here to get all our picks delivered to your device.

Let’s start with this fact: Marvin Jones has been bad this year

His 6.5 yards per target is lower than any season since his rookie year, where he only had a small sample of 32 targets. Jones’ catch % at 56.8% is also well below his career average.

The 32 year-old WR is doing this on a team where several of the other pass catchers are having career years. Christian Kirk and Zay Jones have both shined in their first year with Trevor Lawrence, and Evan Engram has revived his career after the Giants cast him aside.

Even with plenty of targets over the second half of the season, his results have still been anemic. He’s gone over this number just once in his last 8 games, averaging an abysmal 5.7 yards/tgt.

Despite that, his line has actually gone up this week, and is now at its highest point since back in Week 13 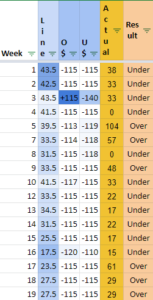 He’s been going under his line with regularity in 2022, and it’s even worse if you look at his opening lines, which would flip a couple of these overs to unders.

While the Chiefs do force teams into pass-heavy scripts, resulting in one of the highest pass rates against in the league, they’ve still been solid on defense. Their 6.7 yards per attempt allowed ranks seventh-best, and they’ve held opposing receivers under their yards line more often than not.

The market is expecting a shootout here, with the Jaguars trailing and passing heavily to catch up. We’ve seen that play out in recent weeks though, and Jones has still managed to go under despite high passing volume.

And if Jacksonville is able to keep this close, there will be even fewer targets to go around.

Jones was a very good receiver earlier in his career, but his best days are far behind him.