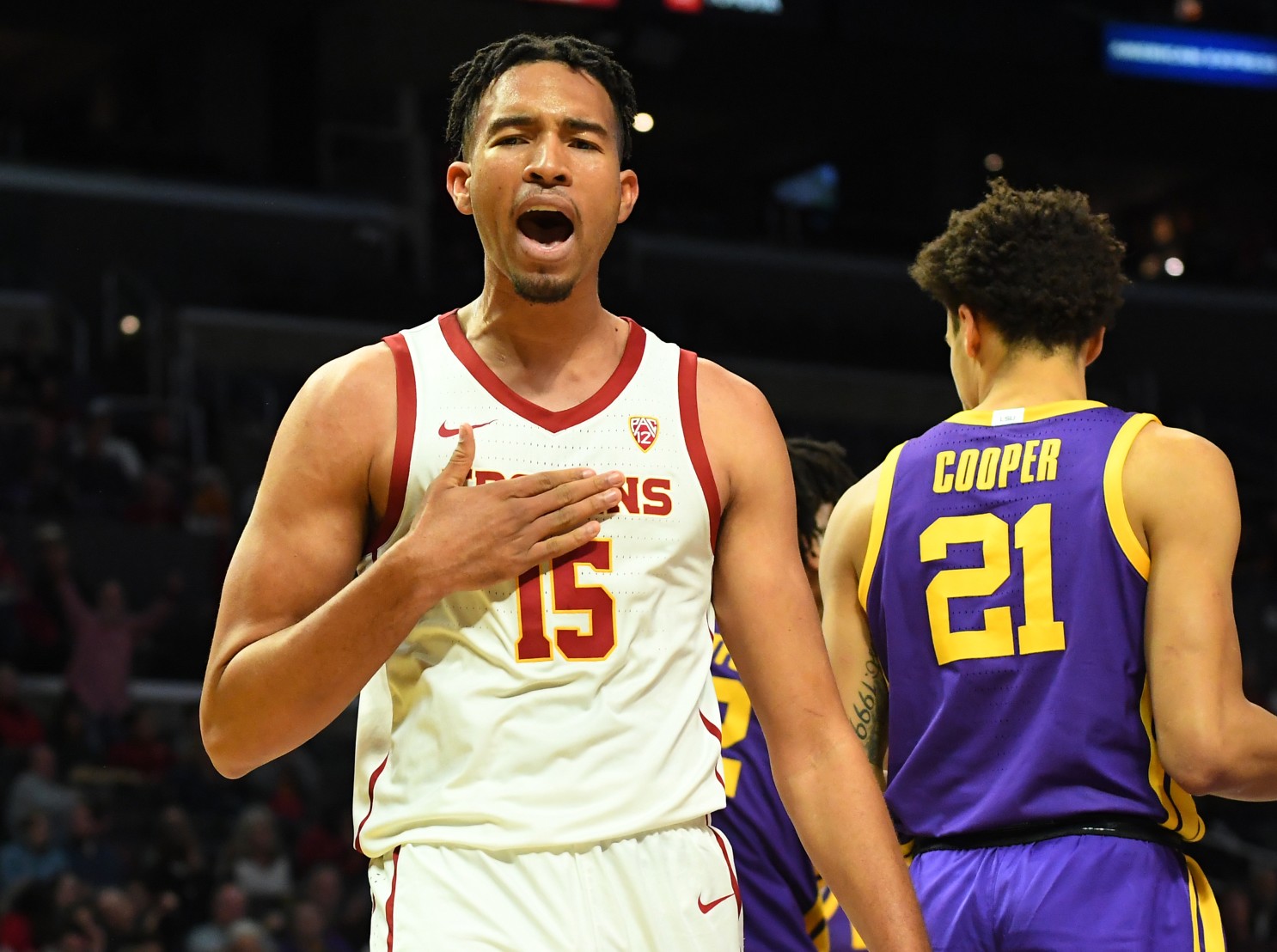 Houston and Baylor have already punched their tickets to the biggest stage in college basketball; tonight, we find out who will join them in the Final Four. And of course, we’ve got March Madness props if the games by themselves don’t pique your interest.

On the season, Bet the Prop is 216-100 (68.4%) on college hoops props, including 32-8-1 during March Madness. We’ve got two free plays for tonight’s games, and two more plays already released to our Slack where members already have huge CLV.

Editor’s Note: College basketball is wrapping up, but we’re gearing up for MLB props which we hit at 64% last year for our subscribers (check out all the picks on our results sheet). Get a full season of MLB as well as tons of NBA, UFC, PGA, and more picks when you join BTP today.

While Evan Mobley gets the most attention for USC, his brother Isaiah Mobley is a solid player in his own right. The sophomore big man averaged 7.3 rebounds per game on the season and recorded at least seven boards 16 times in 31 games. The market has correctly set his rebounds prop at 6.5, but the juice is on the wrong side of this line here.

Mobley averaged 26.8 minutes per game in the regular season, but he has topped the 30-minute mark in four-of-five postseason games so far. Considering he averages 0.26 rebounds per minute, that’s a significant difference. Gonzaga also has the sixth-fastest pace in the country (via KenPom), and more possessions intuitively means more rebound opportunities. While the Zags are a strong rebounding team on both sides of the ball, we still like the over here because of Mobley’s increased minutes and the Bulldogs’ frantic pace.

With Isaiah Livers out for the season, Brandon Johns Jr. has taken over as Michigan’s fifth starter. After averaging 10.0 minutes per game in the regular season, the junior forward has averaged 25.5 minutes since Livers’ injury. He’s had remarkably consistent playing time during that span too, playing between 24 and 27 minutes in each of Michigan’s last four games.

Because his role has changed so drastically, it’s not fair to use his full-season numbers for this one. He’s 2-2 at this number since becoming a starter with an average of 5.3 rebounds per game, which would indicate that this line is pretty fair. Still, we see some value in the under.

With Hunter Dickinson (22.0% DR) and Franz Wagner (19.6% DR) playing as much as possible in such an important game, Johns is the tertiary defensive rebounder for the Wolverines. Because of that, he probably needs a strong day on the offensive glass to hit this number – and that’s a big ask considering UCLA ranks 61st in the nation in opposing offensive rebounding rate (25.0%). The Bruins are also 78th in offensive rebounding themselves, so Michigan players are going to have to fight for every rebound.

Combine all that with UCLA’s sloth pace (337th in the country, per KenPom), and there’s just a lot of factors going against Johns here.