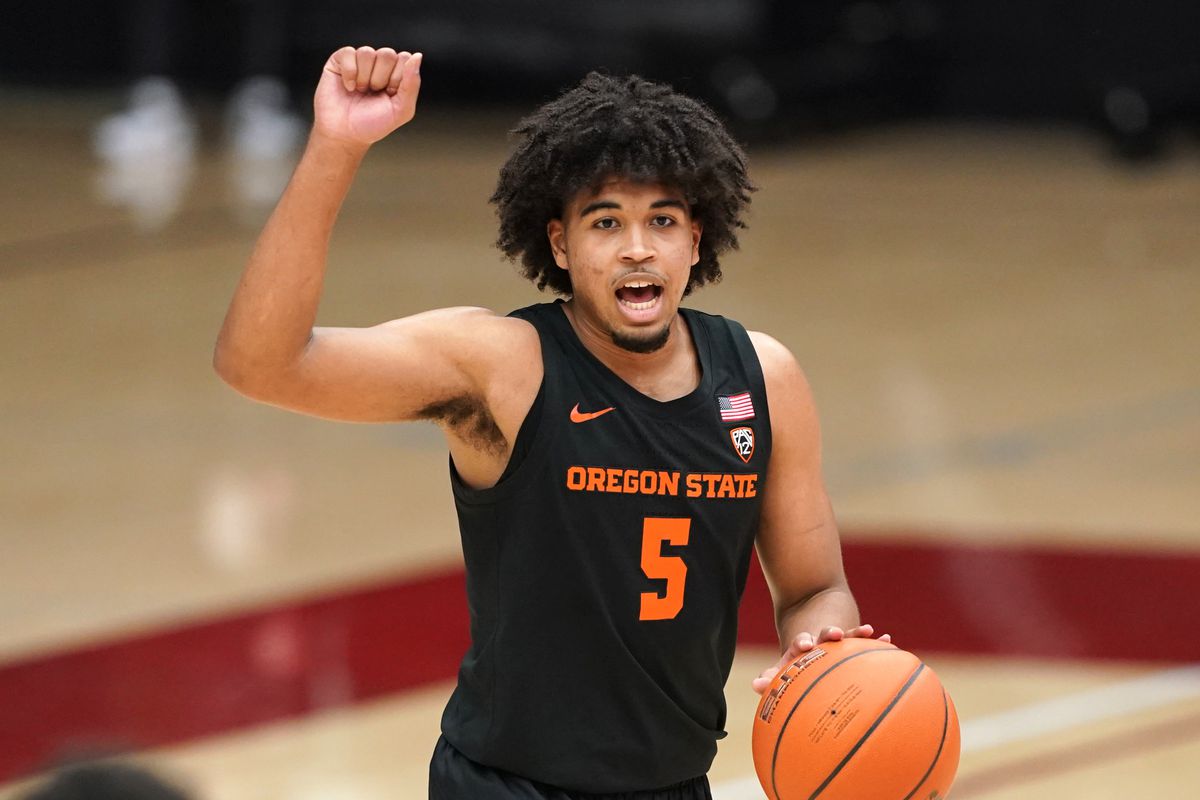 We’re nearing the end of March, but the madness is at an all-time high as we enter the Elite Eight, and I’ve got two free March Madness props teed up for you.

12th-seeded Oregon State has been one of the stories of the tournament so far, but they run into Quentin Grimes and Houston with a Final Four berth on the line – and we’ve got you covered for props.

Bet the Prop is batting 68.3% (213-99) on college basketball props this season, including 29-7-1 (80.5%) during March Madness. Join us by clicking the banner below to get all my March Madness props alerted to your device.

Let’s keep it going with two of my favorite plays from the Elite Eight!

Oregon State needed to win the Pac-12 tournament to even make the NCAA Tournament. They now find themselves one game away from the Final Four. Led by Ethan Thompson, the Beavers have ridden hot shooting all the way to the Elite Eight, where they’ll face their toughest test yet in Houston.

Thompson does a little bit of everything for Oregon State, averaging nearly 16 points per game to go along with 3.9 boards and 3.8 dimes. Impressive numbers, but that rebounding average is a far cry from the 5.5 number DraftKings has him at today.

Granted, he has gone over in four of OSU’s last five games, but this line still seems like an overcorrection. Thompson averages 0.12 rebounds per minute, which means he’d need to play nearly 52 minutes to expect six rebounds if all other factors are held constant.

Of course, that’s not how it works in practice, but Houston also happens to be a tough rebounding matchup.

The Cougars rank second in the country in offensive rebounding percentage at 39.5%, and their defensive rebounding numbers are above-average as well. Furthermore, they’re 326th in the nation in adjusted pace, per KenPom. Intuitively, fewer possessions mean fewer opportunities for rebounds.

Given the stingy matchup and the fact that this number is well above Thompson’s rebounding average for the season, we’re happy to take the under on this one.

Dejon Jarreau was battling a hip injury earlier in the tournament, but he handled a full 34-minute workload against Syracuse on Saturday.

The senior guard is averaging 4.3 assists per game on 27.8 minutes per game this season, and his minutes are up during the postseason. He went 18-10 at this number when healthy on the season. Oregon State ranks outside the top-300 in pace, but Jarreau’s assists line should probably be 4.5 given that his median outcome this season is five.

Thanks for reading – and we’ll add to this article as more sites come out with props (right now, DraftKings is the only book with lines fully loaded for Monday).