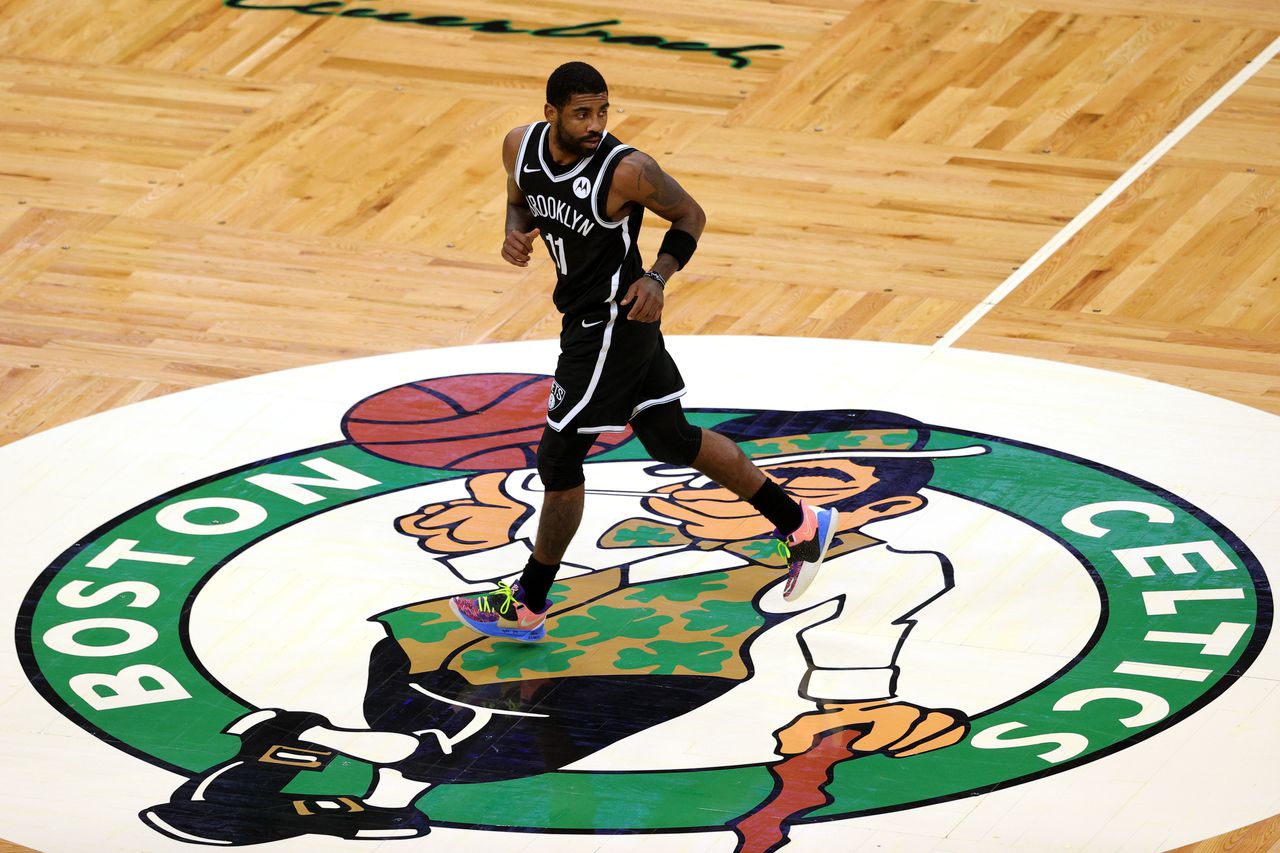 Kyrie Irving props have been in very much in play lately with Kevin Durant still on the shelf, and we’re going for it tonight in a potential revenge-spot.

Some nights, we’re feeding you boring unders for easy cashes; others, we’re giving the people want they want — superstar studs putting up huge numbers in in fun narrative spots. Let’s jump in.

We’re hitting 61.6% on NBA player props this year, and MLB is just a few weeks away (64% on K Props last year) — get all that and more when you join us here.

The revenge-game title is a little tongue-in-cheek. I’m still not convinced those angles carry much statistical significance, but it makes for the fun headline. It’s definitely worth mentioning, however, that Irving did put up his best game of the season against the Celtics earlier this year, punishing them for 51 PRA in a 33-point blowout.

Let’s look at the latter first.

The splits with Durant off the court aren’t stark, but Irving clearly gets a tidy little volume bump when it’s just he and James Harden running the offense. Even including games that Durant has played, Kyrie’s average of 38 PRA is still enough to get us over that 37.5 thresholds.

And his ceiling is probably a little higher in tonight’s matchup.

We talked about it yesterday in our look at 8 Insane Facts From the NBA Prop Season So Far — no team has allowed a higher percentage of PRA overs this year than the Celtics (55.4%).

They’ve been particularly vulnerable on point guard props – Irving’s position – allowing all PGs to go over their PRA total 58.6% of the time, the fifth-most in the league.

We should expect them to improve in the second half, starting tonight with the likely return of Marcus Smart to the lineup. Still, with such a high total in this one, Boston’s defense can be better, and we can still get there on the strength of a little extra game pace volume.

The revenge angle is a nice bonus, and who knows, maybe there’s something to it — that certainly appeared to be the case in their first meeting this year.

Either way, there are lots of paths to hitting this over, and I expect to see Irving flirting with 40 here more often than not.