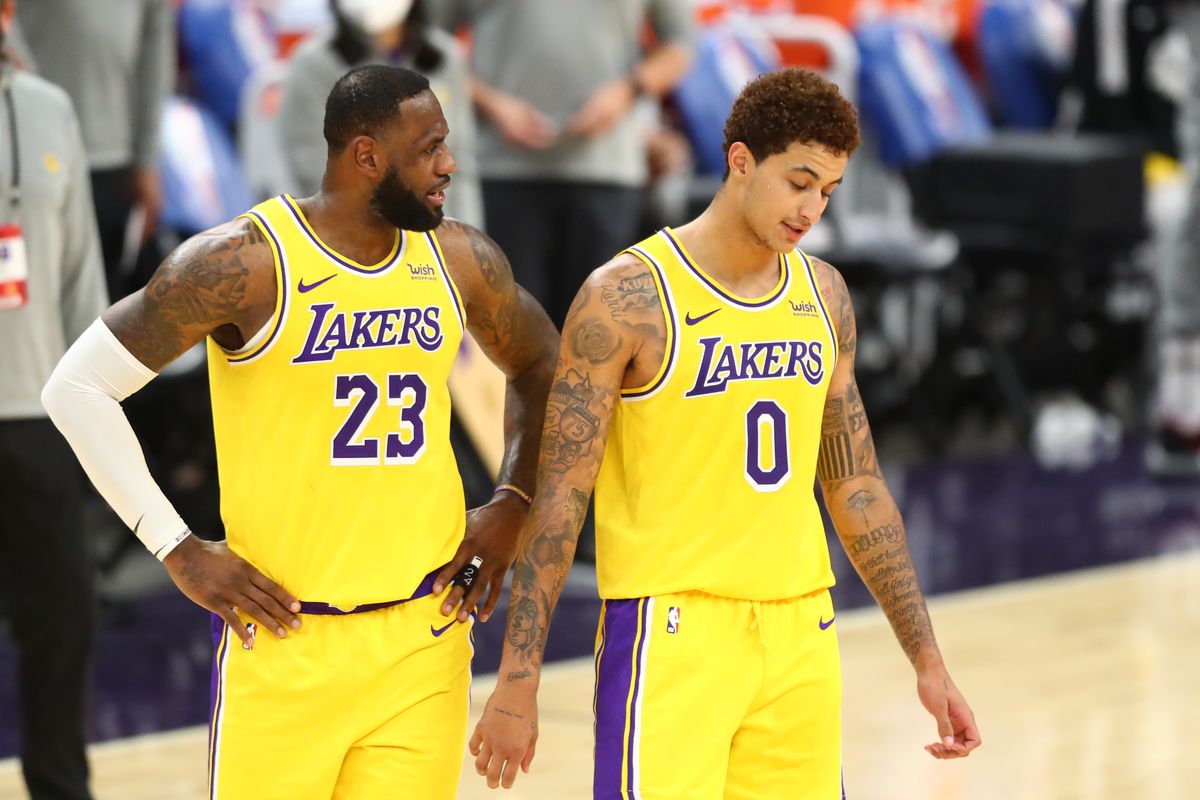 Bookmakers are aggressively pricing these Kyle Kuzma props now that King James is on the shelf with an ankle injury. Kuzma arrives with an optimistic line tonight, one which we have no choice but to fade, particularly in this matchup.

We’re hitting 60% on the year for our NBA player props. We also just launched our MLB Early Bird Sale (20% off with code MLB20) — there’s never been a better time to join us. Looking for more of our Results? We’re tracking everything here.

One of the first questions many player prop analysis ask is — how has he done against this line?

That’s important to know, but we also want to how the player has performed against his actual prop line, not just today’s specific line. Why? Because that tells us how a player performs against expectation, and in this case, expectations are sky-high for Kuzma in the absence of LeBron.

On the season, Kuzma has fallen short of oddsmakers’ expectations more often than not, going under his PRA line 57.1% of the time.

However, he’s getting a huge bump here. Over the last six weeks, Kuzma’s average PRA line has been set at 23.8 with a high of 27.5. So today’s line of 29.5 represents a 24% jump from his average and a 7.3% increase on the highest line we’ve seen from him all year so far.

That’s aggressive, particularly considering his usage doesn’t actually get much of a bump without LeBron.

While his minutes will increase slightly to help pick up the slack, Kuzma doesn’t benefit from extra efficiency or usage with LeBron off the court.

In fact, on a per-minute basis, his points, FG attempts, and USG% all take a slight hit.

In the two games without LeBron, Kuzma totaled 25 PRA vs an excellent Suns defense and 33 vs the Pelicans, who are bottom five in points allowed.

Tonight’s matchup may not be as tough as the Suns, but it’s close. On props, the 76ers are forcing:

Their raw numbers fall in line — seventh in total points allowed, sixth in rebounds allowed, and fourth on Defensive Efficiency.

Granted, Joel Embiid has been a big part of that, and he’ll miss his seventh-straight game. But Philly has been just fine without him, allowing the fewest points and ranking fifth in the league in overall Defensive Efficiency over the last five games.

Kuzma still has some 30+ PRA results in his outcomes, but this is a classic overreaction spot to another player being out.

It’s an aggressive number to put out there, especially considering Kuzma’s per-minute production really isn’t affected by LeBron, so we’ll take the value and let the chips fall.