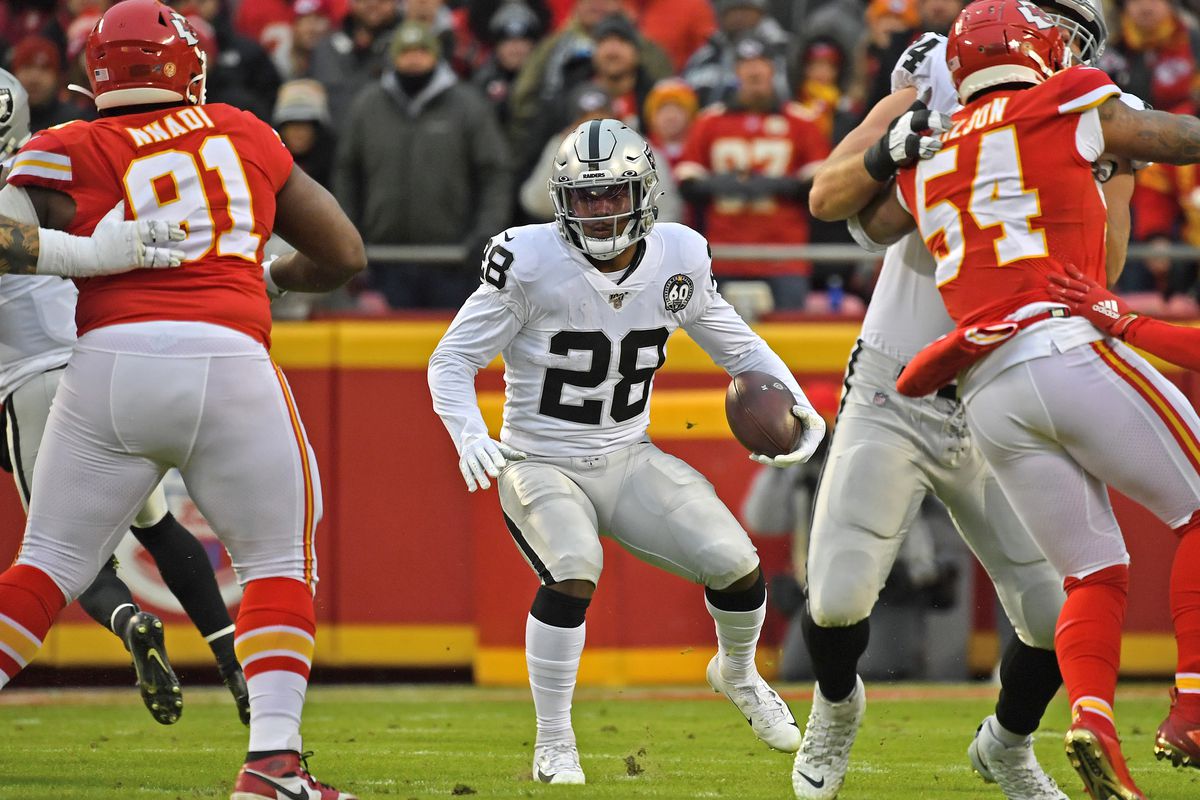 Josh Jacobs props are going over at a heavy clip to start the season, but that could change tonight as the Chiefs and Raiders meet on Monday Night Football.

While the Raiders clearly want to run the ball with Jacobs early and often, they may not have much choice in the matter as they face the league’s highest-scoring offense in Kansas City.

Let’s jump into the pick.

He’s hit this in three-straight games, morphing into one of the biggest bell-cow backs in the league under new head coach Josh McDaniels.

Jacobs’ snap share hit a Saquon-like 89% in the last game, and his 188 snaps were the fifth-most among all RBs coming into Week 4. 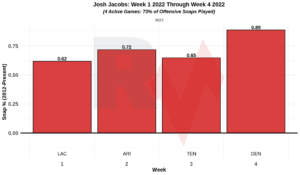 However, some of that may be driven by matchups and game scripts. The Raiders were either favored or within a field goal on the spread in each of their last three games, which allowed them to stick with a run-heavy game plan.

Tonight, they are 7-point underdogs on the road in Kansas City. The Chiefs have the highest-scoring offense in the league, and if they can get out to a lead in the first half, Jacobs may end up being scripted out of this game.

That’s what happened last year in this matchup — Jacobs averaged 16.6 carries for 64 yards in non-Chiefs matchups, but in his two games against KC, he averaged 8.5 carries for 20 yards, falling well short of this number both times.

Last year, teams had good success in running the ball to keep Patrick Mahomes and company off the field.

The Chiefs defense allowed 4.8 yards per carry last year, second-most in the league; this year, they boast the third-best YPC in the league at 3.33 and have allowed just one RB to hit this number. 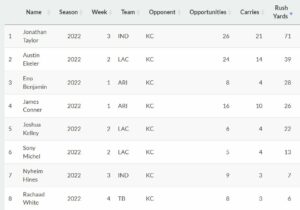 Even then, Jonathan Taylor needed a massive 21 carries to hit this number, and he only had that opportunity because the Colts got out to an early lead.

KC is allowing the fewest rushing attempts so far, and they’ve held 71% of opposing QBs under their closing line on rushing yards this year.

We have both volume and efficiency working in our favor.

The Chiefs are big favorites, suggesting a game environment that will make it difficult for the Raiders to stick to the run.

And even if the Raiders get the lead in this game, the strength of the KC rushing defense gives us hope that we can stay under this number on efficiency as well.