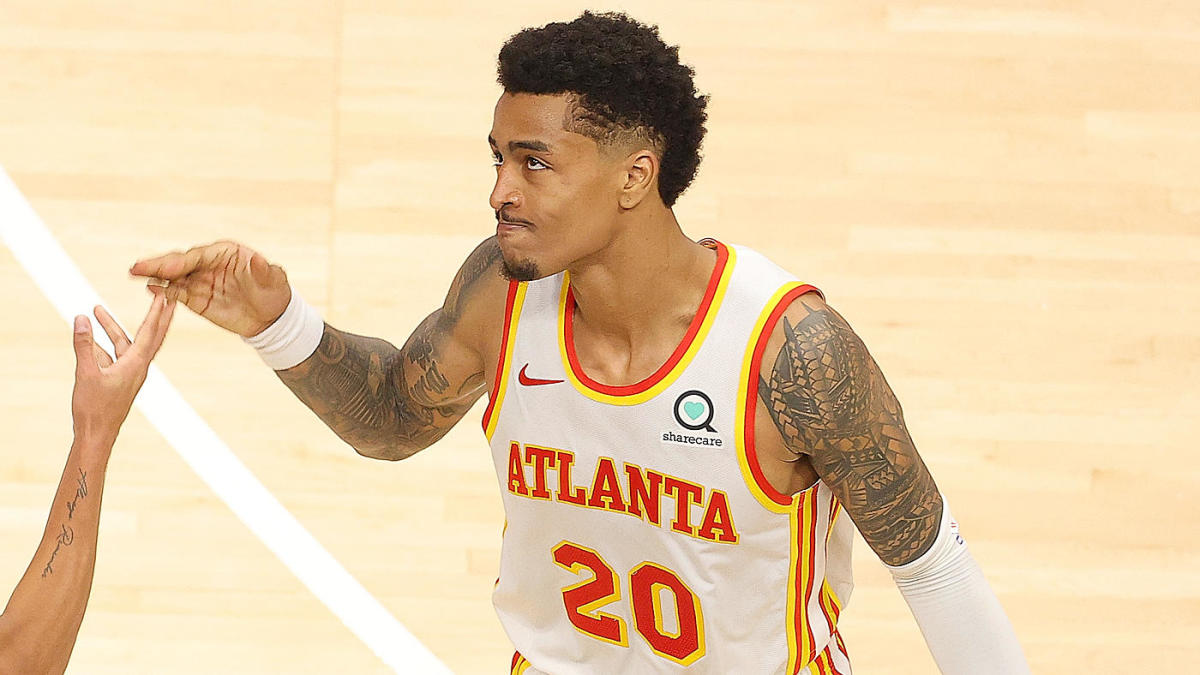 I’m back with John Collins props after a somewhat lackluster night of hoops. Both games resulted in wire-to-wire beatdowns that were out of reach by the 4th quarter.

I’d like nothing more than to redeem myself today after missing out on my article pick yesterday. Today’s prop of the night belongs to a favorite of mine, John Collins.

If you’ve been reading my articles this season you’ve heard me heap plenty of praise on Collins. The talented big man from Wake Forrest is a gifted scorer capable of knocking down shots from anywhere on the court. He makes for one-half of an excellent pick and roll partner for Trae Young, as Collins’ range extends beyond the three-point line.

He had a quiet opening round against the New York Knicks, although Atlanta didn’t need his offensive contributions against an opponent who failed to top 100 points in four out of five games. Collins still had a large impact in the series as he was tasked with guarding recently crowned Most Improved Player and likely All NBA selection Julius Randle. Collins is not known for his defensive prowess but still helped in shutting down Randle to the tune of 18 PPG on a dismal 29% shooting from the field.

Atlanta will need Collins’ offense to beat a 76ers team who averaged 124 points in their opening-round series against the Wizards. Philadelphia also possesses the personnel to potentially make life difficult on Young, who torched the Sixers for 25 first-half points and ultimately finished the game with a team-high 35.

In the second half of Game 1, the Sixers attempted to trap Young a lot more and were successful at getting the ball of his hands. This led to Philly nearly pulling off an improbable comeback. If the Sixers implement a similar defensive game plan today, Collins will get lots of open looks.

The 76ers are playing faster than any team in the playoffs, averaging 103 possessions per game, a major factor in the 253 combined points in Game 1. Collins finished the game with 27 PRA while shooting 7/9 from the field, 3/4 from beyond the arc, and 4/4 on free throws. That’s eye-popping efficiency and I’m expecting an increase in field goal attempts in Game 2.

In the regular season, Collins squared off with the 76ers three times and compiled averages of 21 PRA in only 26 minutes per game (.80 PRA per minute). Collins is playing upwards of 35 minutes in the playoffs which projects to roughly 28 PRA.

I’m anticipating a competitive back and forth game between two evenly matched teams. I have Collins penciled in for 26 PRA and could see him having an even bigger night depending on how the 76ers decide to defend Trae Young.