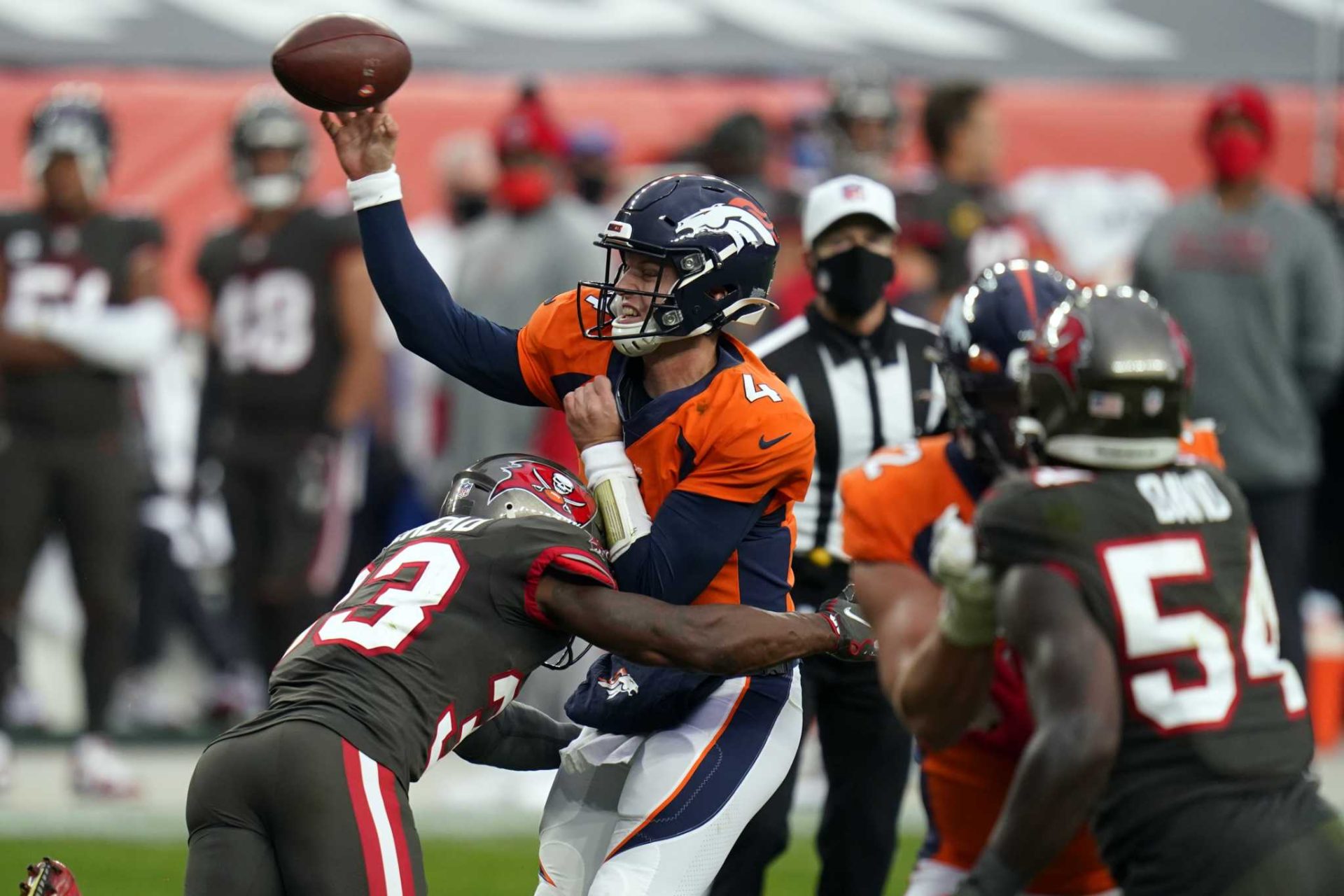 After signing to the Broncos practice squad last year, Rypien saw his first NFL game action in Week 3 as second-string QB Jeff Driskel was benched for his poor play. Can Rypien take advantage of the opportunity to start against a Jets team bereft of talent, or will the undrafted free agent falter on the road in a short week?

Let’s look at the odds.

Let’s start with what we know about Rypien. While he was a prolific passer at the college level for Boise State, he was viewed as a QB who benefited from his offensive system and failed to get drafted coming out of school in 2019.

The only NFL action we’ve seen from him was in the fourth quarter last week versus the Buccanneers, where he entered the game late with the Broncos in full comeback mode. While Rypien did start 8 for 8 for 53 yards on a series of short passes.

His ninth and final attempt was right to Tampa Bay safety Mike Edwards for an interception, however.

This is not a hot prospect, and there’s no reason to believe he’d ever even have been on an active NFL roster without the injury to starter Drew Lock.

And that’s really the crux of this play here, because there’s no reason to believe that just because he was announced as the starter that he’ll necessarily stay the QB for the entire game. Per ESPN:

Fangio also said there is a chance Jeff Driskel, who started the Buccaneers game, would play in some situations against the Jets.

“We’ll just see how the game unfolds,” Fangio said. “We may change it up a few times.”

A frustrated Vic Fangio was looking for a spark last week in a losing effort and was willing to bench his starting QB, and there’s every possibility it happens again here in Week 4. The movement in the spread of the game certainly indicates books and bettors both believe Rypien is a significant downgrade from Driskel.

Even if Rypien plays the full game though, there are still a couple of paths for this bet to hit.

Though the Broncos are now slight underdogs, the Jets offense is dead last in the league in both points and yards. It’s unlikely they force the Broncos into a game script where they’re looking to air the ball out. If they do, it probably means Rypien has not played well to that point and is at risk of being benched. The Broncos shouldn’t lean on a QB who was on the practice squad just last week unless they have to.

This bet can also hit if Rypien just flat out stinks. There’s a reason he wasn’t drafted, and a reason the Broncos chose to bring in Driskel rather than rolling with Rypien as the backup to Lock.

The odds are that he just isn’t very good.

While Rypien could be a diamond in the rough, and the Jets defense could just be bad enough to let him go over this number even if he isn’t, there are plenty of scenarios where Rypien isn’t able to throw for 220 yards.

His two top wide receivers and primary running back weren’t even on the team last year and have limited practice with him. He’s a UDFA 3rd-stringer, on a short week, on the road, making his first start, and his coach already said he may mix in the more experienced Driskel. Rypien is set up for a Thursday night dud.