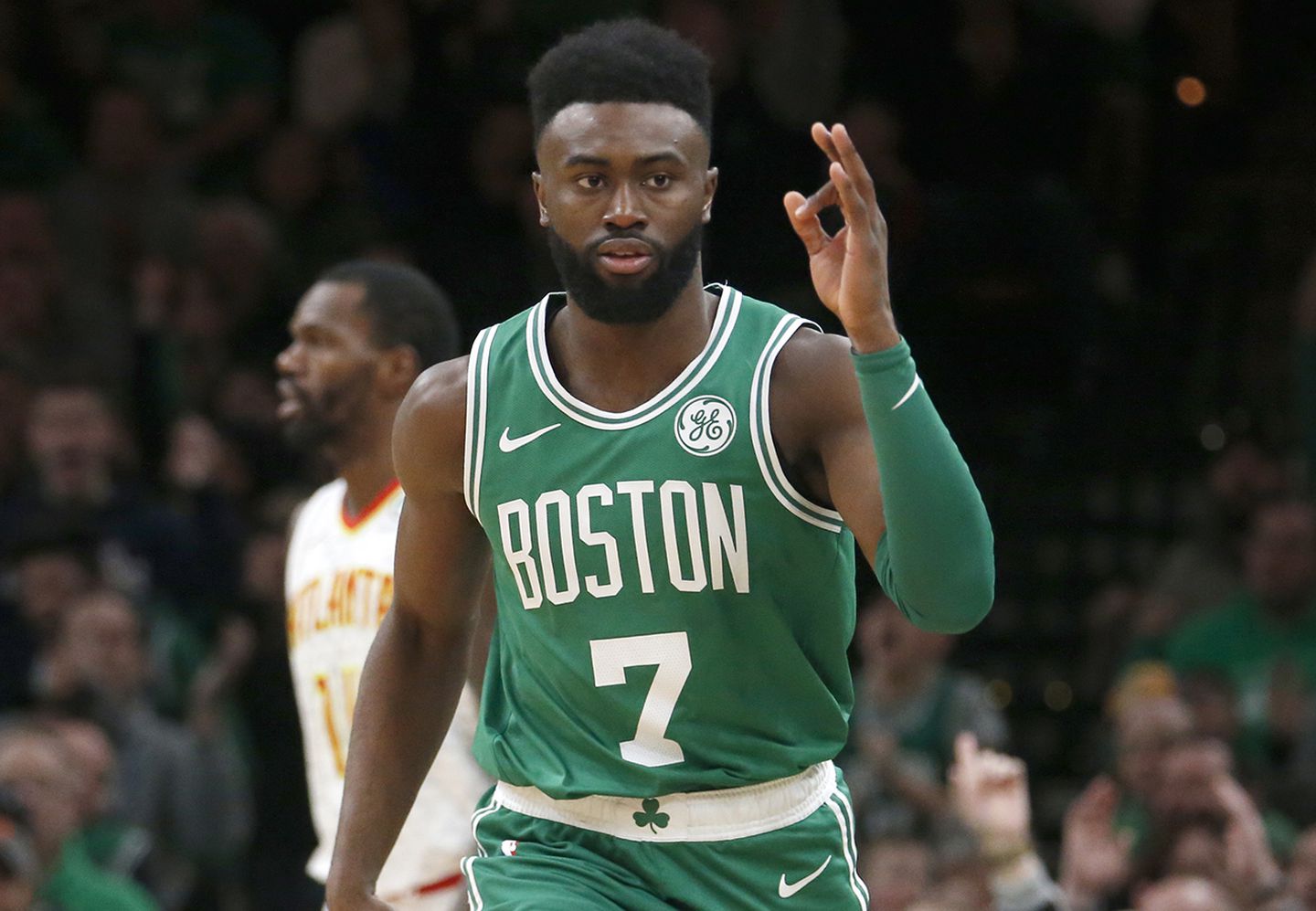 With the whirlwind surrounding yesterday’s NBA trade deadline behind us, we’re treated to a massive slate of 11 games tonight, and Jaylen Brown props are a standout selection.

His role may be slightly bigger after the Celtics made two moves, shipping off center Daniel Theis and their backup point guard, Jeff Teague, and acquiring sharpshooter Evan Fournier as well as big man Mo Wagner. Neither of the new acquisitions is expected to be available tonight, leaving the Celtics a bit shorthanded.

And with that, I love Brown’s potential to carry his team into the daunting matchup versus the Bucks.

Line available at publishing. Playable up to 24.5.

If the Celtics’ season last year was defined by Jayson Tatum‘s emergence, this year’s breakout candidate has clearly been Brown. The fifth-year pro has fulfilled the potential the Celtics saw in him when they drafted him with the third-overall pick in 2016. Averaging a career-high 24.7 points, the first time All-Star has been Boston’s most consistent player in what has been an up and down season.

Brown has exceeded this point total in 25 of his 41 games, including in the six of eight since the All Star break. He’s second on the team to Tatum in scoring, by the slimmest of margins.

However, the Celtics have only had their big three (Brown, Tatum, and point guard Kemba Walker) together on the floor for 19 games this season. In those games, Brown’s point total reigns supreme, at 22.8 per game. Eleven of those contests saw Brown reach at least 24 points. When in the game at the same time, Brown leads the trio in points and usage rate. Of the three, he’s been the one to sacrifice the least.

And with tonight’s matchup versus the Bucks, Brown is positioned best to lead the Celtics.

Ranking seventh in defensive rating, the Bucks pose a tough matchup for the Celtics. Though, in their first two matchups, Brown has scored 33 and 24 points on a combined 58% shooting.

His game is best suited for the length of the Bucks on the interior. Milwaukee allows the fourth-least points in the paint, and conversely, the fifth most three-pointers made. Of Boston’s scoring triumvirate, Brown is the best jump shooter (44%) and three-point shooter (39%).

Tatum will have tough sledding, as he’ll likely be matched with Giannis Antetokounmpo. The Bucks have struggled versus wings (shooting guards and small forwards), allowing the third most average points per game this season. This position group has been the Achilles heel of the Bucks’ defense this season, which bodes well for Brown.

It’s not always easy to predict which of the Celtics scorer will lead the way tonight, but the stars seem to be aligned for Brown. With his recent and season long success, coupled with the matchup, I have Cal product’s points total in the high 20s tonight.