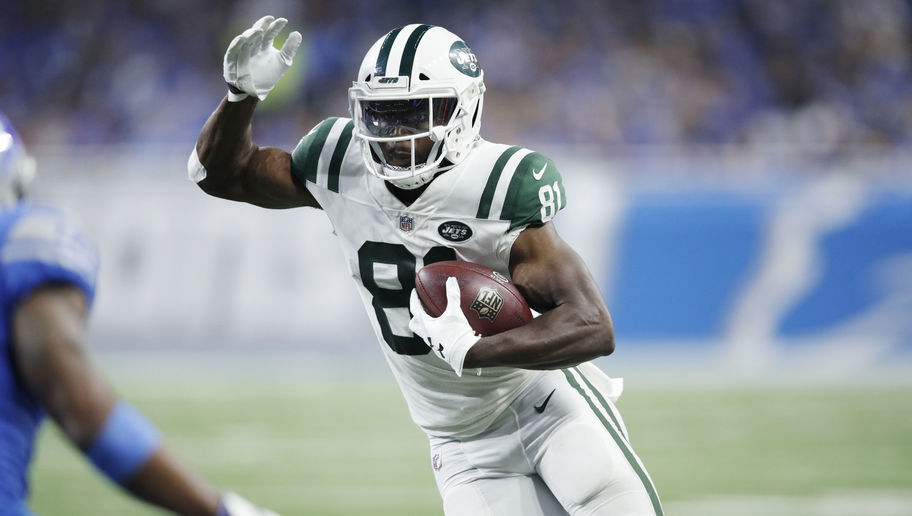 The matchup featured in this week’s Thursday Nigh Football affair may not be the sexiest, so we give thanks for prop bets

It’s a bit of an ugly slate tonight, full of far too many unknowns, including the health of Jarvis Landry. We’re not here to recommend bets with little value, so we’re keeping it to two picks tonight.

We kick it off by targeting one of the most undervalued wide receivers of 2018.

Enunwa takes on a Browns team which has given up 89 yards to Michael Thomas, 93 yards to Antonio Brown, and 119 yards to Juju Smith-Schuster through the first two weeks.

Cleveland has have given up the 11th-most passing yards in the league. Not bottom of the barrel, but bad enough to that one of the league’s busiest receivers should be racking up the yards.

Only three other WRs have had a higher share of their team’s targets than Enunwa. You may have heard of them.

He’s dominating looks for the Jets, soaking up 34 percent of team targets and 32 percent of Air Yards.

He’s had at least 10 targets in both games so far, posting receiving totals of 63 and 92 yards.

He may not be the most efficient receiver in football, but the volume should be here to get him over the 58.5 mark.

The Browns sophomore TE has yardage totals of just 13 and 20 yards through two games, yet he should have so much more — his 14 targets are second best on the Browns and fifth most among all TEs.

That level of inefficiency is not sustainable in the long term, and it’s just a matter of time before Njoku breaks out if he keeps getting that kind of volume.

I just don’t think it’s going to be tonight. The New York Football Jets have given up the fewest receptions and yards to opposing TEs so far in 2018.

Before making this bet, it’s worth double checking on the status of Landry. He’s expected to play, but if he does wind up missing time, Njoku stands to see even more work, making this one a no play.