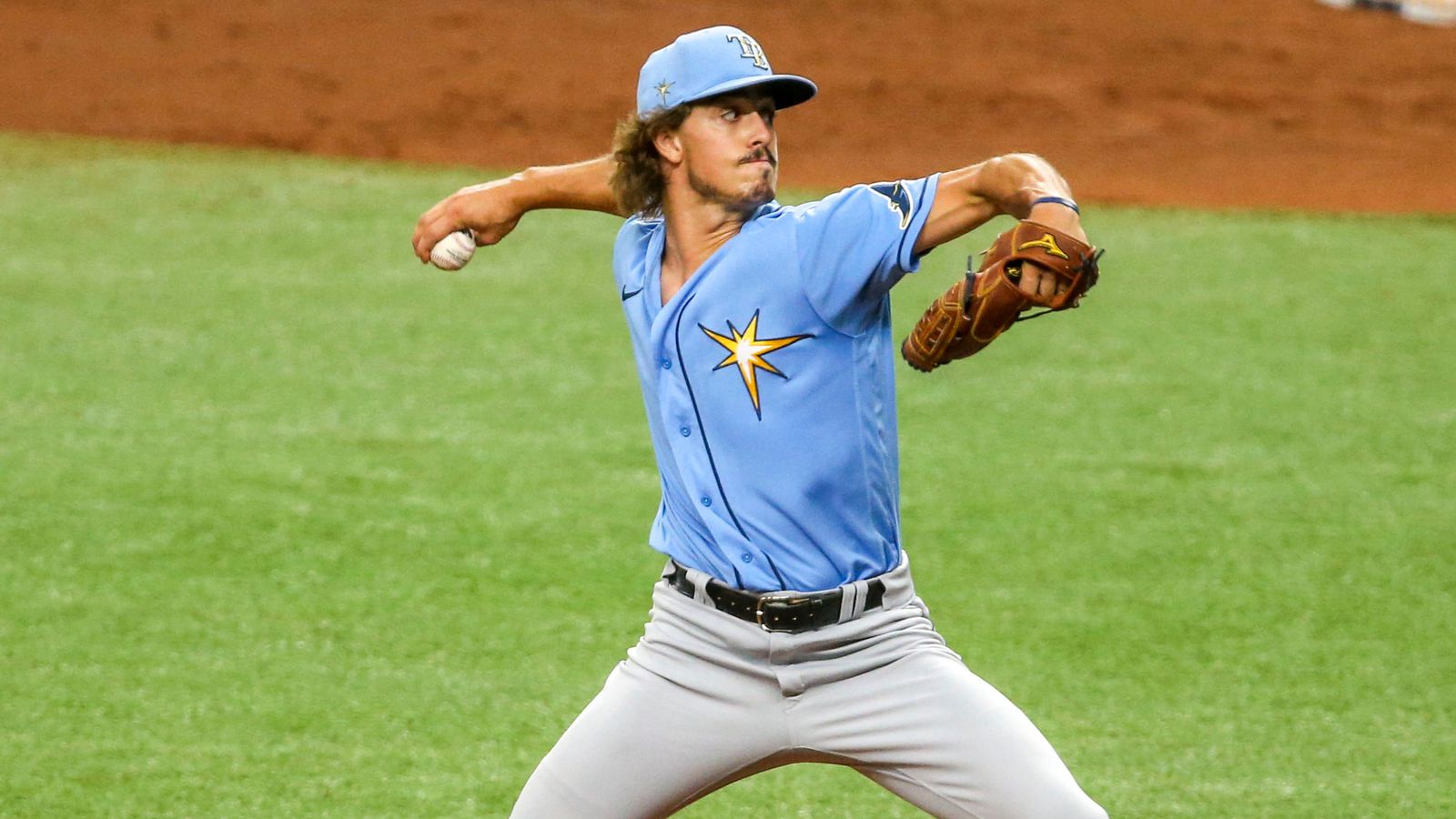 It’s time for September call ups, and that means some fresh new faces to attack for our MLB strikeout props.

You know we love playing unders here, and with some rookies coming up to make their first big league starts, there should be some great fade opportunities.

Today Joe Ryan makes his MLB debut for the Twins, and he gets to do it against the whiffiest lineup in baseball.

This may be Ryan’s major league debut, but he’s already pitched on a pretty big stage. Ryan was fireballing his way through the Rays minor league system this year when he took a break to pitch for Team USA in the Olympics. While sitting in Olympic Village waiting for his first start, Ryan found out he had been traded to the Twins as part of the trade that brought Nelson Cruz to the Rays.

He acquitted himself well in his two Tokyo starts giving up just two runs over 10.1 innings while striking out eight. Those strikeout numbers may undersell Ryan’s ability though.

In his three minor league seasons, Ryan has a 13.0 K/9 pitching almost exclusively as a starter. That includes this year where he pitched only at the AAA level and maintained a 12.5 K/9 through 66 IP.

Ryan doesn’t need to be a 13 K/9 guy to go over this number today, because he’s got the dream matchup.

There’s one team this year that has struck out more than any other and it’s not even close. The Cubs inability to make contact has them league worst in a number of categories:

Despite prop lines being adjusted higher when teams face the Cubs, they’ve still managed to go over the inflated lines at a 54% clip.

Only seven pitchers facing the Cubs have had K prop lines close at 3.5 Ks. Five of them have gone over. These were mostly starters at the bottom of the Krate barrel among MLB pitchers and they were still able to go over 71% of the time.

We’ve got a pitcher with great strikeout stuff coming up to face the MLB team that strikes out more than any other. While Ryan isn’t expected to go too deep, and the Cubs are still tougher than a minor league lineup, this line is simply too low for any decent pitcher facing the Cubs.