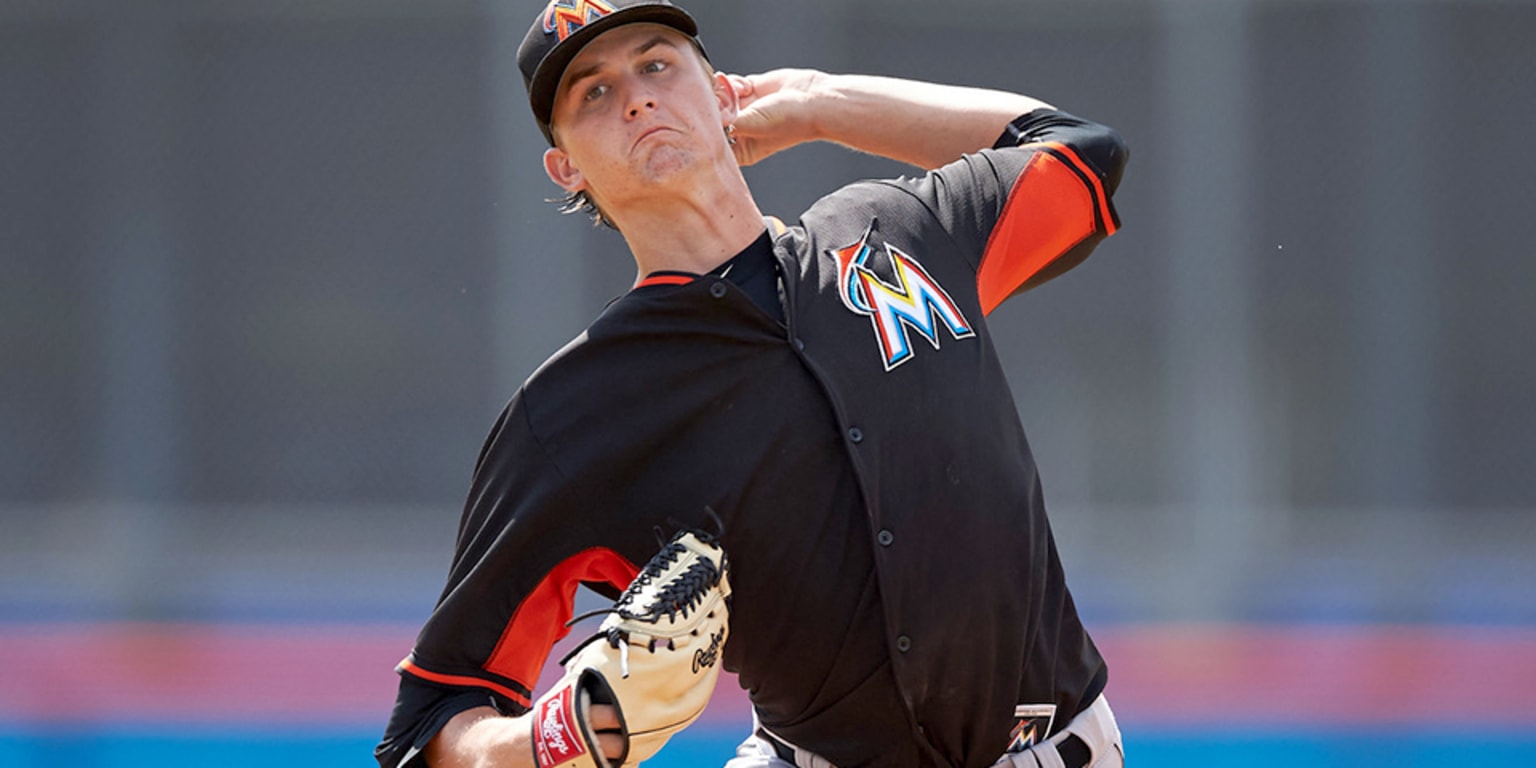 You’re going to want to get in on this MLB Outs prop as Marlins prospect Braxton Garrett takes on the Atlanta Braves.

Braxton is one of the top pitching prospects for the Fish, but the No 7 overall pick in the 2016 draft hasn’t lived up to billing so far.

We’re fading him in a matchup with the Braves, and we’ll break down why.

Garrett makes his eighth start for Miami after being called up from Triple-A Jacksonville in early June.

He wasn’t impressive in the minors, so it’s no surprise that he’s failing to make an impact in the majors. The highlight was a 7.0 inning, 10-strikeout gem against the Padres, but otherwise, he’s gone under this outs total in all six of his starts with a best of 4.1IP.

He wasn’t particularly effective in the minors either, pitching 4.92 innings on average with a 4.77 ERA.

Atlanta presents a middling matchup for the most part, but they bring enough pop to keep the majority of opposing pitchers from going deep.

Over the last two months, starters facing the Braves are averaging 14.4 Pitching Outs, and they’ve been particularly hot of late with seven of the last eight pitchers to get a line going under their total. 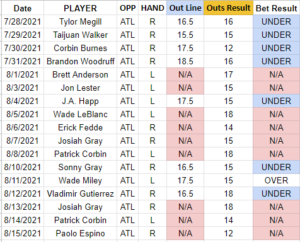 Garrett hasn’t done nearly enough in either the minors or the majors to suggest that he has a 55.4% chance of hitting 16 Outs, as this line implies.