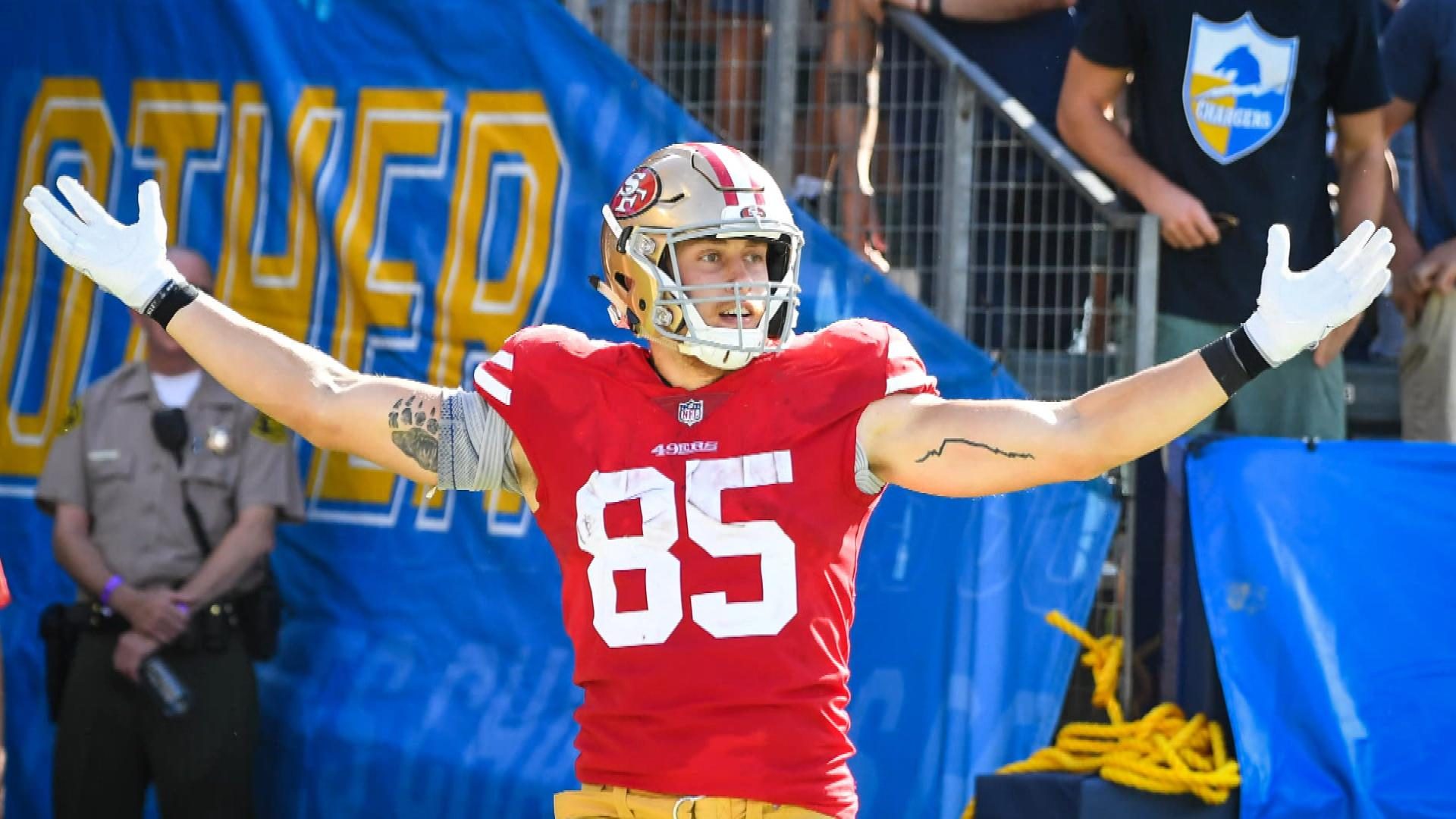 The -9.5 point spread in this one suggests a script with a heavy dose of the ground game for the favored Packers and plenty of passing for the 49ers.

It’s a big number, so we’ll be keeping it in mind as we lay out the best Monday Night Football player props and look to get in the black on Week 5.

Marquise Goodwin is banged up, and Pierre Garcon has been brutal. Matt Breida, the 49ers’ top pass-catching back with 21 receptions on the year, is not expected to play in this one, and even if he does, he won’t get his full compliment of targets.

That leaves Kittle as their best and healthiest receiving option in a game where they’ll be pressed to pass.

Expanding on the points above, I expect Kittle to be the busiest 49er tonight. He’s been about as steady as they come at the TE position, putting up reception totals of 5, 2, 5, 6, and 5.

He’s seventh among all TEs in targets and sixth in receptions.

Betting the under on Rodgers passing total of 295.5 is also worth a look, considering odds makers expect the Packers to jump out to a big lead in this one. However, fading Rodgers through the air generally makes for a miserable Monday night.

Instead, we’ll target the rushing total. Hobbled by a knee injury suffered in week 1, Rodgers hasn’t been scrambling as much as as effectively as he has in the past.

After averaging 18 rushing yards per game last year, and 23 the year before, Rodgers has been limited to 15.5 yards per game this year. Take away a 31-yard effort against the Bills team giving up the 11th-most rushing yards to opposing QBs, and that average drops to 11.5.

The 49ers have done well to limit QB scrambling. They yield an average of 7 rushing yards per game to opposition QBs, second best in the league.