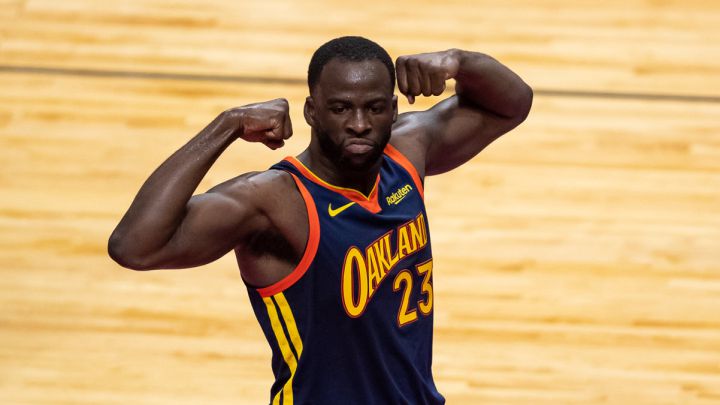 With another sizable Friday night NBA slate on tap, there is no shortage of intriguing plays to chose from, and my favorite free NBA prop comes from the game with the highest total, keying in on the mercurial Warriors forward.

Line available at publishing. Playable to over 25.5.

There aren’t many players in the NBA (now or ever) comparable to Green. He’s once again showing his versatility, averaging 21.4 PRA, split relatively evenly between the three stat categories.

It’s been the tale of two halves for the Michigan State product. In December and January, Green averaged only 16.1 PRA. Since then, as he’s found his footing with Golden State’s revamped roster, he’s averaging 24.5 PRA.

So with the raw numbers aligning nicely, we turn to the matchup. And tonight, the Wizards are in town, which is typically fantastic news for opposing offenses.

An over versus the Wizards – how original of me. But this one makes too much sense.

It’s no surprise Washington ranks first in team pace, being that they’re quarterbacked by a humanized version of the Tazmanian Devil, Russell Westbrook. And one of the few consistencies for the Wizards this season is how poorly they defend – rating in the bottom five of defensive efficiency.

The Warriors rank No. 2 in pace. With Green playing the de facto point forward, he should face minimal resistance to playing at the tempo of which he’s accustomed.

In the games Curry has been out, Green’s PRA line has bumped up to the under 26.5 range. I’ve played this under, with the stance that Green produces better with the Splash Brother on the court.

Now, with Curry by his side, versus one of the poorer defenses in the league, we get Green at a discount. I have the Warriors forward projected at 28 PRA in what should be a barnburner of a matchup.