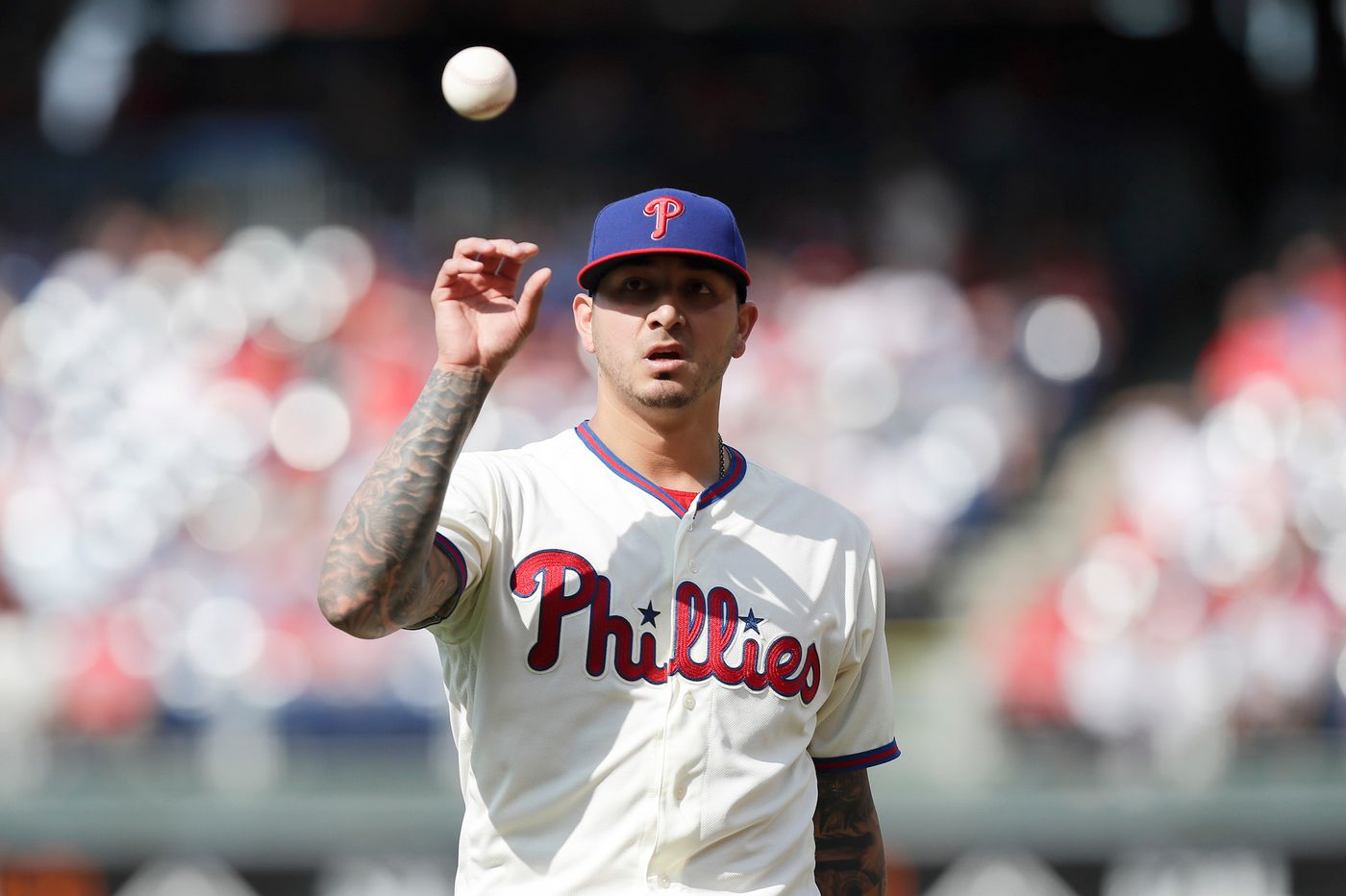 Our favorite MLB K Prop from the Friday slate hails from the otherwise-meaningless matchup between the Padres (56-64) and Phillies (63-58).

Vince Velasquez may not be a top starter, but his strong strikeout rate presents a great betting opportunity against the swing-happy Padres tonight.

We’re coming off a win in our last article, and our subscriber picks are in the midst of another insane heater — 14 in a row and we haven’t lost a bet in almost a week. 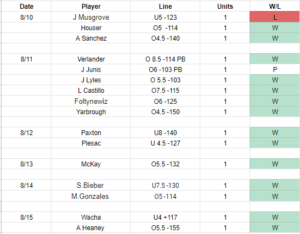 We just dropped the price of a subscription for the rest of the reason to less than 50 bucks, including insider Slack access. Click here to join.

The fifth-year righty has alternated between a starting role and a bullpen arm this season but is set to make his ninth-straight start tonight against the Padres. Velasquez has been pretty mediocre in that stretch:

It’s those last few numbers that are intriguing in this matchup.

Editor’s Note: We’ll be bringing you more premium content, analysis, and winning picks in 2019. Get the early bird price and save — packages starting at just $49.95 for the full season.

Although it comes over a smaller, nine-game sample, that 1.05 Ks/IP figure would rank 21st among all starting pitchers this season, tied with Zack Wheeler. Velasquez may be a borderline starter with an 11-14 record, but his 25.9% kRate and 10.2 Ks/9 over his last 20 starts are excellent. 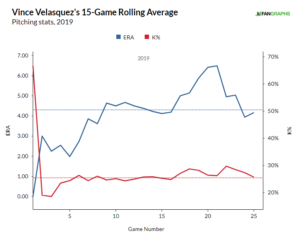 That’s where tonight’s opponent comes in. The Padres rank:

San Diego has been particularly brutal of late, striking out an average of 13 times over their last three games, by far the worst mark in the majors. Their outlook on the road is even bleaker — 10.26 K/game versus 9.27 at home. They’re also weak against righties in general with a 24.9% kRate.

Velasquez doesn’t have a ton of history against the Padres, but he did strike out 2 batters in 1.1 innings of relief work earlier this season and has fared well in two previous career starts.

Considering his kRate, Velasquez just needs to make a quality start and not get lit up tonight, and he’ll have a strong shot at hitting this number.