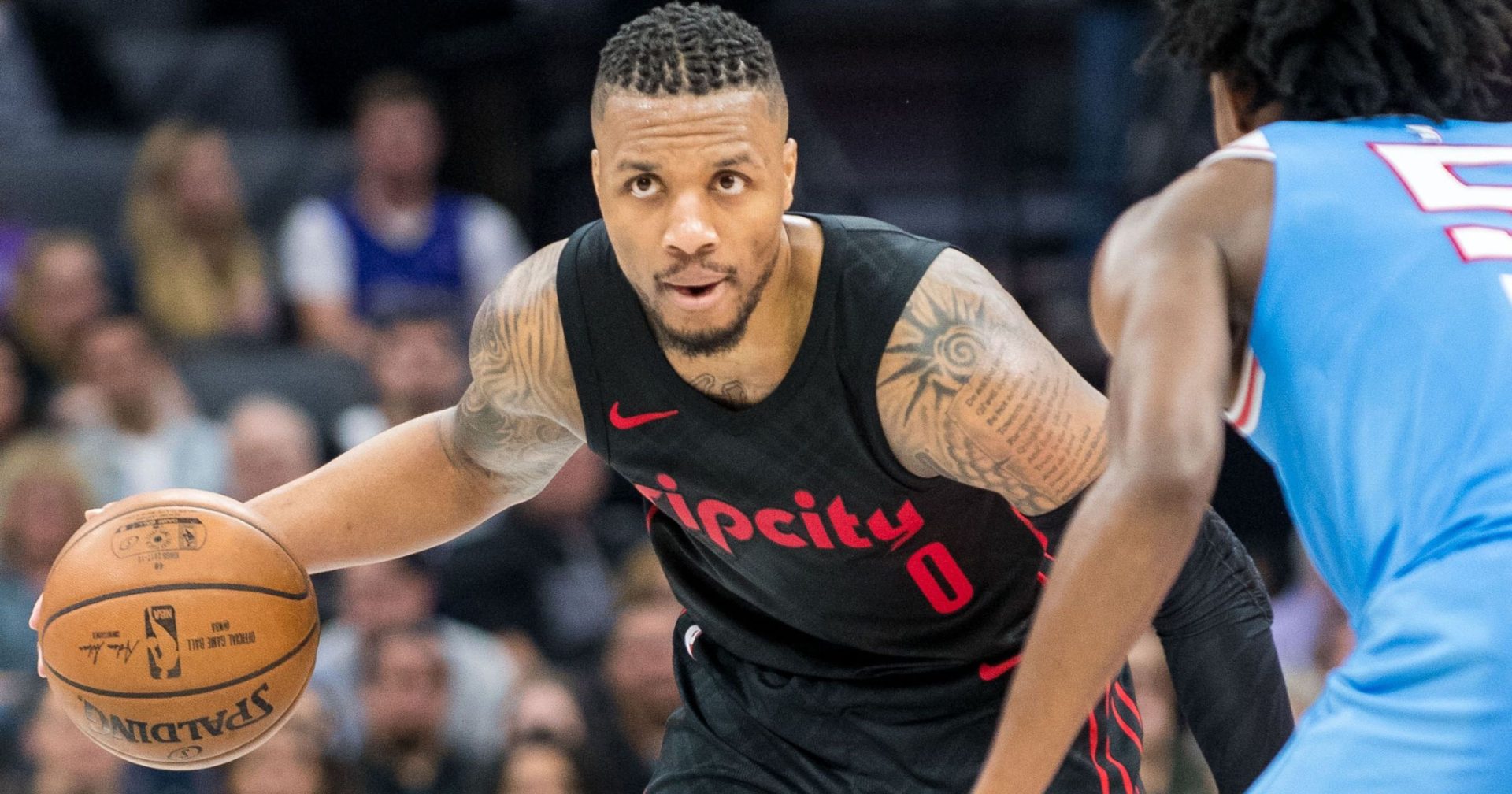 We dive right in to Friday’s best NBA props with a look at Damian Lillard and Kemba Walker, both of whom are in smash spots tonight.

Lillard’s been on a tear over the past week, eclipsing 30 points in four out of five games before his most recent letdown versus the Bulls, where he shot 3-12 for 11 points.

His matchup tonight versus the Hawks is a huge bounce back spot.

Piling on the Minutes

On the season, Lillard already has an elite usage rate at 29.0%, but without Nurkic and CJ McCollum, this number spikes 39.8%, an astounding 10.8% usage boost. In their absence, he averages 36.6 points per 36 minutes. Tonight is a huge game for Portland’s playoff seeding, so Lillard should see 35+ minutes in this one with a ton of usage on offense.

He also draws a dream spot tonight on the road in Atlanta. Versus opposing point guards:

Trae Young is quite possibly the worst defender in the NBA — not just at PG, but in the league. He’s ranked 508 out of 508th in defensive real plus-minus (DRPM), and Lillard should be lined up against the him for most of the game.

Oddsmakers have this total sitting at 234.5 at the moment, which is the highest on the board, and for good reason – the Hawks have the worst defense in the league.

They allow the most PPG and are ranked last in defensive efficiency. This is also a pace up spot for the Blazers – since the All-Star Break, Portland is 19th in pace and the Hawks are third. On the season, Portland is 18th and the Hawks play at the fastest pace.

With this game having huge implications for the playoff seeding, I expect Lillard to go all out for the win tonight. He sat out the only game the Blazers played the Hawks on January 21st, but in that game, the Hawks backcourt of Seth Curry & CJ McCollum combined for 50 points.

With the increased usage, pace-up spot and great matchup, Dame should be in line for another 30+ point performance.

The Hornets are fighting their way to the 8th seen after going on a four-game win streak.

In this span, Walker is averaging 30 PPG on 23.8 field goal attempts. He’s putting the Hornets’ offense on his back, as usual, and there is no reason to think that will stop tonight versus the Lakers. This and every game the rest of the season will be huge for the Hornets.

Kemba is also ninth in the NBA with an elite 30.4% usage rate.

The Lakers defense has really gone south defending PGs since the All-Star Break. In this 19-game span:

His primary defender, Rajon Rondo, has seen his defense decline with age. He used to be considered one of the best PG defenders in the league, but now he ranks 74th out of 102 PGs in DPRM.

The Lakers as a team are also pretty bad on defense. Since the All-Star Break, they’ve allowed the eighth-most PPG and rank 19th in defensive efficiency. It’s also a pretty nice pace up spot for Charlotte since the Lakers are ranked fifth and the Hornets are 21st in pace since the break.

In his one game versus the Lakers this year, Kemba played poorly, shooting 2-13 for 4 points in 25 minutes in a 28-point blowout, but that was against Lonzo Ball (who is ranked 6th out of 102 PGs in DRPM).

He’s unlikely to play that poorly again, especially with an easier matchup vs Rondo. Look for him to play 35+ minutes and hoist up 20+ shots.