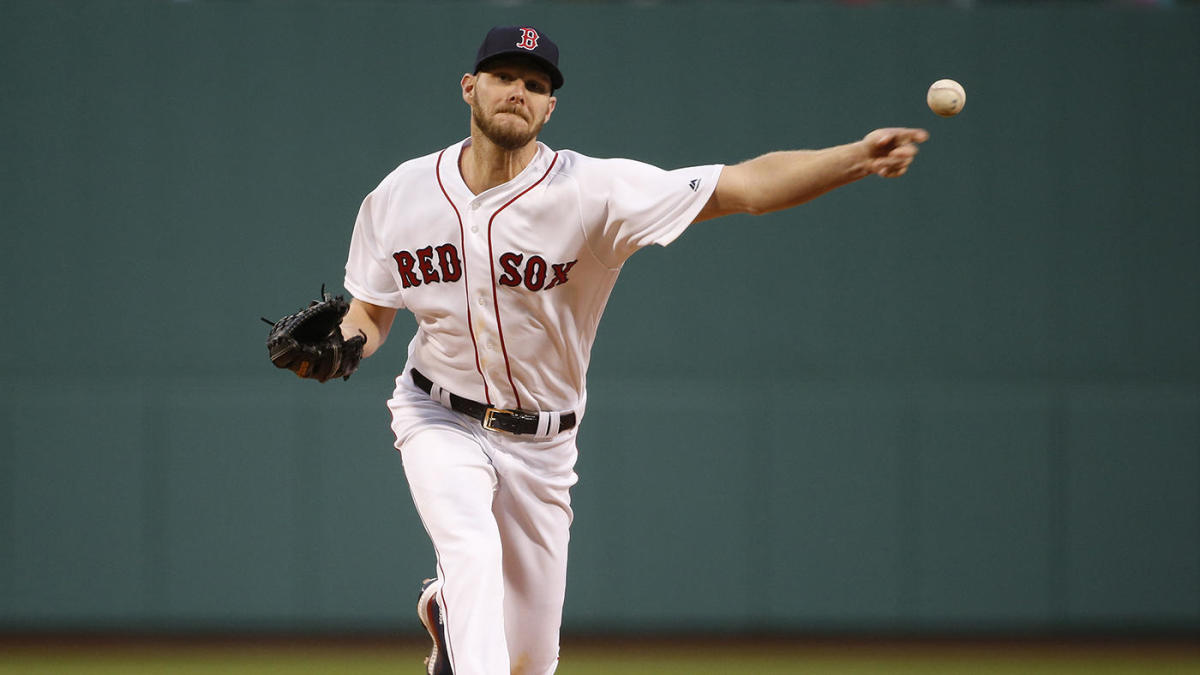 Friday brings a full slate of games – all of them evening affairs – and our look at the best MLB player props focuses in on the strikeout totals for three pitchers, including perhaps the current best in the game in that category.

Chris Sale faces the Yankees in New York tonight, a team he’s fared well against. We’ll also break down the K lines for Pirates starter Chris Archer against the Brewers, and Danny Duffy against the Rangers.

We suffered a heartbreaking push on last night’s article pick after the Cleveland inexplicably sent Carlos Carrasco back out for just one more batter despite the fact that he was already at 103 pitches and had given up 5 earned runs. Of course, Carrasco got the K and we settled for a push at +127.

No matter — our K plays remain profitable on the season at a record of 190-142. We’ve just reduced the price of our full season package. Join now and try the first week for free.

I’m surprised to see Sale at anything below 8.5 considering his general dominance and the fact that he’s clearly rounded back into form. Last month, we told you why we were fading the Boston ace until further notice. Well, those days are officially over.

In the seven starts since we posted that article, Sale:

I can only guess that this slightly lower line is because Sale had just 5 Ks in his last outing versus the Astros. But the Astros are among the best-hitting teams in baseball, and there’s no shame in that.

Tonight’s opponent is no slouch either, but the Yankees have had their troubles against Sale. In 137 plate appearances versus the 30-year old, they’re hitting just .226 and striking out at an alarming rate of 31.4%. They’ve also been striking out at a 24.2% kRate against lefties this year.

Add in the fact that Boston is a big favorite (-149), and everything is set for Archer to approach double-digit Ks again tonight.

We successfully faded Archer at this same number last week, and a lot of the reasons we liked him to hit the under then still hold true today.

He’s been a bit of a disaster since getting activated from the injury list (IL) on May 15th. In those three starts, Archer:

He’s lost all three of those starts and five straight overall, leaving him with a 1-5 record and a 5.75 ERA overall. His K:BB ratio is now an ugly 16:17 over his last five starts.

Tonight’s opponent doesn’t present any particular challenge — the Brewers strikeout at the sixth-highest rate in the league. However, they’ve scored the 12th-most runs in MLB, and they’re hitting a hefty .356 wOBA and .175 ISO against right-handed pitchers.

But this bet is more about Archer and his incredibly poor form. We’ll continue to fade him until given good reason not to.

The Royals lefty is in a nice spot facing one of the swing-happiest teams in baseball tonight. The Texas Rangers strikeout 9.85 times per game, more than every team but the Tigers. They’re coming off a game where a dozen batters were sat down swinging, and they’ve averaged 10.7 strikeouts over their last three.

They’re even worse against lefties, against whom they strikeout 24.1% of the time and have a weighted on-base average (wOBA) of just .305. In 90 career at-bats against Duffy, the Rangers are hitting a decent .267 but sport a troubling kRate of 24%.

Duffy faced these same Rangers just a few weeks ago, posting 6 strikeouts over 5.0 IP, while giving up 7 hits and 4 earned runs. In all, Duffy has had at least 5 Ks in four of his six starts in 2019.