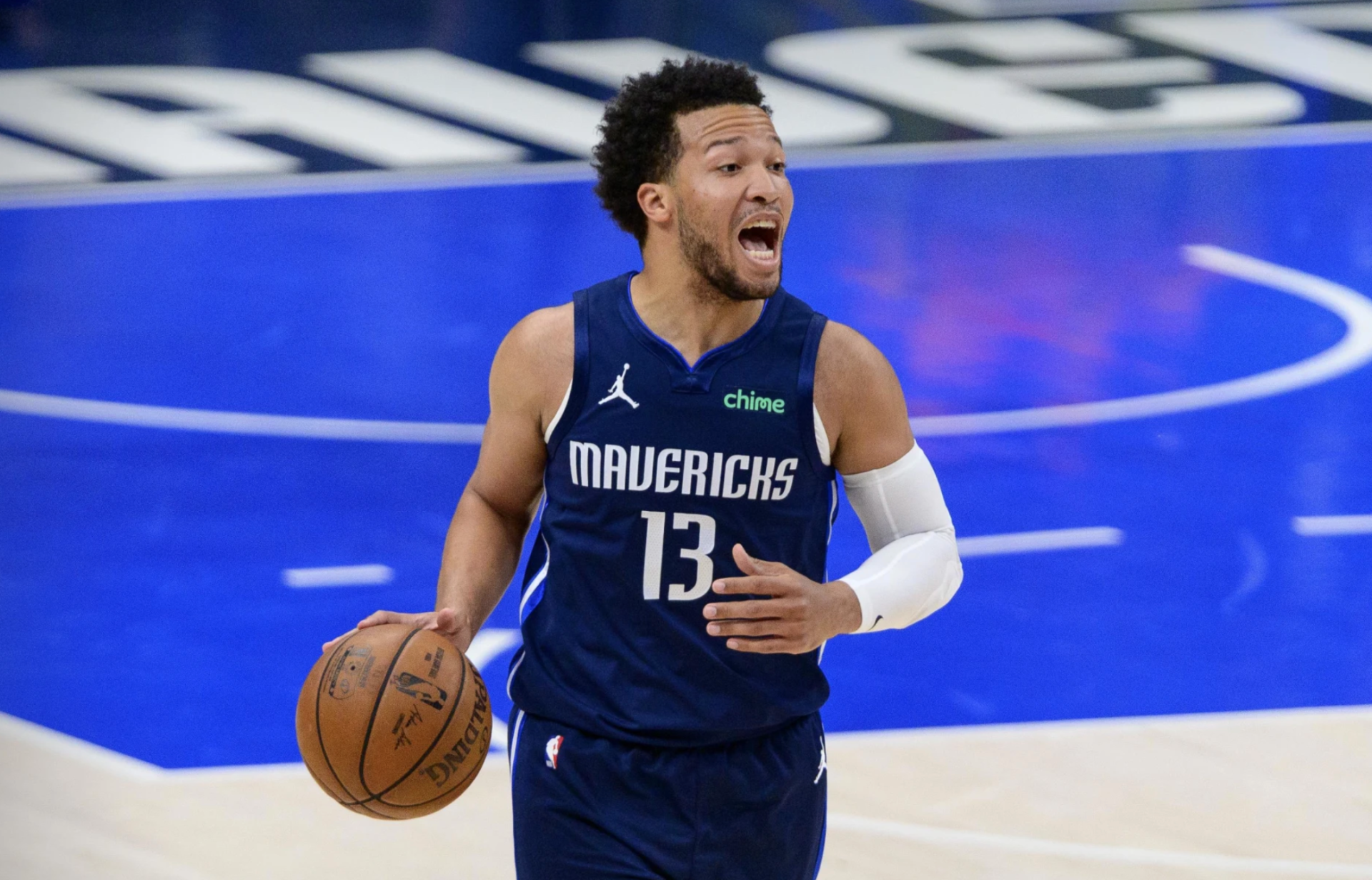 We have been blessed with a massive 11-game NBA slate tonight, which gives us plenty of angles on our free NBA props tonight.

Many impactful NBA players are flying under the radar through the first third of the 2021-22 season. Tonight, we’re going to focus on two young guys that have made great strides as playmakers.

We’ve got plays on two ascendant  Jalen Brunson and Franz Wagner, as the Dallas Mavericks tip-off at 7:30 PM ET and the Orlando Magic begin at 7:00 PM ET.

I am 3-1 on NBA article plays with Bet The Prop this season and I’m looking to keep the wins coming tonight.

Jalen Brunson has been an excellent contributor off the bench for the Mavericks over the last couple of seasons. He garnered his share of recognition last season, finishing fourth in Sixth Man of the Year voting. However, a key injury has led to a huge role and a place in the starting lineup for the Villanova product. And, with more playing time, his playmaking duties have increased astronomically.

Luka Doncic dominates ball-handling duties for Dallas as much as any player does for any other team across the league. He has a usage rate of at least 36% for the third straight season, putting him on track to lead the NBA in usage in back-to-back seasons. Doncic was also averaging 8.5 assists per game before being sidelined with an ankle injury. With their superstar on the shelf, a huge share of Dallas’ assists have been vacated, and that’s where Brunson picked up the slack.

The 25-year-old guard is posting 7.7 APG in 33.2 minutes on average without Luka. He’s also been shredding the over on this line, finishing with at least eight assists in five of his six games running the show for the Mavs.

Brunson has accounted for an impressive 31.5% of the team’s total assists in these six games, which bodes quite well for his outlook in a friendly matchup against the Los Angeles Lakers.

The Lakers are traveling to Dallas to face the Mavs on Wednesday night. Opposing point guards have been licking their chops when facing LA this season. The Lakers are allowing:

Doncic has also seen plenty of success as a playmaker vs. Los Angeles. Luka has over 6.5 assists in seven straight games against the Lakers, averaging 9.6 APG in these games. Brunson should be able to step in as the primary facilitator against a struggling Lakers defense and replicate this success.

Dallas’ interim starting PG had seven assists in just the first half against the Hornets on Monday. Expect the playmaking responsibilities to continue to run through him at home tonight.

Franz Wagner has been a shocking rookie revelation through the first 28 games of his young career. Fans and experts alike had low expectations for Wagner despite being drafted eighth overall by the Orlando Magic. Moe Wagner‘s younger brother has silenced the doubters and already has the look of a polished pro. His 39% three-point shooting may be his most marketable skill, but Wagner’s solid playmaking ability has flown under the radar.

Jalen Suggs, Orlando’s other rookie lottery pick, has missed the entirety of Orlando’s December action with a fractured thumb. The former Gonzaga Bulldog’s removal from the lineup has allowed Wagner to showcase more of his passing in an increased role.

The Magic have played six games since Suggs’ injury. Franz has reached the four-assist mark in four of six games, averaging 4.2 APG without Suggs during this stretch.

If we take a step back and look at the rookie wing’s last 10 games, he’s hit this over in eight of ten games. He’s also seeing plenty of playing time, with 33.7 MPG over his last ten.

An 80% hit rate on this prop over the last three weeks gives us terrific value at plus-odds. To top it off, Wagner joins Brunson in getting an assist-friendly matchup tonight.

The Atlanta Hawks have been a mess defensively thus far. Last year’s Eastern Conference Finals runner-up is giving up 25.1 assists per game, good for sixth-worst in the NBA. Atlanta also owns the league’s sixth-worst defensive rating so far this season. Buckets are coming easily against a Hawks squad that ranks as a bottom-ten defense for the second consecutive season.

Wagner fell just short in the last contest between these two squads, finishing with three assists. But, the rookie is becoming increasingly comfortable as a playmaker at the NBA level. The opportunities should be there for him tonight, as they have for the last few weeks.

Atlanta presents a great matchup for Wagner to get back on track in the assists department tonight.

Brunson has taken over the bulk of Dallas’ playmaking with Doncic out. His stellar point guard play and lofty assist numbers should hold strong against an under-manned Lakers roster tonight.

Wagner has surprisingly flashed as a passer through the first third of his rookie campaign. He’ll look to keep racking up assists against a Hawks team that can’t defend anything this season.

Enjoy playing these free NBA props tonight, and join us for the rest of the NBA season!