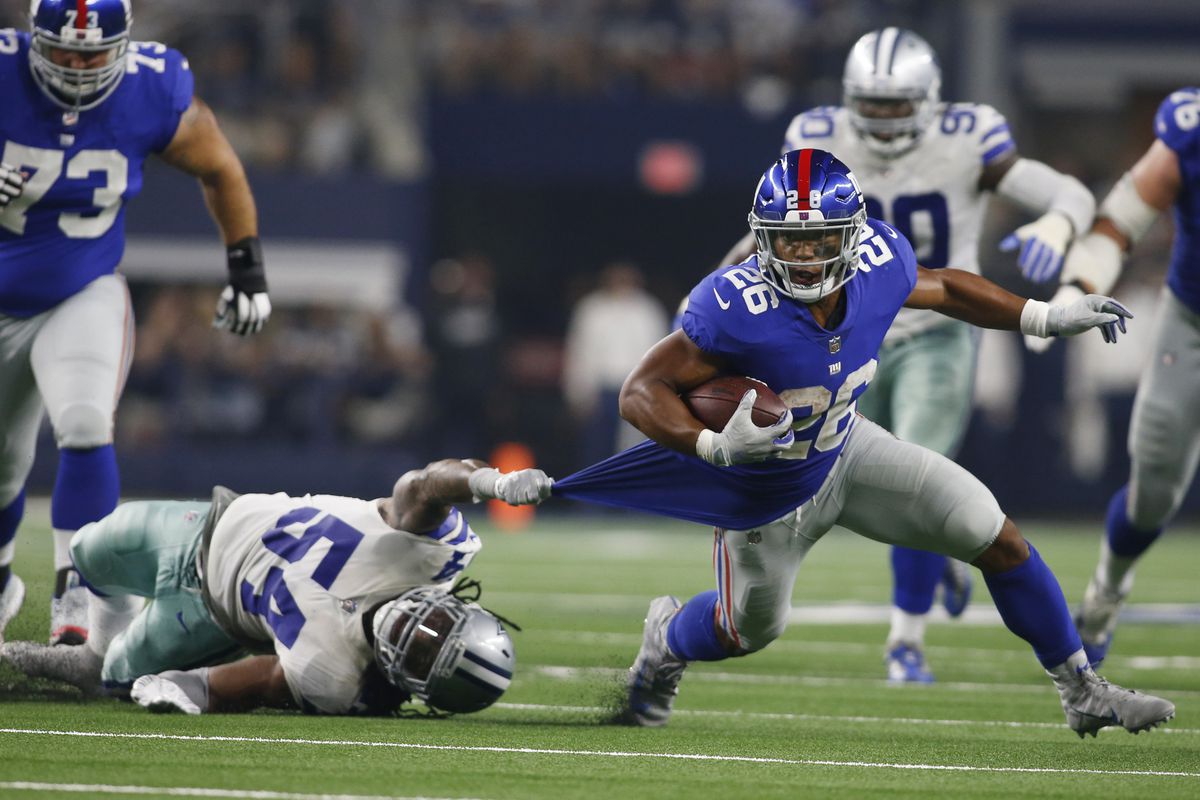 The Cowboys are 23-5 when Ezekiel Elliott rushes for at least 100 yards. That’s a stat old-school football analysts like to harp on as evidence supporting a run-heavy approach. In actuality, the causation arrow goes in the other direction — it’s easier for Elliott to rack up yards when the Cowboys are winning and trying to drain the clock.

As such, you’d expect running backs to get more rushing attempts and yardage when their team is favored, leading to more overs in rushing totals in those games. On the flip side, you’d expect quarterbacks to attempt more passes when they are underdogs.

Here’s the problem with that line of thinking: Linemakers and the general betting public know that too. And from what we’re about to see, it appears they’re adjusting for it more than you might think.

Game Script Matters for NFL Props, and Books Know It Too

How do RBs perform relative to their Over/Under total on different prop bet types when their team is favored?

Let’s start with a look at how RBs playing for the favorite fare.

Next, we’ve got the same table for RBs whose team was the underdog.

Let’s take rushing yards as an example. Most of us would expect that an RB whose team is a heavy favorite would go over his rushing line more often than an RB whose team is expected to get blown out, given that we can expect them to get more attempts when they are leading.

In fact, the effect appears to be negligible. RBs on heavy favorites go over their total 43.4% of the time, and those on heavy underdogs going actually go over their betting totals slightly more often at 44.6%.

As usual, you should continue playing unders, but it’s important to understand that projecting game script probably isn’t giving you the edge you think it is. I would suggest that the reason for that is both linemakers and the betting public are well-aware of those angles and pressing them hard.

So much prop analysis is centered around game script, and yes, Bet the Prop can be guilty of it too. But understanding that you’re not getting the edge you think you are can help you to become a more profitable bettor.

Over the next week or so, we’ll look at this same topic for wide receivers, tight ends, and quarterbacks. Stay tuned!