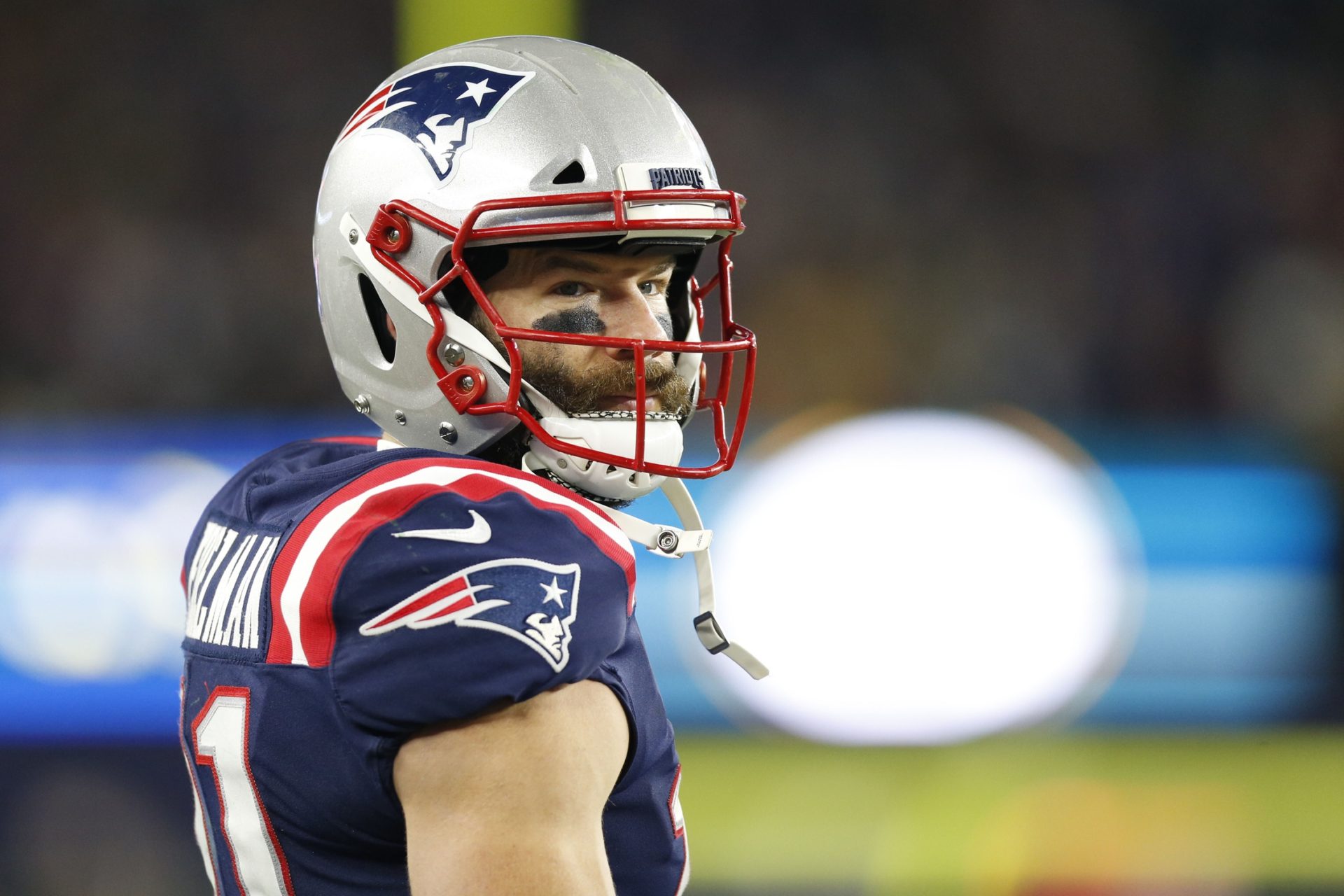 We’ve got Super Bowl prop bets available, so let’s dive right in as it’s going to be a busy week.

We’ve profited a ton from Edelman in recent weeks, making him our exclusive email pick in the division round, and then again hitting the over against the Chiefs last week.

We were always going back to the well with any number under 7 receptions, and the books have served it up on a platter for us 10 days out.

His overall volume profile suggests that this line is off once again.

Granted, we needed overtime to hit this prop last week, but 10 targets does appear to be his floor, no matter the opponent or game script. Combined with a catch rate of 68.5% on the season, and 6.8 receptions seems a conservative projection.

At worst, we’re doing better than the coin flip implied by the odds here.

Unlike Michael Thomas, a part-time slot receiver whom the Rams bottled up last week, Edelman plays almost exclusively from the slot, and the Patriots should be able to scheme and motion him away from cornerback Aqib Talib.

There is a concern here that the moment is too big for Jared Goff, opening the door for the Patriots to get up early and lean on Sony Michel. But the 57-point Vegas total suggests there will be more than enough pace to keep Edelman busy.

Last week, we booked this same number at -114 price before watching the juice roll in. I expect to see similar movement in the days ahead, with this prop moving to 7 receptions, or closer to -150 juice at the 6.5 line.