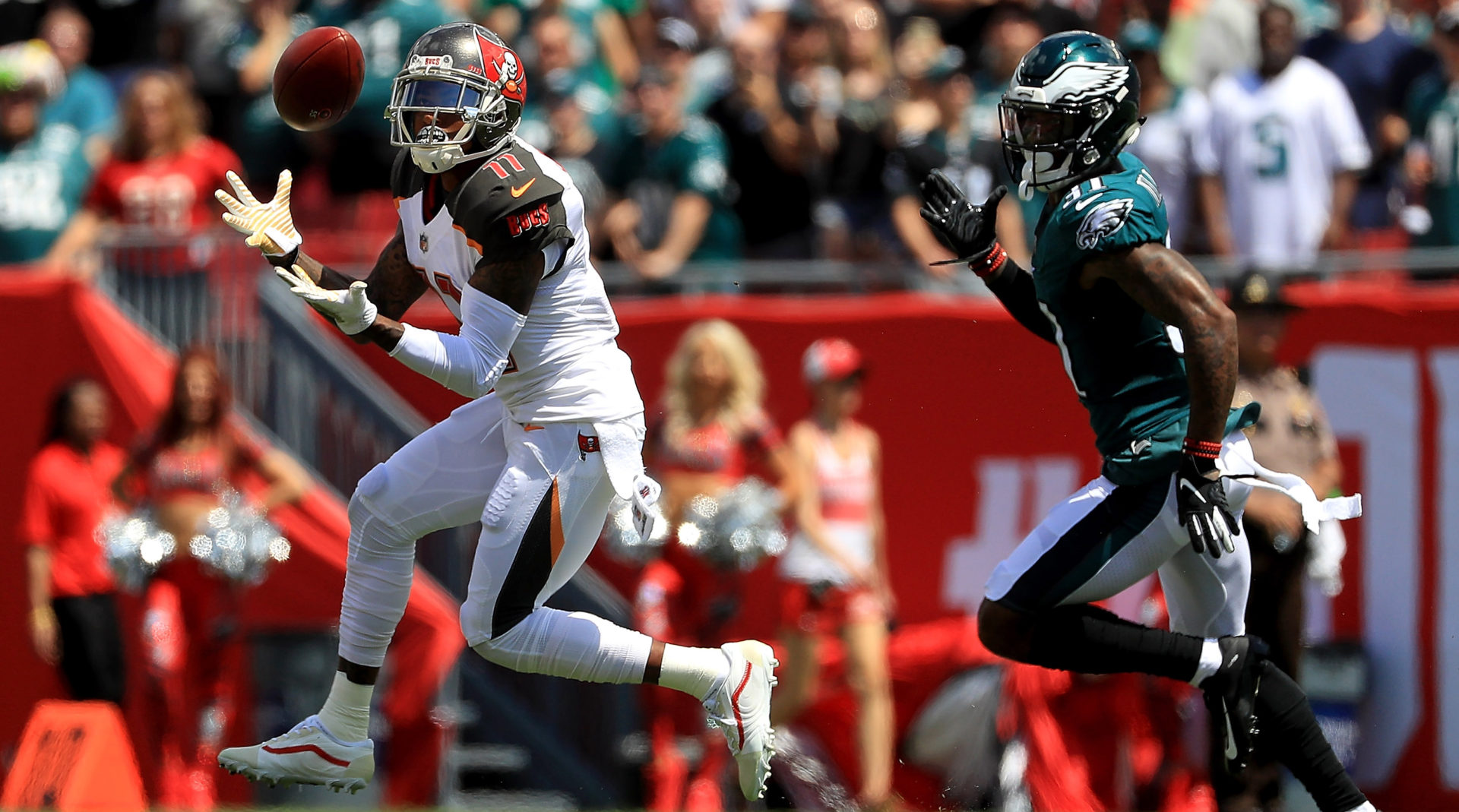 Week 3 was a test of character, to put it kindly.

However, we battled, and between the article picks and the Twitter picks, somehow managed to salvage a winning record of 16-15 thanks mostly to riding Will Fuller and fading David Johnson.

The juice has us in the red for Week 3, so let’s get back in the black with exciting Monday Night slate.

With just nine targets on the year, the volume hasn’t been there for Jackson in an offense loaded with weapons.

However, he’s been ridiculously efficient, catching every single target while piling up 275 receiving yards and three touchdowns. In fact, according to the RotoViz Screener, he’s the most efficient wide receiver in the league through two weeks by a mile.

Normally not one to chase such unsustainable efficiency, we instead embrace a struggling Steelers  secondary on Monday Night Football. Fellow deep-threat artists Sammy Watkins and Tyreek Hill both topped 90 yards against Pittsburgh.

This is a most burnable group of CBs, and Jackson is the ultimate burner.

The sophomore star leads the league in red zone targets with eight, including a last week’s score from the two yard line — the type of usage that is highly encouraging for his TD upside.

Keep an eye on the status of second-round pick Ronald Jones throughout the day. He’s been a healthy scratch through two weeks, but with Barber grossly under performing, it may be time to see what the rookie has to offer.

I’m betting it either way, but if Jones is active, I’ll be jumping on it with a larger play.

Not only has Barber been brutal – his 2.6 yards per carry is fourth worst among all RBs with at least 10 carries – but the Steelers actually play decent run defense, holding opposing backs to a 3.6 YPC.

In what rates to be an aerial shootout, it’s hard to see Barber being heavily involved, even if Jones is inactive again.

Just a small play on a chalky bet here. And admittedly, it’s somewhat narrative based, although there are also numbers to back it up.

I’m banking on this being a “squeaky wheel” game for Brown after he fired out this tweet early in the week.

He also missed a day of work this week, leading to a meeting with head coach Mike Tomlin. Here’s betting that the Steelers will go out of their way to make their superstar happy and feed him a heavy dose of targets tonight.

Brown already has the edge in volume anyway, racking up 33 targets to Evans’ 19 through two games.