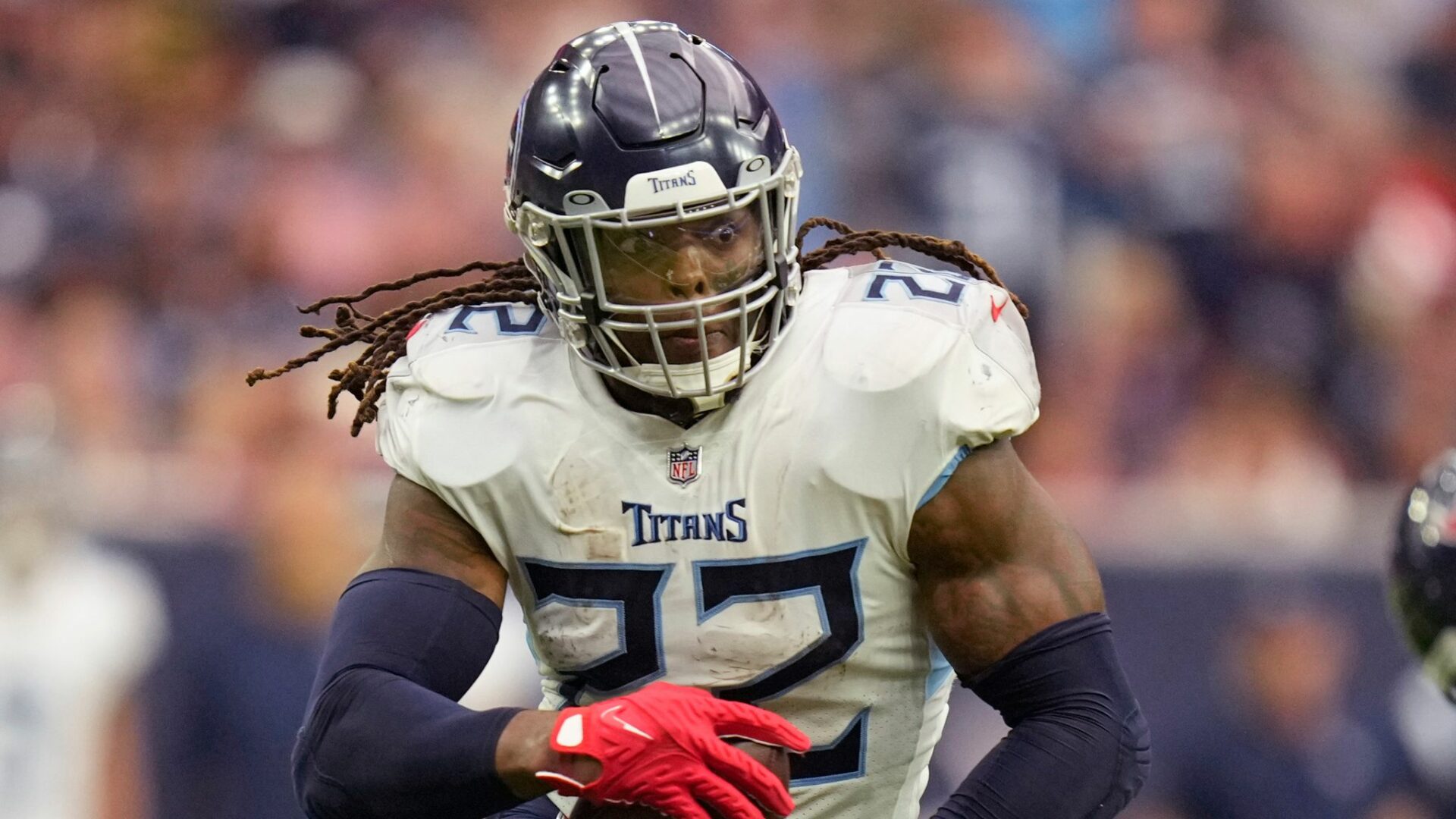 In a mouth-watering matchup, Derrick Henry rushing props are sure to be one of the most popular plays on the board tonight for TNF. We’ll break down his rushing trends on the year, plus four more outlier statistics to consider when wagering on tonight’s game.

Our subscriber picks are heating up, hitting 70% for +20 units over the past three weeks — join us here to get all our picks alerted to your device. 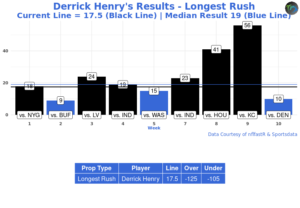 The unstoppable force meets the movable object, and that disparity is sure to make Derick Henry rushing props extremely popular tonight.

The Packers defense is the biggest run funnel in the league and presents the perfect opportunity for the Titans to pound the rock.

Henry’s hit his line for Longest Rushing Attempt in 6-of-9 games so far and should have plenty of opportunities to do it again tonight against a Packers rush defense allowing the fifth-highest Yards per Carry in the league (4.8). 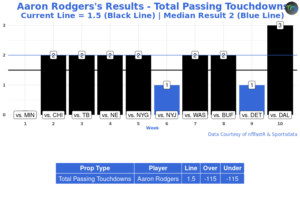 Rodgers has gone over his total of 1.5 Passing TDs in 7-of-10 games so far and gets a great matchup tonight.

The Titans boast an elite rush defense, but their pass defense is vulnerable and has allowed 1.8 Passing TDs per game, the fifth-most n the league. 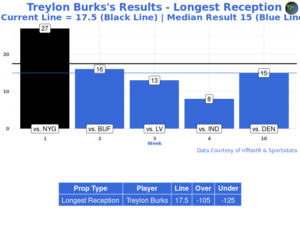 Treylon Burks is playing in his second game coming off an extended spell on the IR for turf toe. The rookie first-rounder hasn’t hit the over on his Longest Reception line for tonight since way back in Week 1.

Whether by design or due to the injury, he also had fewer Air Yards than any other Titans receiver in his return last week, racking up just 20 Air Yards on his six targets.

The Packers pass defense allows the fifth-lowest Average Depth of Target and the ninth-lowest Yards per Attempt, making this a tough spot for Burks. 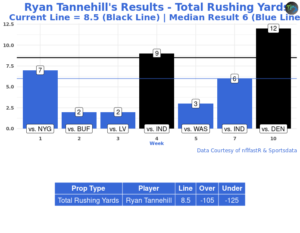 If you’re into plays with a ton of variance, QB rushing yards are always a fun sweat. Tannehill isn’t known as a running QB but will take off when the opportunity is right.

Still, he’s only hit this rushing number of 8.5 yards in 2-of-7 starts with a median result of 6 yards. 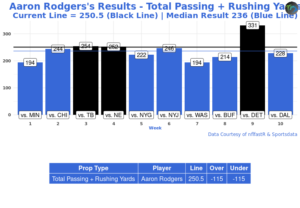 Back to Aaron Rodgers, who has fallen off from his MVP form from just a few years back. He’s running less than he used to, and he’s less efficient in the passing game.