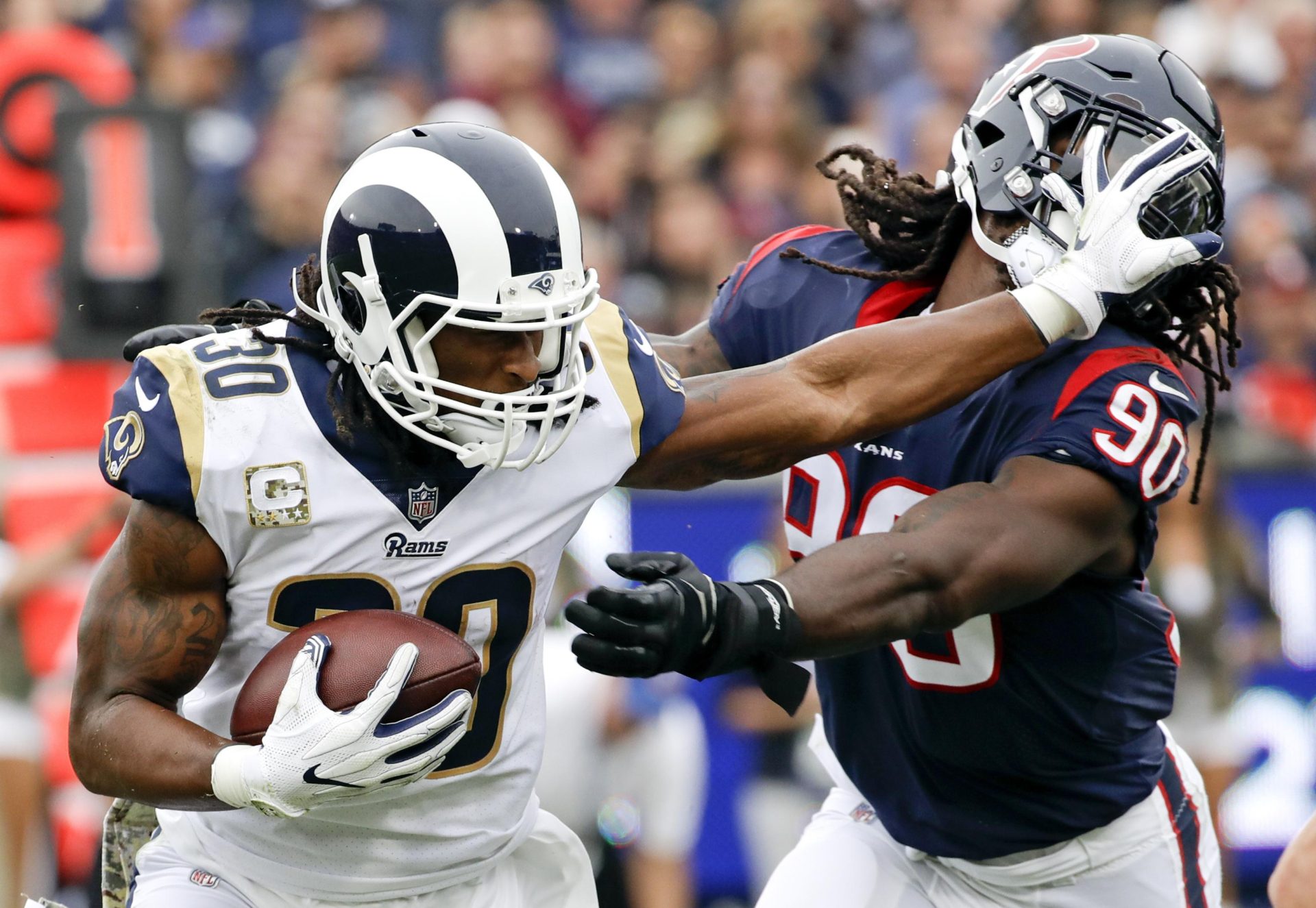 Who will lead the NFL in rushing yards in 2018? According to odds offered over at sportsbook.ag, Dallas Cowboys star Ezekiel Elliott is the favorite.

Defending rushing champion Kareem Hunt has the third-best odds at +800, while Le’Veon Bell has the second-best odds. While he’s generally considered the best running back in football, he’s never won a rushing title.

Here’s the full list off odds for NFL rushing champion:

Running backs are notoriously volatile. The physical nature of the position makes injuries common, and it’s very difficult to predict when they will strike, and to whom.

But we do know something about where rushing champions have tended to come from in the past. So let’s cut down the contenders to those with the best odds, based on recent history.

Who Makes the Cut for NFL Rushing Champion?

Here are two things we do know about rushing champions:

Looking at this table, we can see that it’s been a decade since somebody defended their rushing title. and it took one of the all-time best to do it.

A repeat rushing champion is something that’s happened just once since the turn of the century. The reason seems straightforward enough — fewer teams lean on a true workhorse back these days, with most preferring to employ a committee approach.

A repeat rushing champion seems as unlikely as ever in 2018.

With that in mind, let’s eliminate Hunt from our list of contenders.

We also know that the rushing leader tends to come from a winning team, as those teams have more positive game scripts. They’re leading more often, inducing them to turn to the ground game to milk the clock.

Over the past 18 seasons, the NFL rushing leader has played for a losing on just three occasions, with Chris Johnson‘s epic 2,000-yard season came while playing for the 8-8 Titans.

It’s possible that the rushing champ comes from a losing team, but at a 16 percent hit rate, it’s a bad bet, historically.

The Cowboys win over/under has been set at 8.5, but teams that curry the public favor like Dallas and Green Bay are always a little chalky. The Cowboys will be hard pressed to beat .500 this season, and Elliot is also the chalkiest bet on the board. There’s not much value there anyway, so let’s rule him out as well.

Alvin Kamara is expected to be in a timeshare once Mark Ingram returns from a his four-game PED suspension. Let’s go ahead and eliminate both of them.

Which leaves us with a this pared-down list of candidates:

As mentioned, Bell has never won a rushing title. He’s paying a nice price of +600 and is too talented for that trend to continue forever. However, a contract dispute has him threatening to sit out half the season, so we don’t recommend leaning that way until some more clarity is provided.

Gurley’s 1,305 rushing yards fell just 22 yards short of winning the rushing title over Hunt last year. The Rams are projected for 9.5 wins 2018, and their superstar back looks like a solid bet at  +900.

Fournette is another sneaky-good pick. The offense is built around the sophomore who rushed for 1,040 yards in 13 games (a 1,280-yard pace). Jacksonville likes to run the ball more than any other team. A lot more. Their 33 attempts per game in 2017 was 10 percent better than the next-closest offense.

Cook has had injury concerns throughout college and the pros and can’t be counted on to last the season.

Collins could make for a decent darkhorse. In the last half of 2017 season, he had as many rushing yards as Hunt, the eventual rushing champ.

Freeman is trending towards a timeshare with Tevin Colemen, while Lamar Miller is coming off his worst season since he was a rookie. Pass on both.

My favorite darkhorse on the list is McKinnon, who gets to play in a Kyle Shanahan offense famous for producing bloated numbers at the RB position.

Picks: Based on history and recent form, our favorite picks here are Gurley and Fournette, both paying 10-2, with a small sprinkle on McKinnon at 66-1.

Check out our RB Prop Bet Cheat Sheet to dig for gold yourself.