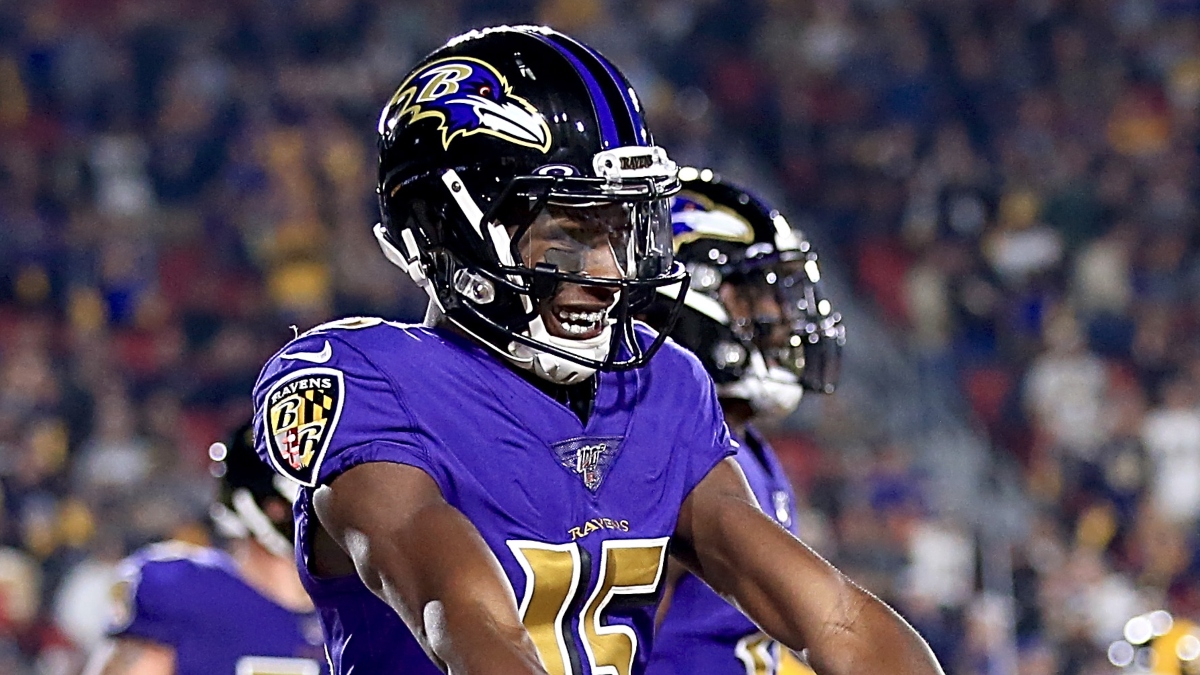 It was always going to be a challenge avoiding overs in a matchup like this.

With NFL’s two most dynamic, electric, and creative offenses (and quarterbacks) facing off, even a steadfast-under bettor such as myself feels a little sick firing on any fades in this freak show.

So we ride with one of the freakiest of all in “Hollywood” Brown, whose betting lines still haven’t quite caught up to his growing role and talent.

Updated note: We’d obviously never post an odds boost promotion as an official play, but if you have DraftKings, you can get an odds boost of  O3.5 at -132 — an outstanding value.

Battling injuries and a rookie learning curve, the 4.30 speedster played on 51% of snaps as a rookie, but that number has ballooned to 65% as a sophomore. 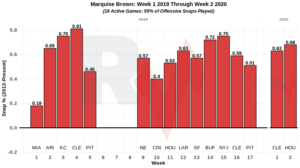 Now healthy and firmly entrenched Lamar Jackson’s No. 1 option, the former Oklahoma Sooner has returned steady stat lines of five receptions on six targets in each of his first two games.

Brown is still going to have his share of quiet games, but this should be one of his more voluminous spots in the second-highest totaled game of Week 3.

Baltimore hasn’t had to show their hand yet thanks to two easy opening matchups, running just 61.5 plays per game, seventh-fewest. But they were third in that metric last year at 68 plays per game, so expect them to start gravitating more towards that number — starting tonight against a KC offense that is projected to put 24.5 points on the board.

He’s been the go-to guy on this offense with a 25% target share that leads the team, so when the volume does hit, he projects to get the biggest boost to his bottom line.

Brown was bottled up in his only meeting with KC back in Week 3 last year, but his two receptions for 49 yards that day came on a gaudy nine targets, the second-highest total of his career.

The Chiefs secondary is sneaky good, allowing the fewest yards to opposing WRs last year. They’re second to Baltimore in that category this year, so their ability to make wideouts disappear at times is a genuine concern here.

Still, we saw a similar speedster in Will Fuller (4.33 wheels) beat this secondary for eight receptions on 10 targets, and Brown’s owns outcomes that are within the same range.

Pinnacle sportsbook (considered the best market originator on props) currently has Lamar Jackson’s O/U on pass attempts set at 31.5. With a 25% target share, that puts Brown in line for 7.9 targets tonight, giving us ample opportunity to hit at least four receptions and freeroll the rest.

I’d play this line down to -125. If the steam gets out of hand on the receptions prop, look to yards instead.