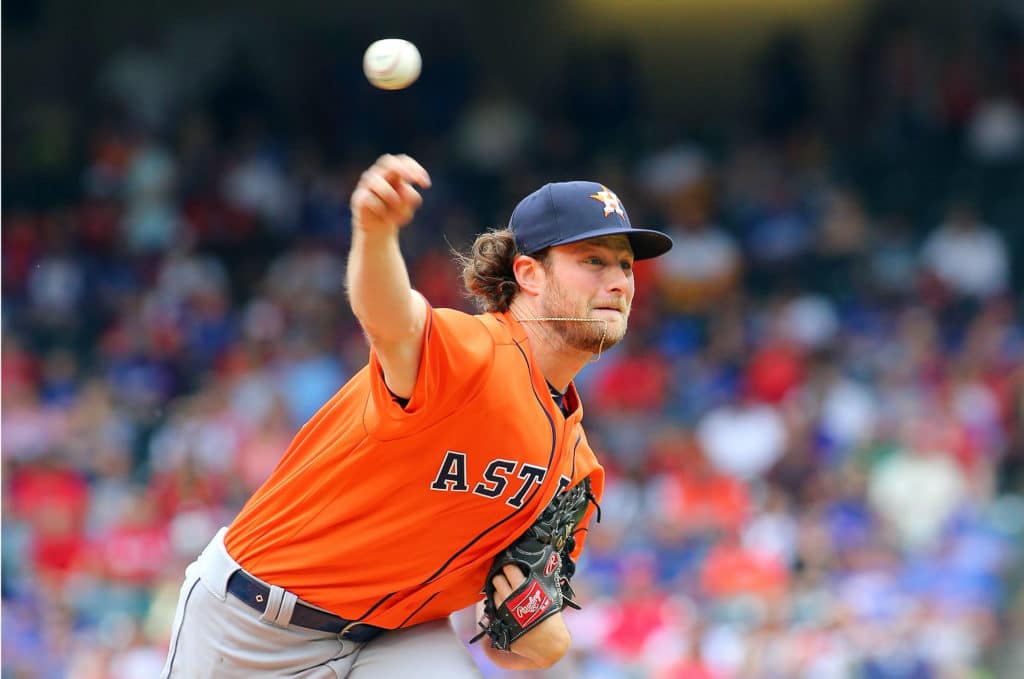 Thursday’s evening MLB slate brings a limited amount opportunities with just six games on tap, but the good news is that one of them is a Gerrit Cole prop bet which has been highly profitable for us so far this season — perfect, in fact.

No one has been better than Cole in the strikeout department this season, and the books continue to keep the door open on the overs.

Before we jump in, a quick recap of our record coming off an article card where we crushed the closing line value but still took our lumps by losing both.

There’s still plenty of seasons left to get on the K Train!

The Astros ace has been very good to us in 2019. At the risk of running the jinx on ourselves, we’ve bet the over on Cole prop bets on 10 occasions in 2019, including four two-unit bets, and have won all 10 bets.

The streak will end at some point, but Cole has been the best pitcher from a strikeout perspective in 2019.

The former first-overall draft pick also ranks fifth in WHIP (1.002) and fifth in total innings pitched. On the season, he’s now struck out nearly 38% of the batters he’s faced. 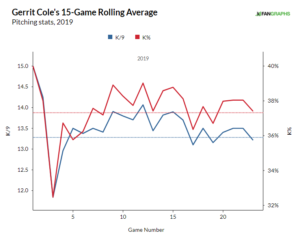 I think we’re getting a bit of a discount on tonight’s line with Cole coming off a “down” seven-strikeout start in his last outing against the Cardinals. But he hit double digits in four of five before that, and on the season he’s gone over 8.5 Ks in 15 of his 23 starts while averaging 9.22 per game.

Even when batters are making contact, they’re not hitting him hard — since the start of June, Cole ranks in the top 20% in average exit velocity (87.1 MPH) while giving up 4.5 hits per game with a .193 opposing batting average.

To be fair, tonight’s is not the dreamiest matchup imaginable.

But Cole has fared well against Cleveland over a limited sample, holding them to a .163 BA and .294 wOBA in 53 plate appearances. In his only meeting vs the Indians this season on April 25th, he pitched 7.0 innings and struck out 10.

The wind is also blowing in tonight at 8 MPH, and the Vegas line implies a modest 3.9.

I expect to see the juice on this line move throughout the day, but I’d still play the 8.5 number up to -130.