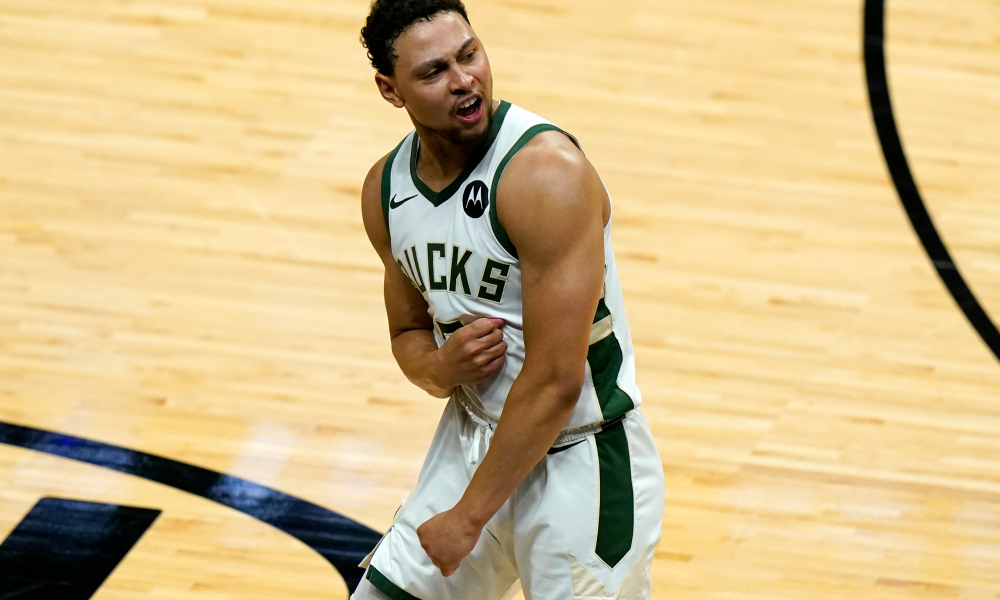 I’m back on the proverbial prop horse after (finally) securing a win last night with a look at one of the best props for Bucks Nets, Game 5. Headlined by the return of James Harden to Brooklyn’s lineup, expect a competitive game between two of the elite teams in the Eastern Conference.

I’m banking on Bryn Forbes having a lackluster performance and believe fading him is the way to go. Let’s look at why.

Forbes had some huge performances coming off the bench in their opening-round sweep of the Miami Heat.

The 6’2” sharp shooter caught fire from behind the arc, draining a total of 16 three-pointers in Games 2-4. It appeared as if he had seized a role in the starting lineup after the Bucks lost shooting guard Donte DiVincenzo to a season-ending tendon injury. Milwaukee instead chose to employ a lineup focusing on size, defense, and physicality by inserting P.J. Tucker into the starting lineup.

Forbes has been somewhat of an afterthought in the second round, with his playing time decreasing in each subsequent game while mustering only 9.1 PRA in the series. Forbes certainly creates spacing for the Bucks on offense, but it’s his defense that’s keeping him off the floor and can help explain why his minutes have diminished.

The Nets struggled defensively throughout the regular season. The question all year was whether or not they’d be able to overcome their defensive deficiencies in the playoffs, but they have silenced their critics, and their defense has so far been a strength in the postseason.

They’re ranked third (out of 16 playoff teams) with a defensive rating of 107.5, holding opponents to 43.2% shooting from the field, good for the third-lowest field goal percentage.

Brooklyn has defended the perimeter better than any other team in the playoffs, limiting their opponents to just 31.4% shooting from behind the arc. With nearly 66% of Forbes shot attempts come from three-pointers this certainly favors the under.

With a diminishing role and a stingy Brooklyn perimeter defense, Forbes will have his work cut out for him tonight. Due to his struggles on defense and the Bucks looking to extend their starters minutes, it wouldn’t surprise me to see him land under 15 minutes for the third game in a row. I have Forbes penciled in for 9 PRA.