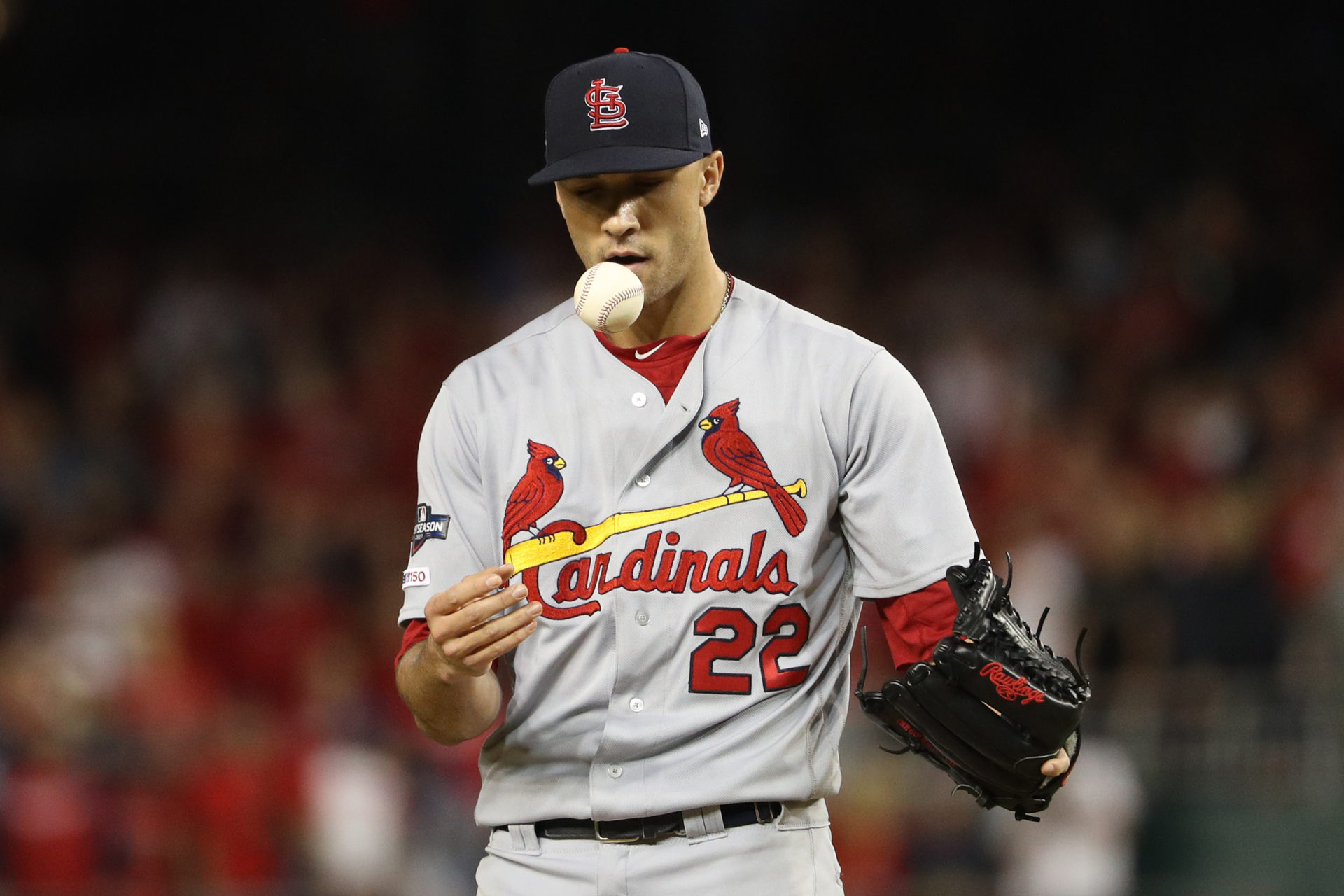 There’s trouble brewing for the Cards’ Jack Flaherty facing a white-hot Milwaukee lineup as we look at the best MLB K props today.

Flaherty’s been good this year, but the Brewers have been better and are near-impossible to strikeout out of late.

Another win last night makes us 9-2 on our last 11 article plays, while our subscribers are cashing in at a 70% clip since the crackdown (87-38).

Note: This line moved just before publishing and is now unplayable at most books. If you have Ceasar’s sportsbooks (including Golden Nugget), we like the U6 Ks at -105 there.

It’s been a bit of a rollercoaster season for the former first-round draft pick.

While he’s been excellent overall with a 2.65 ERA and a 0.97 WHIP, Flaherty’s K% was bouncing between the high teens and the low-30s before missing more than two months with an oblique issue.

The 25-year old was solid in his first start back off the IR with two hits allowed and five strikeouts, though it should be noted that he only hit 81 pitches, his shortest start of the season. While he could be back to a full load today, it’s also possible that he has a soft innings cap slapped on him while he gets back up to speed.

But this bet is all about the Brewers.

Over the last five weeks, no team has been better at coercing K prop unders than the Brewers. They’re on an insane run, forcing unders from opposing pitchers in eight-straight contests.

Only one of those starters has managed even four strikeouts in that stretch, and as a group, they’re averaging 2.4. 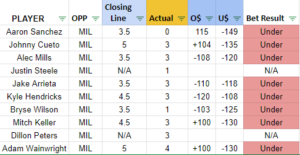 Since July 7th, pitchers to get a line vs the Brewers:

The Brewers own the second-best kRate in baseball over the past month (19.1%), and it’s one of those spots that’s even sweeter since they have a public perception of a being free-swinging team, injecting their lines with a ton of value, which is certainly one reason they’re putting up so many unders.

Between what could be a shorter start coming off a long absence and facing the hottest K Prop team in baseball, fading Flaherty at 6.5 is an easy play the way down to -150.