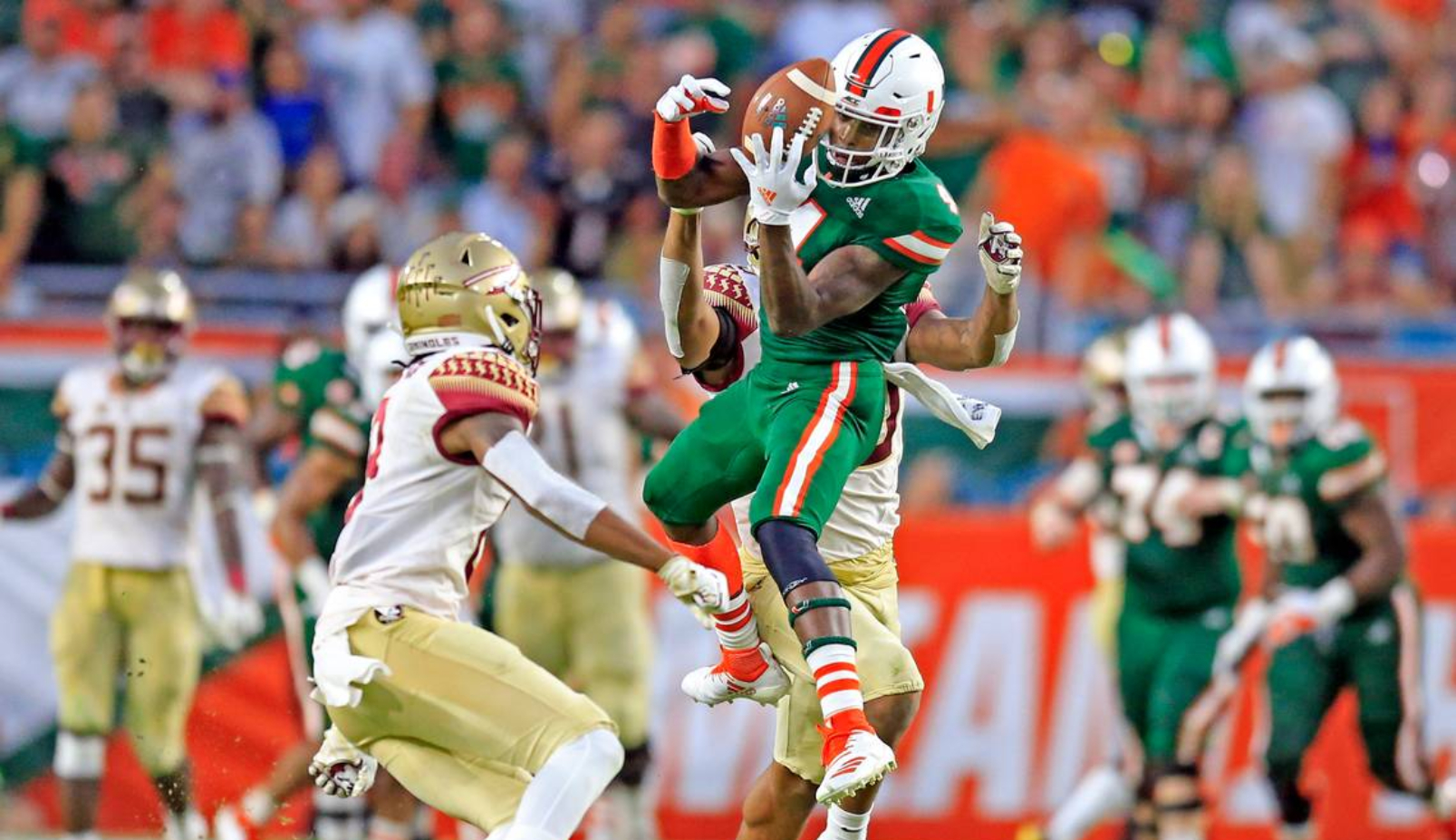 In an article earlier this week, I detailed a college football win totals betting system that uses previous-season Second-Order (2nd0) win totals to find value in the win totals market.

Teams with a previous-season 2ndO win total differential of +1.5 or higher boast a ludicrous 69.0% over-rate on their win totals in the following season. Admittedly, our sample size for that trend was very small (35), but that over-rate is tantalizing nonetheless.

Among the teams that fit that trend in 2019, three stand out as strong over plays this season: Miami, North Carolina, and Memphis.

My bullish stance on the Hurricanes is based primarily on their defensive prowess. Miami boasts an elite combination of forcing turnovers, applying pressure, and stone-walling offensive drives.

Their LB corps may be the best in the country, and they are voracious at the point of attack. As a result, the 2018 Hurricanes defense ranked 10th in defensive success rate.

Admittedly, they lost a lot from last season’s squad, ranking 83rd in returning defensive production. But, this is “The U.” The Hurricanes ranked 22nd in recruiting nationally in 2016, 12th in 2017, and eighth in 2018. They have more than enough talent to reload their vaunted defense, albeit slightly less experienced than last season.

Miami also ranks 70th in strength of schedule difficulty, which is fantastic for a team that had some seriously hard breaks last year. The Hurricanes should roll in six of their 12 games, against Bethune-Cookman, Central Michigan, Georgia Tech, Louisville, Florida Atlantic, and at Duke.

Then, in order to exceed their 8.5 win total, they’ll only need to pick up three wins against Florida, at North Carolina, Virginia Tech, Virginia, at Pittsburgh, and at Florida State. For the sake of argument, let us assume the ‘Canes lose their opener against the Gators (which is nonetheless a very winnable game) — and let us assume that their rivalry game against the Seminoles is a coin flip.

In order for the Hurricanes to fail to reach nine wins, they’d have to drop two games to UNC, Va. Tech, UVA and Pitt. And, frankly, I don’t see it happening. Virginia and Virginia Tech are their most threatening opponents out of that group, and Miami gets to host both of them in Miami Gardens.

I’m looking past Miami’s QB concerns due to their elite defense and soft schedule. This is a nine-win team, and if they find solid quarterback play from Jarren Williams and/or Tate Martell, they’ll likely represent the ACC Coastal in the ACC Championship at season’s end.

Let me get this out of the way: I’m an NC State fan and alum. I hate the Tar Heels with every fiber of my being — their athletics, their culture; hell, even their personalities.

… But they’re still going to win five games this season. So, while I may resent them, I might as well profit off of them.

North Carolina will start a freshman at QB this year — either Sam Howell or Cade Fortin. Trotting out a freshman QB in a new offensive system with a brand new coaching staff obviously doesn’t inspire a lot of confidence.

Sure, North Carolina doesn’t have that level of offensive talent, but their offense is likely underrated. In 2018, the Tar Heels dealt with heavy player suspensions due to NCAA sanctions, suffered untimely injuries, and experimented at QB all season.

Yet, despite those extenuating conditions, the Tar Heels still somehow managed to finish 31st in offensive IsoPPP+. That explosive offense just got a major upgrade in OC Phil Longo. On top of that, North Carolina ranks 15th in returning offensive production and has ample WR weapons, and depth at RB.

The defense has some holes in the secondary, to be sure. But, the defensive line should still be solid. That unit (plus the linebackers) ranked 21st in Front-Seven Havoc last season.

Now on to their schedule.

The Tar Heels’ first major test comes at Wake Forest on Sept. 13. That is a very winnable game and may serve as a barometer for the rest of the season. After that, they host Appalachian State on extended rest, which figures to be a true coin flip game. They also draw Georgia Tech on the road — a game they should win — and host Duke at home.

Those four opponents are all dealing with either coaching turnover, roster instability, and/or new offensive schemes. North Carolina could easily go 4-0 in those games, which would already bring their win total up to the requisite five. 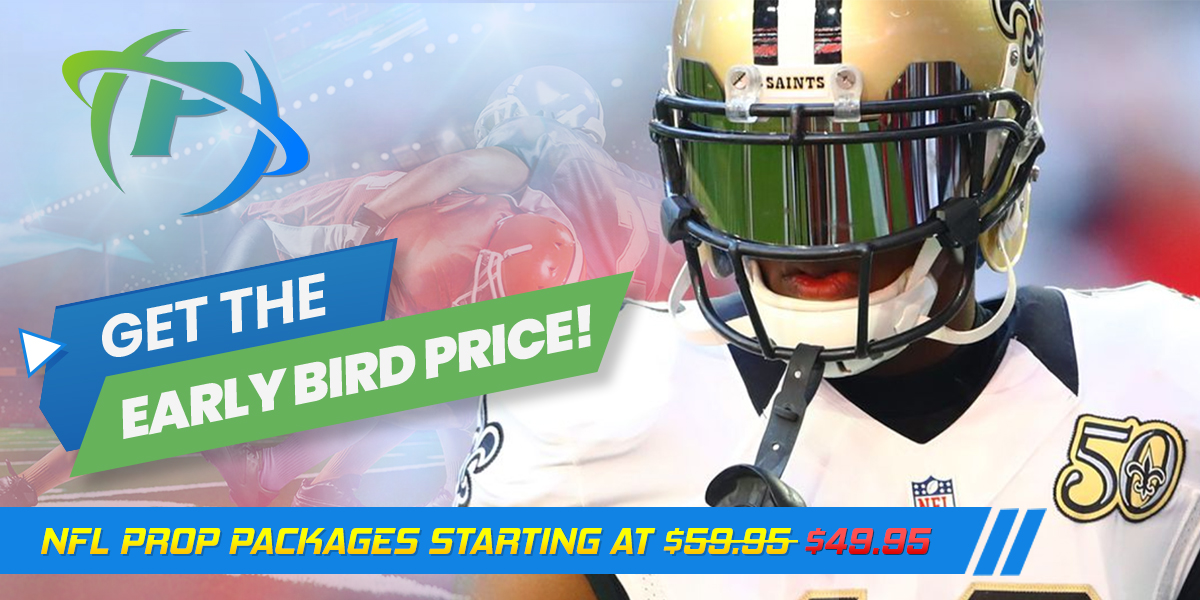 Finishing off the Tar Heels schedule breakdown, they also draw Virginia at home, Pittsburgh on the road, and NC State on the road. Those three games are much tougher, but North Carolina could finally turn the tide in their rivalry against the Wolfpack.

NC State is one of the teams fitting our under trend from the previous article and is a major candidate for a 2019 decline due to their poor overall returning production (and a change in OC).

Five to six wins is well within North Carolina’s grasp, and I definitely cannot foresee a scenario where they only manage four wins on that pathetically weak schedule.

The Tigers have had to replace three coordinators this offseason, but that’s nothing new at Memphis. It seems like every season, at least one power-five conference team poaches a member of the Memphis coaching staff.

Luckily for the Tigers, coaches are basically the only “position group” that must be replaced. Memphis returns QB Brady White, nearly the entire defense and the entire WR corps. The Tigers lost RB Darrell Henderson and RB/WR Tony Pollard via the NFL draft, but Patrick Taylor Jr. should be able to carry the load in 2019. Taylor rushed for 1,122 yards and 16 TDs in 2018 despite a timeshare with Henderson.

The Tigers defense was extremely young last season, and yet Memphis still ranked fourth in turnover margin and 28th in Front-Seven Havoc. That defense is now stocked with upperclassmen and should improve due to that added experience.

Given those elite marks in both efficiency and explosiveness metrics — on top of Memphis’ excellent returning production — the Tigers are set up for another season of offensive excellence and defensive improvement.

Perhaps most importantly, Memphis also ranks 111th in strength of schedule difficulty. In fact, the Tigers are projected to be favored in every single regular season game. Moreover, they’re projected to be seven-point favorites or higher in 11 of their 12 games. The lone exception is in Week 1, when Memphis hosts Ole Miss (Memphis -6, as of writing).

There are basically no holes to poke in the Tigers’ resume. They remain an excellent candidate for positive regression and could legitimately go 12-0 in the regular season before facing off against UCF in the AAC title game.

If you’re feeling particularly bullish on Memphis, consider taking them at -175 to win the AAC West or +275 to win the conference outright.