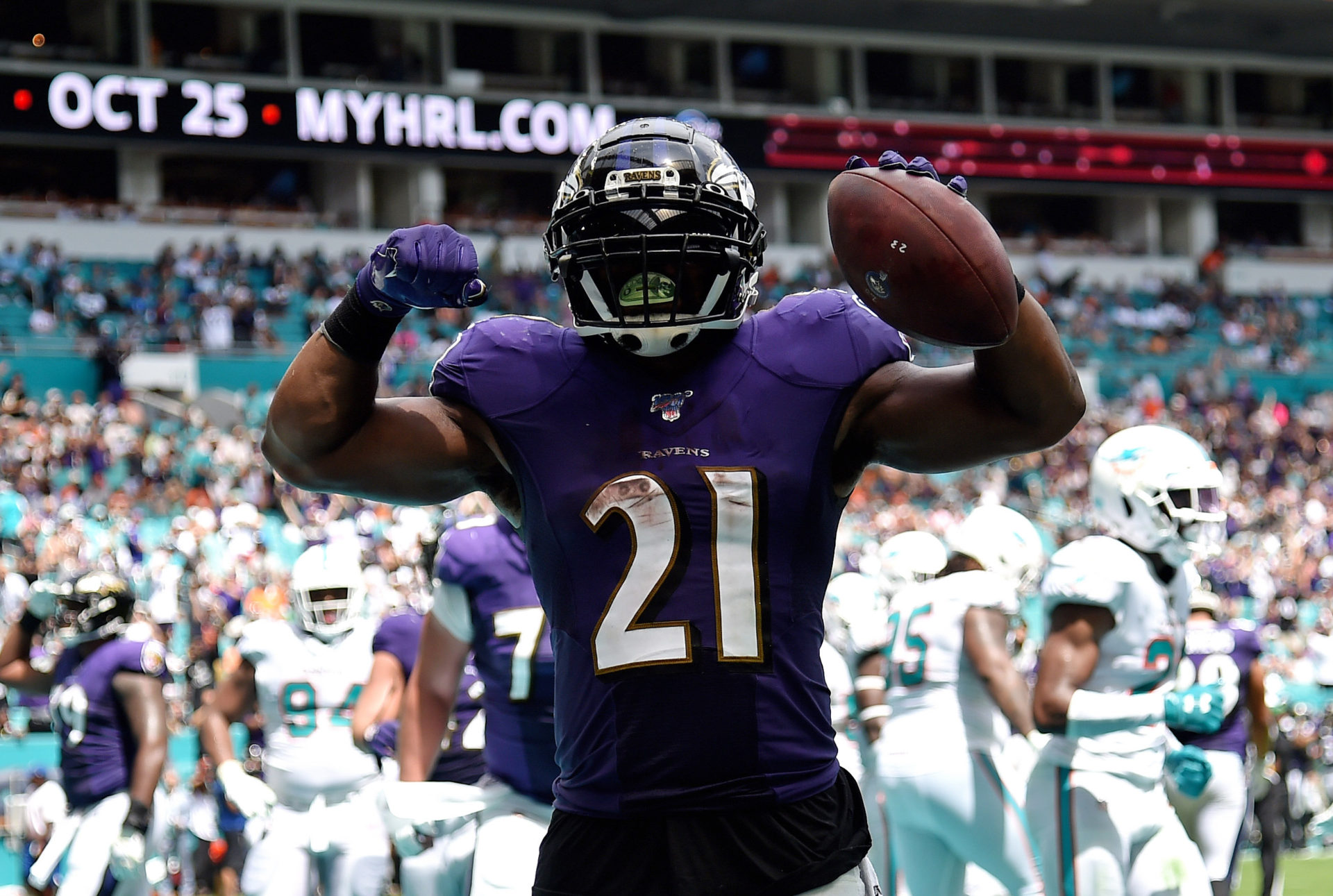 With the prop lines already hitting the streets early on Saturday it's time to buckle in and study up as we look for the best Week 2 NFL props at running back.

Unders are often the way to go when it comes to RB props, and for good reason, but that wasn't the case last week when both of the RBs we faded in this column space went off.

Still, our WR article props went 3-0, and our subscribers won the weekend with our overall 16-10 record for +6.39 units. Most of our subscribers have already paid for their entire year, and chances are, you can too.

Let's dive in with a look at our two best Week 2 NFL props at RB.

Ingram had 76 yards on 9 carries in the first half alone during last week's beatdown of the Dolphins.

This week's fixture against the Cardinals should be more competitive, but that's actually good news for Ingram -- he basically took the entire fourth quarter off in last week's laugher, and as long as Arizona can keep it within a couple of scores, Ingram should have no issues hitting 15-plus carries.

With running-threat Lamar Jackson under center, the Ravens have become one of the best rushing teams in the league, both in terms of efficiency and raw numbers.

The cherry on top here is the breathtaking pace at which both teams run their offenses -- expect a ton of plays. The Cardinals ran the most plays in the league in Week 1 with 80. Granted, they played into overtime, but their 66 plays in regulation would've ranked 10th. Per Pat Thorman, Arizona's pace of 22.8 seconds per snap was the fastest pace in the league.

Meanwhile, Baltimore ran the most plays of any team that didn't go into the extra frame with 73. Their 70.9 plays per game under Jackson last year was far and away the best mark in the league.

I forecast both offenses to be pushing the pace once again, leading to a plethora of rushing opportunities for Ingram.

It's worth noting that he's listed as questionable after putting in a few limited practices early week, but he practiced in full on Thursday and Friday and is expected to be a go.