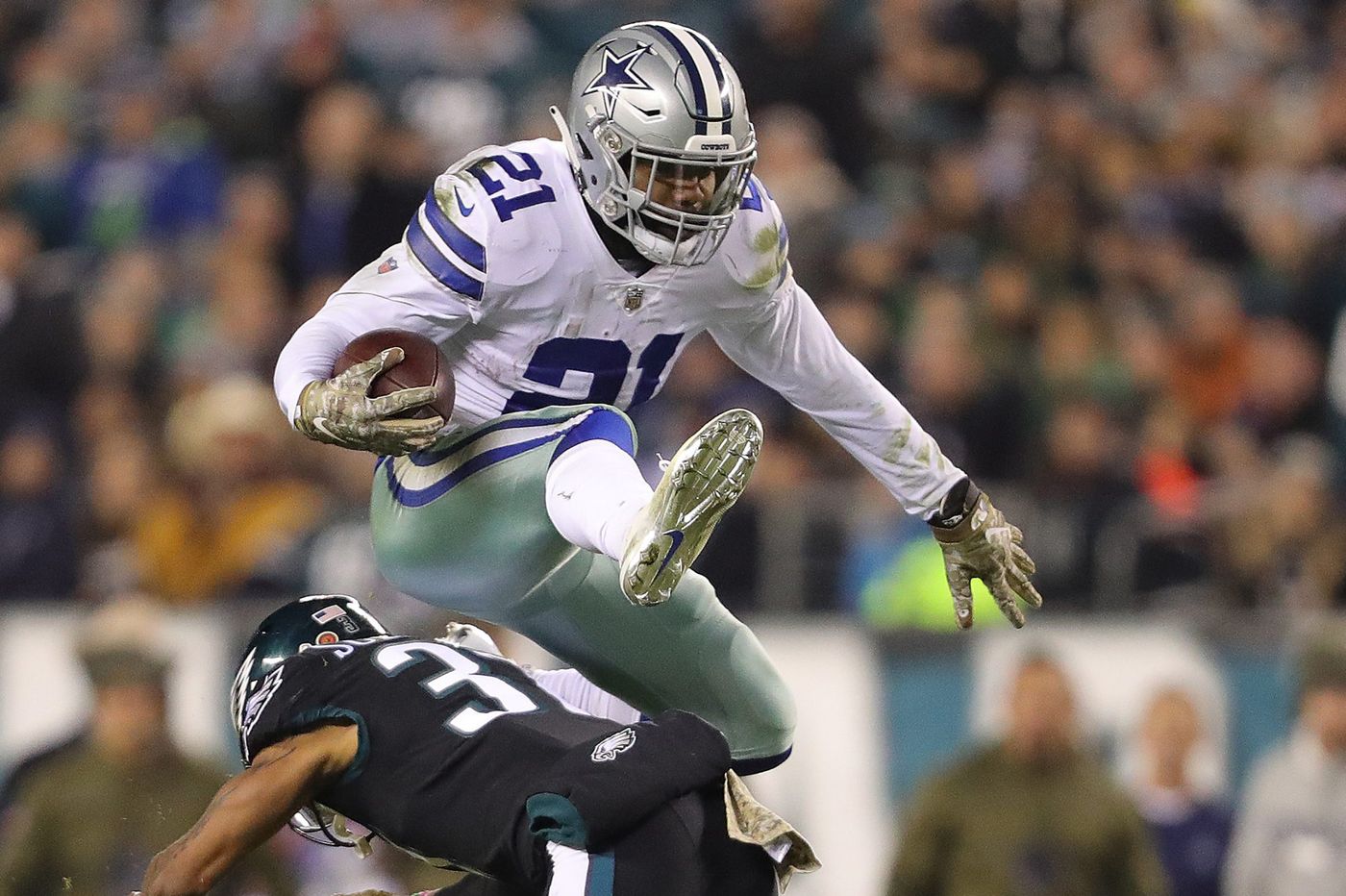 Cowboys RB Ezekiel Elliott leads the way as we run down our best Week 15 prop bets.

Already one of the best bets around when it comes to rushing volume, Elliot has recently added “elite passing back” to his resume. Since coming out of the Week 8 bye, Elliott is behind only Christian McCaffrey in RB targets, receptions, and yards.

That’s where we start our picks, but we’ve got three other value picks for you this week as well.

Be sure to check out our best head-to-head prop bets and follow us on Twitter for dozens more picks all Sunday morning.

We’re coming off a down week at 3-4, but overall we’ve done well at exposing the inefficiencies in the prop market:

Averaging five receptions for 38 yards on the year, there’s no doubt this is a big number to chase for Elliott, but the Colts are the team to do it against.

Combined with the Colts giving up the 12th-most rushing yards, and it adds to to a recipe for an Elliott aerial assault.

That was the game plan for the Texans last week, as Lamar Miller was fed a season-high six targets against the Colts. Before that it was TJ Yeldon (8 targets for 29 yards), Kenyan Drake (6-64), Leonard Fournette (5-56), and Jalen Richard (8-50) all exploiting Indy’s biggest weakness.

Dak Prescott shot an eye-popping 13 targets Elliott’s way last week, and against an offense capable of scoring at home, he should be busy again.

I’m playing this line as it opens on Saturday afternoon, but it will almost certainly fall to 40 or below by Sunday morning.

The Lions offense lost its roar after rookie Kerryon Johnson went down. Over the last three weeks, Detroit ranks:

Volume is again a concern this week with the Lions 3-point underdogs on the road against a Bills defense allowing 4 yards per carry, 11th best in the league.

More concerning for Blount is the emergence of fourth-year man Zach Zenner, who matched the veteran’s 12 carries last week against the Cardinals.

Zenner took over from an ineffective Blount in the second half and put up 54 yards (4.5 YPC), making his running mate’s mark of 2.8 YPC look rather pedestrian.

There’s reason to believe this is something closer to a timeshare going forward.