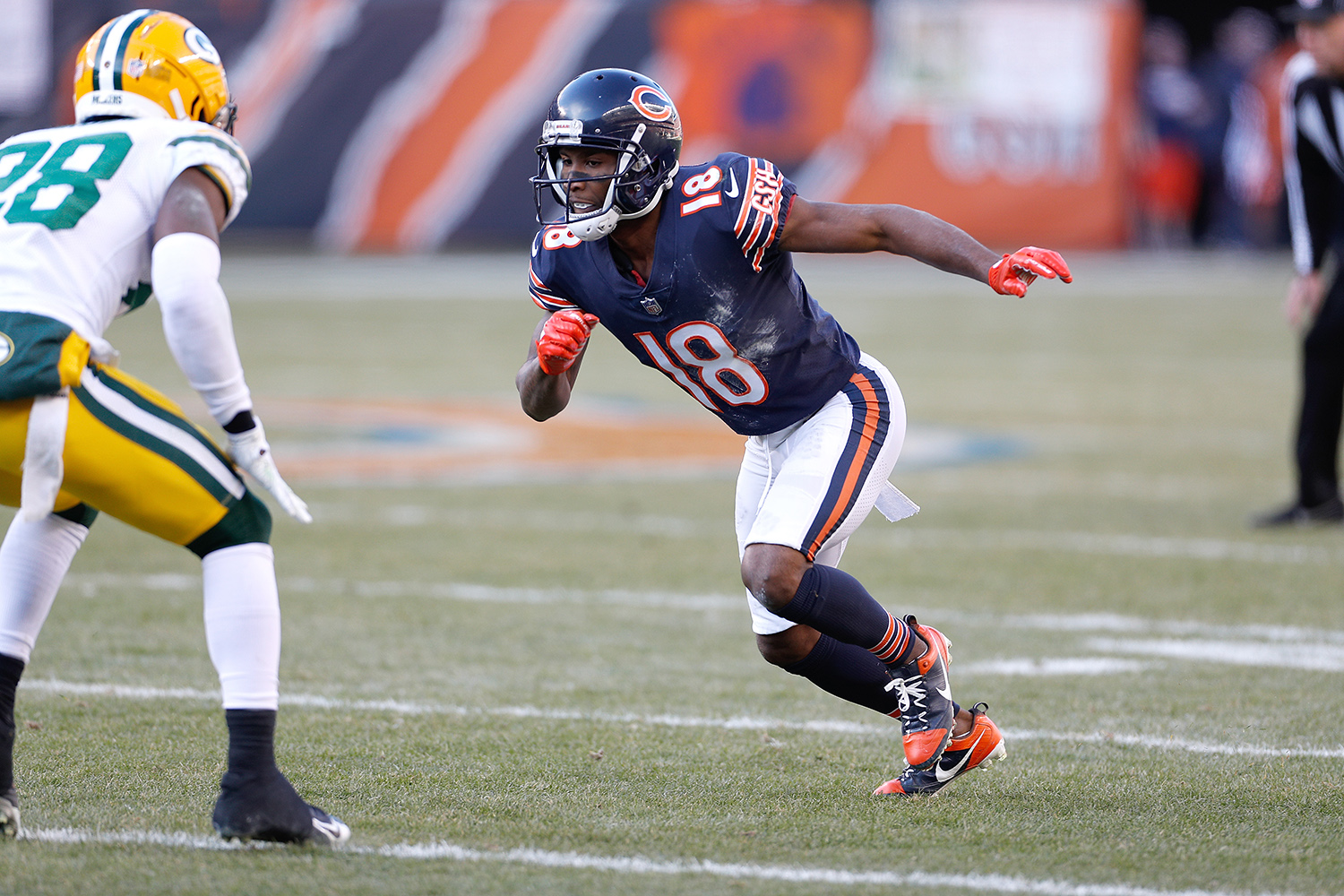 We're not going to sugar coat it -- this is an ugly opening slate for props purposes, making our search for the best TNF props on the season opener between the Bears and Packers a challenge.

It's a double whammy:

That said, we do have one play on WR Taylor Gabriel that stands out.

We'll also add several leans for Bet the Prop subscribers at the end of the article for those who don't mind a little more variance and want more action to sweat for the big opener.

You can also check out some of our previous plays for this game here:

The gadgety Gabriel suddenly has more competition in that department after the Bears added WR/RB Cordarrelle Patterson in the offseason. The Swiss Army Knife veteran is likely to siphon off a few of Gabriel's 93 targets from last year, and he's not the only potential vulture lurking.

The Bears also added RB David Montgomery, a capable pass catcher who racked up 58 receptions over his final two seasons at Iowa State, and he'll be more involved in the passing game than the outgoing Jordan Howard was. 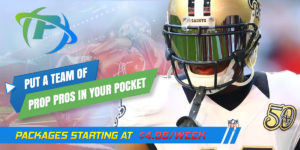 Gabriel's usage was already waning before the new blood arrived -- he averaged 6.1 targets and 4.6 receptions over Chicago's first eight games before falling off to 5.5 & 3.8 in the back half of the season.

And a lot of the damage he did manage came when top-two WRs Allen Robinson and Anthony Miller were out of the lineup last year.

He averaged one fewer target and 12 fewer yards with Robinson out. 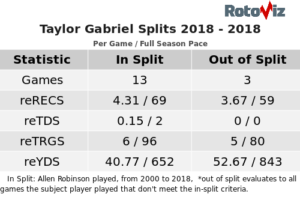 And he saw similar splits when the rookie Miller was inactive. 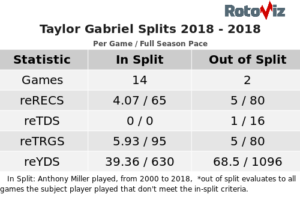 Not only are both of those WRs at full health to open the season, but they should both take a step forward in their second year with the team.

Robinson is another year removed from his ACL injury and has been a training camp star, while Miller is heading into year two -- and we know sophomore WRs historically tend to take a big leap forward from their rookie numbers. Gabriel has been undraftable in fantasy football all summer, and for good reason.

Gabriel's two lines vs the Packers last year were 5-5-25 (targets-receptions-yards), and 3-3-33, so we prefer the yardage line to the Uner 3.5 receptions line since he's shown capable of hitting four receptions and still falling short of 33.5 yards.