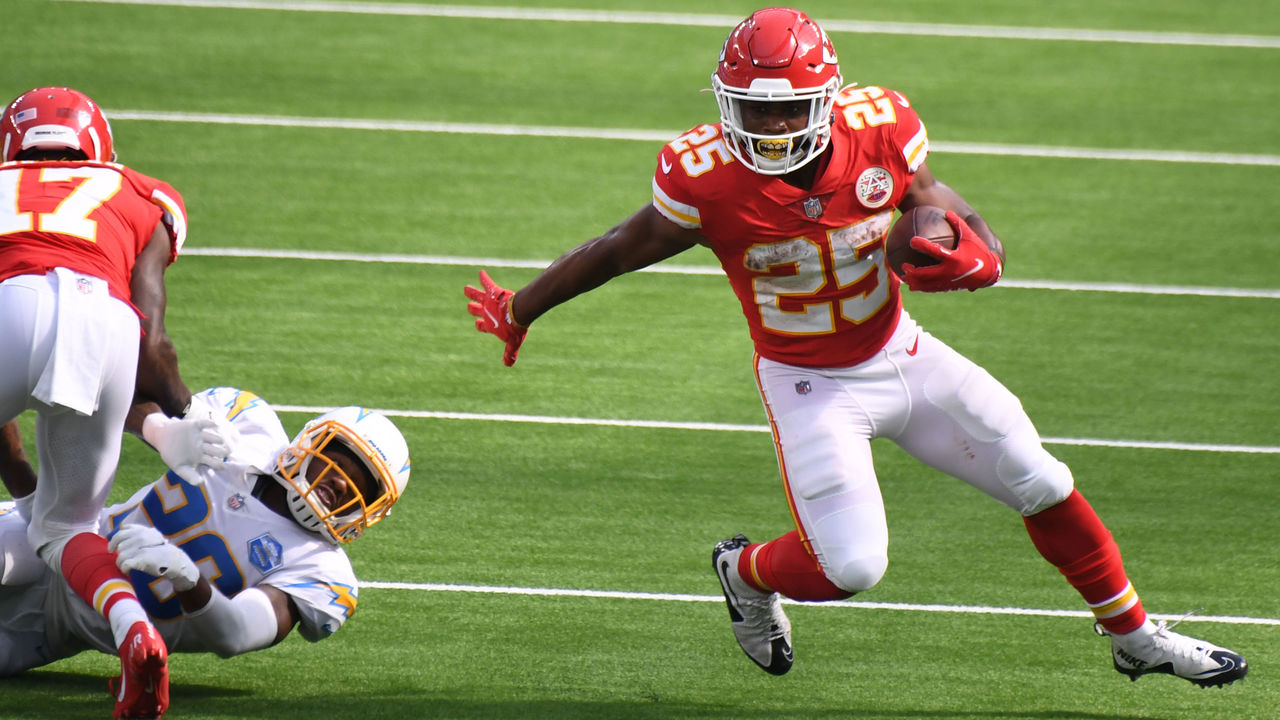 We’re expecting a heavy dose of the ground game featuring Clyde Edwards-Helaire as we break down one of our best TNF props for Chiefs Chargers.

Everything points towards a busy night for the former first-round draft pick, and we’re making this an official BTP play for 1 unit to kick off Week 15.

Our official NFL plays are hitting 61% on the year – as always we track all our plays here –  and there’s still plenty of season left. Join us to get in on all the action, including NBA, which is also hitting over 60% this year.

This is a straightforward play and doesn’t require much in-depth analysis.

It’s no secret that the Chargers defense is the biggest run-funnel in the league. They beg teams to run the ball with their constant two-high safety looks, and teams are obliging by shifting 5% towards the run against them, the highest mark in football.

The Chiefs themselves were one in a long line of teams to take advantage of the Chargers’ insistence on light looks in the box this year, feeding Edwards-Helaire a season-high 17 carries when these teams met in Week 3.

It’s no surprise, then, that LA is allowing the fifth-most RB raw rushing attempts in the league this year, a seriously impressive feat for an 8-5 team. A total of 15 different RBs have hit 12+ carries against the Chargers over their 13 games.

That kind of raw production doesn’t always translate to props, but it does here — 77% of RBs to get a Rushing Attempts line vs the Chargers have gone over this year.

Projections lend us some studly support here. They range from 13.5 to 15.3 carries, for an excellent 12.6% edge on average. 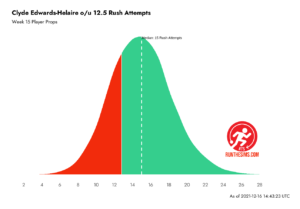 TNF games are typically ugly and not good environments to bet overs, but this looks like an exception. The 52-point total for tonight is far and away the highest on this week’s slate.

These teams can score, as they did the first time around when the Chargers won 30-24.

We think this line should be set closer to 13.5, and it probably won’t last very long.