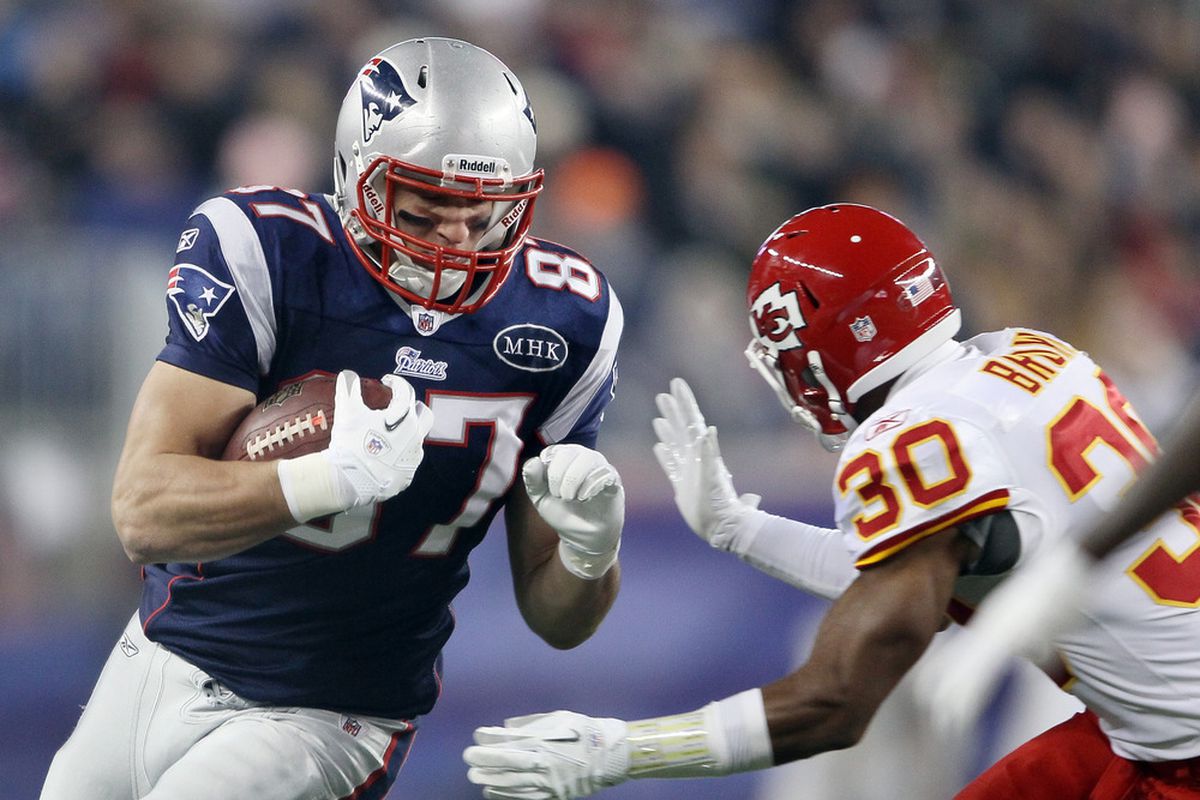 The Sunday Night Football affair may set up to be an exciting one, but it’s a tough  card from a prop betting perspective.

I find the hardest teams to handicap are those are with good, well balanced offenses that like spread the ball around indiscriminately, and the Chiefs and Patriots epitomize that approach.

The Player Props tool concurs. Whereas last week’s Sunday night slate had several bets with a quality rating of 10, tonight has just one.

So it won’t be a busy card, but let’s see what we can unearth for value.

Because lines and odds will often move between now and kickoff, after every selection, I’ll note the number I’d be willing to play to, as well as where I would draw the line on odds.

With a projection of 4.8 receptions, this is the lone player prop with a Bet Quality of 10 in the Props Tool.

While the Chiefs do give up average of 6.6 catches per game to opposing TEs (third most), we’re betting that the New England offense will remain balanced and spread the ball around, leading to limited smash spots for Gronk.

With Julian Edelman back and Josh Gordon being incorporated more into the offense each week, the Patriots now have an arsenal at full strength. They have no need to lean heavily on the big guy, especially as he’s still nursing an aching ankle.

I wouldn’t play this number any lower than six, and I also would not be willing to pay much more juice than we already are.

Check out the rest of the SNF player prop picks at The Action Network.