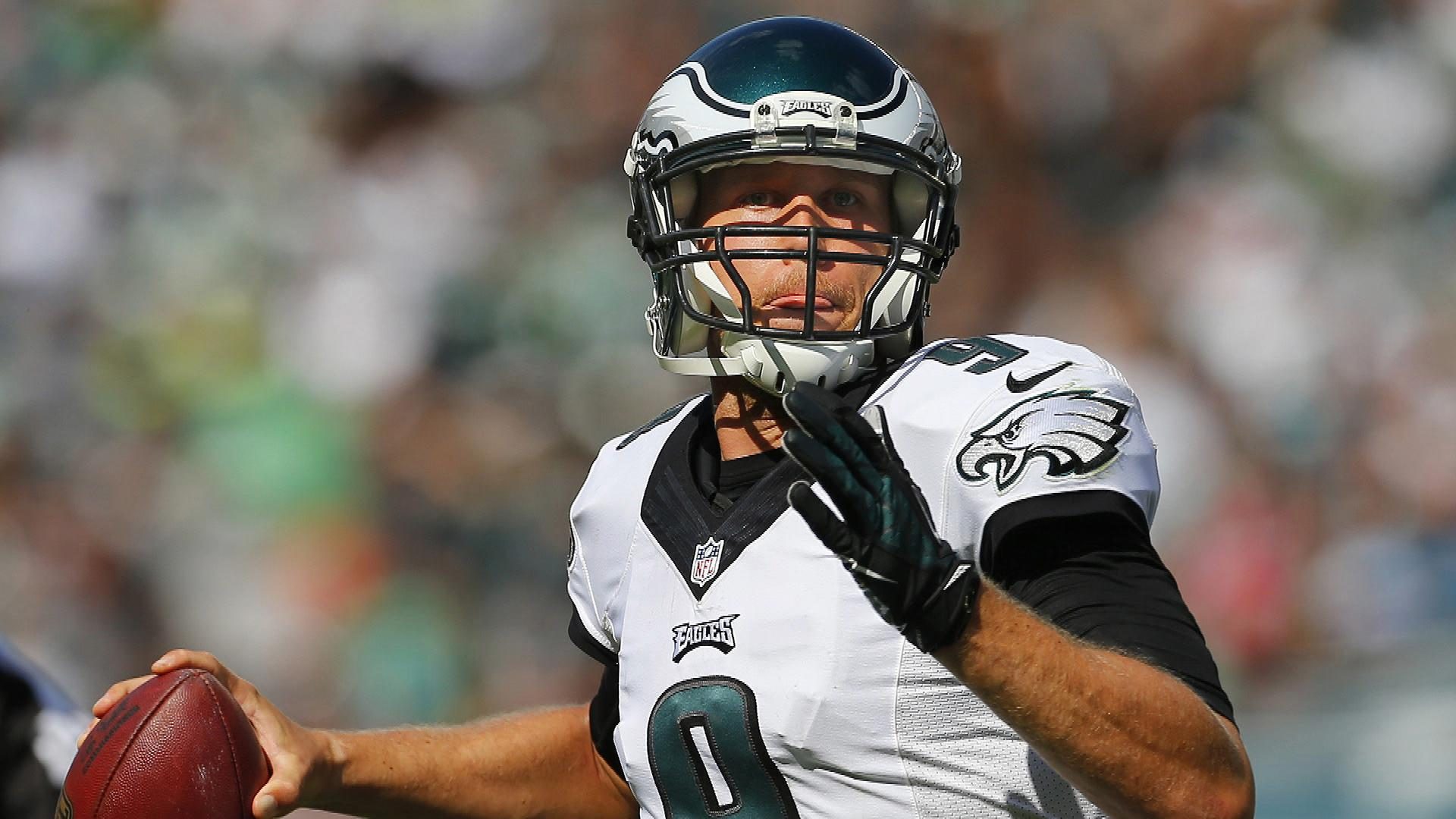 The Eagles turn to Super Bowl MVP Nick Foles as they look to keep their playoff hopes alive against the Rams, and we’re breaking down the best SNF prop bets, including a look at Foles’ TD prop.

While this is indeed a great spot for Todd Gurley against a hemorrhaging run defense, I just can’t in good conscience chase a number like 95.5 rushing yards.

So we’re pivoting to the QB position for this Sunday night affair.

Last week saw us go 2-0 in this space, and overall we’ve been red hot in prime time games.

The Eagles have a projected team total of just 19.5 points against a Rams team bolstered by the return of stud corner back Aqib Talib.

The Los Angeles has given up 13.4 points per game with Talib in the lineup this year, a number that swells to 30.8 when he’s out.

Foles had one total TD pass in his two starts to open the season, and going back to last year he had five TDs over six appearances. However, that number is skewed by a four-score output against the Giants; otherwise, Foles had one score over five regular season games.

We successfully shorted Goff in this space last week, but the Rams offense, and Goff in particular, is a different animal at home.

The Eagles come in decimated at cornerback — in recent weeks, they’ve allowed 455 passing yards to Dak Prescott, 297 to Eli Manning and 363 to Drew Brees.

Despite the chalky figure, this bet still gets a solid 6 rating in the props tool.

While a 13-point spread in favor of the Rams hints at a great game script for Jeffrey, the matchup is one of the toughest he’ll face all year.

In the two weeks since his return, Aqib Talib has bottled up both Kenny Golladay (3 catches for 50 yards) and Allen Robinson (5-42). Now he’ll line up against Jeffrey, who has posted 50 yards or fewer in six straight games.

While Jeffrey was fed nine targets against the Cowboys last week, he had four targets or fewer in five straight games before that.

I’m not exactly sure how Foles will distribute the ball among Eagles WRs, but for what it’s worth, Jeffrey averaged 3.3 receptions per game with Foles under center last year.

I would not be willing to pay any more vig on this prop than we already are.