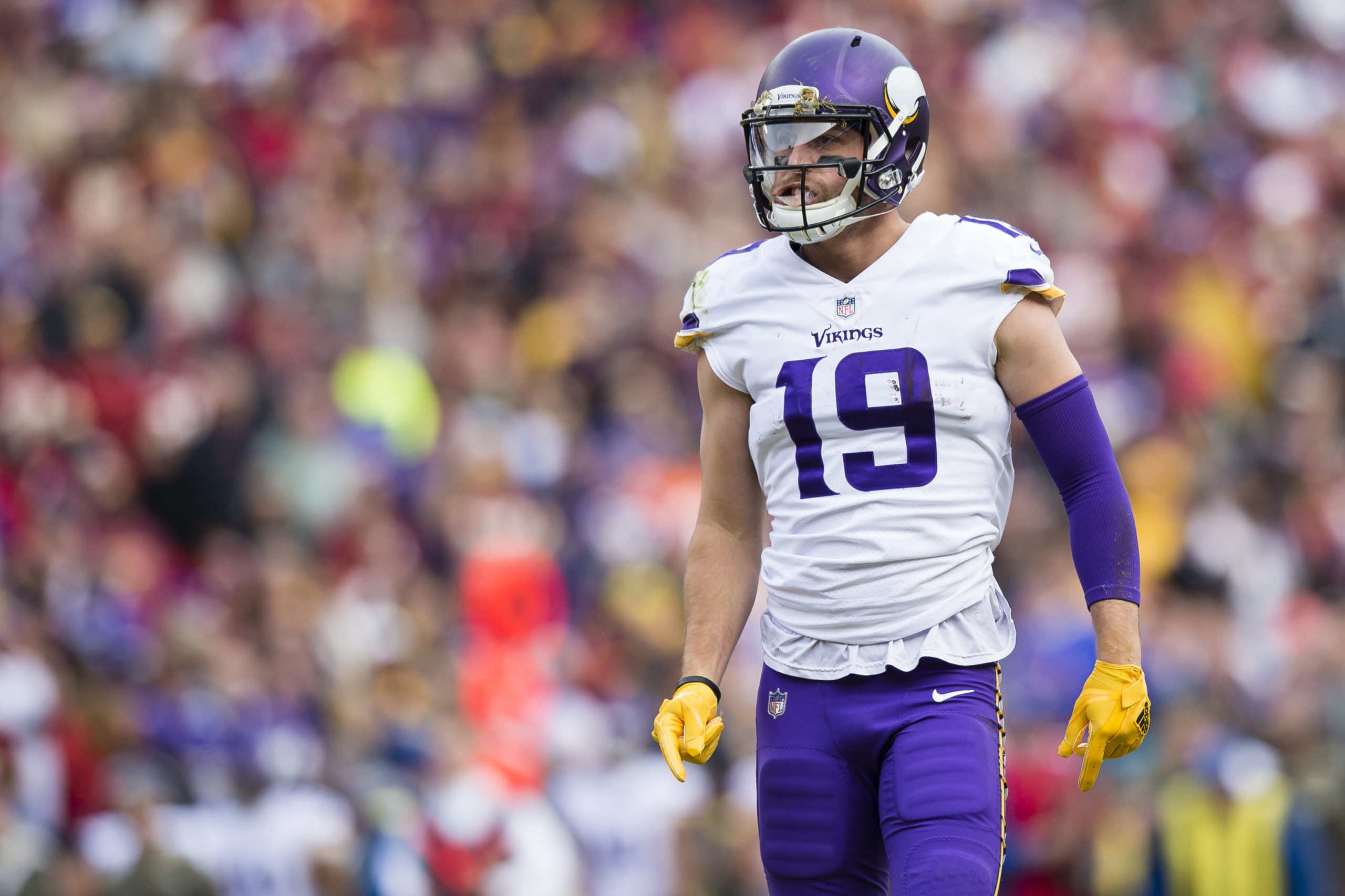 The Vikings like to pound the rock. That’s not a secret.

But they’re going to have a hard time doing that against MVP frontrunner Russell Wilson and the Seahawks. After years of fans clamoring for a more pass-heavy offense, Seattle as finally #LetRussCook – and it’s paid off as they stand at 4-0 after four weeks.

Wilson has never received an MVP vote in his Hall of Fame-caliber career, but that looks destined to change this season. The Seahawks have scored at least 31 points in every game so far.

As such, Minnesota won’t be able to stick with their pound-the-rock mentality for long, and Thielen would be the main benefactor.

We’re on fire on our free plays — four straight, including my winning play from last week’s SNF, so let’s stay hot.

MORE PROPS — Looking for props for Game 6 for the NBA Finals? We got you.

Editor’s note: We offer more than just NFL props; sign-up and get NBA, MLB, UFC, EPL, PGA, in addition to the best NFL props in the industry.

Thielen is third in the NFL in target share right now, earning a gaudy 32.6% of Kirk Cousins‘ pass attempts.

He’s had at least six receptions in two of the Vikings’ four games. That would indicate it’s a coin flip (although it’s way too to say that definitively), and we’re fine taking coin flips at +126.

Furthermore, Thielen has averaged six receptions per game when the Vikings are underdogs over the last three years, and that includes when he had to split targets with Diggs. 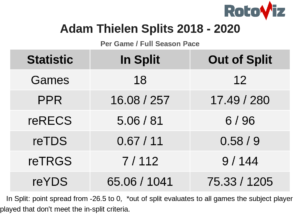 Now that he’s the obvious WR1 for the Vikings, you’d expect him to increase his volume even more. We learned over the summer that linemakers often over-adjust for game script, so this isn’t a perfect argument, but it’s worth acknowledging that the Vikings will not be able to employ their usual run-heavy approach.

Cousins betting line on attempts is currently sitting at over/under 36.5, putting Thielen on track for 11.9 targets at his current usage rate.

One of the reasons that number is so high is because no one in league history has been giving up more in the passing game than the Seahawks.

Unsurprisingly, they’re dead last in targets allowed to WRs too.

In all, they’ve allowed nine different WRs to hit at least six receptions. If you’re a WR and you got at least one target against Seattle this year (16 WRs have done this), you’re averaging 5.9 receptions and 84 yards.

Per projections, Thielen is pegged for 6.3 catches on Monday night.

I would have expected a line of O/U 6.0 on this one, but given the projection gap and the huge plus odds we’re being offered, I have no doubt this is a +EV bet in the long run.