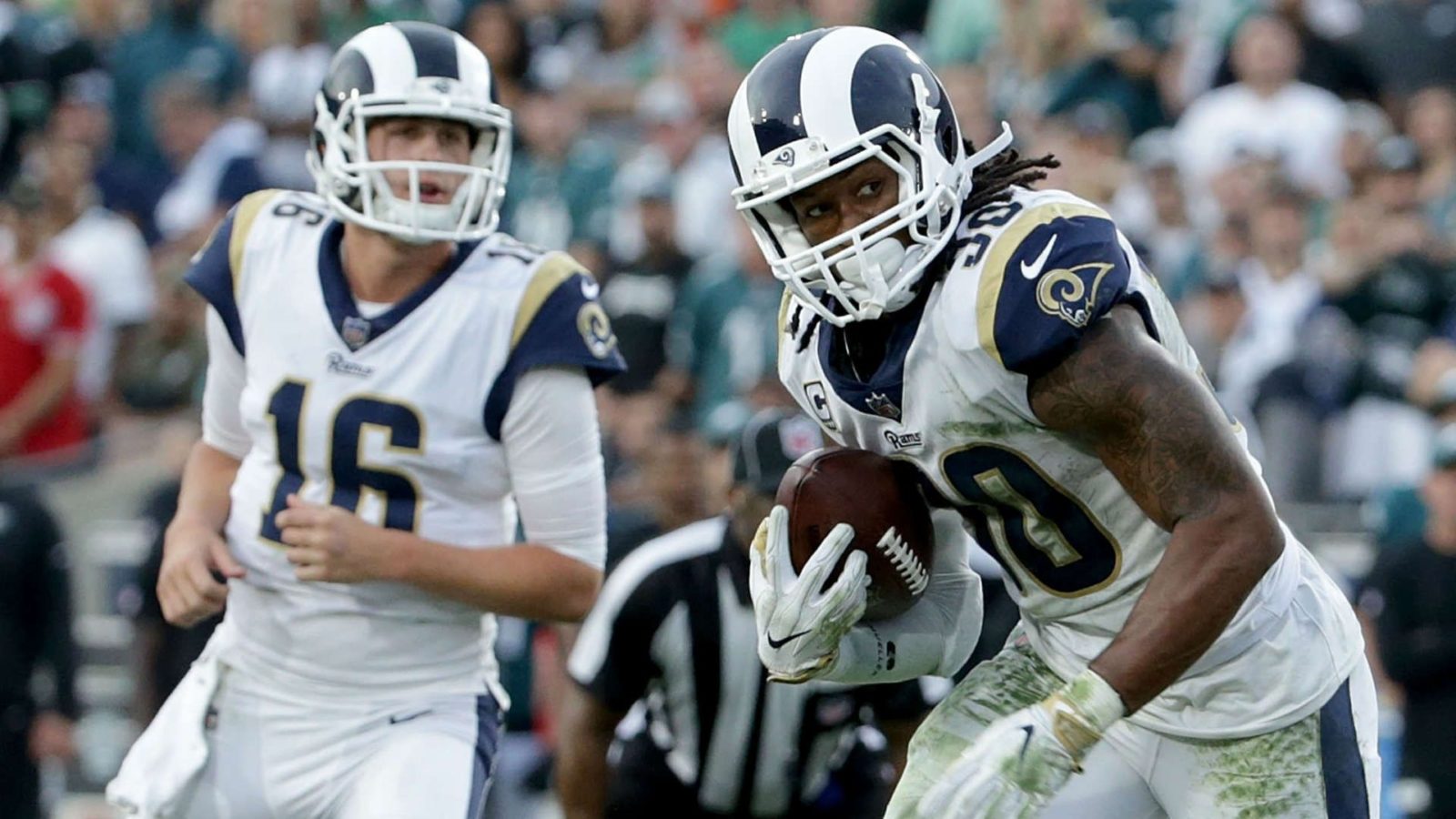 Sunday Night Football serves up an NFC West matchup with sizable playoff implications, and we're here for it, along with a few of our best Rams Seahawks props.

This game checks in with the second-highest over/under of the week: 47.5 points at the time of publication. If that doesn't hint at the shootout potential, how about the fact that their last three games have averaged 63.3 points?

Prop lines are usually inflated in obvious smash spots like these, making chasing those overs a tough proposition. But not with Jared Goff. The public is convinced he sucks, and his lines reflect that. Time to buy low.

Between domestic and offshore books, our NFL player props are hitting 280-197 on the season for +76.06 Units, putting the $100 bettor up $7,606. We just slashed our prices on our Full Season packages (including playoffs!), and there's never been a better time to join us.

Goff's history against the Seahawks combined with a home date in good weather and improving Rams offense all add up to make this passing line a little too low.

Let's have some fun with the RotoViz Splits App to look at how Goff performs in a few different settings. First, against the Seahawks, against whom he's averaged 344 passing yards on 40 attempts over their last three meetings, including 395 yards on 49 attempts in Week 5 this year. 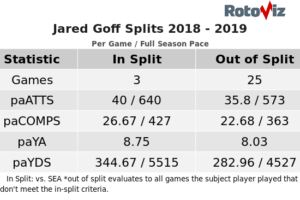 Over the last two seasons, Goff has averaged 25% more passing yards versus Seattle than the rest of the league.

Everyone knows about the road-Goff vs home-Goff Jekyll and Hyde narrative by now, although it hasn't held much water this year.

Of course, that 395-yard explosion in Seattle against this same defense plays a part in those stronger road splits.

Conditions will be far better at home. And make no mistake, Goff's still been far better there overall -- he's nearly a full yard per attempt and 51 yards per game better at home in the Sean McVay era. 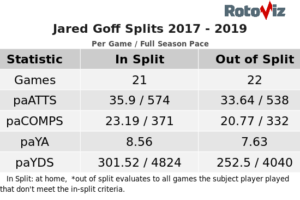 This game also has the makings of a shootout -- over their last three meetings, these teams have piled up 59, 67, & 64 points.

The over/under of 47.5 is not a huge total, but under McVay, Goff has averaged 282 passing yards in games that have totals of 45 or more. 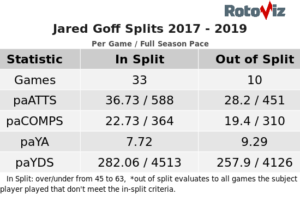 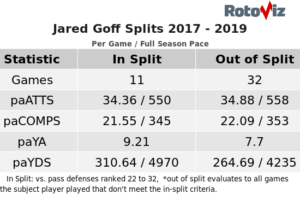 Treat this Rams Seahawks prop lean as entertainment and play it at your own risk.