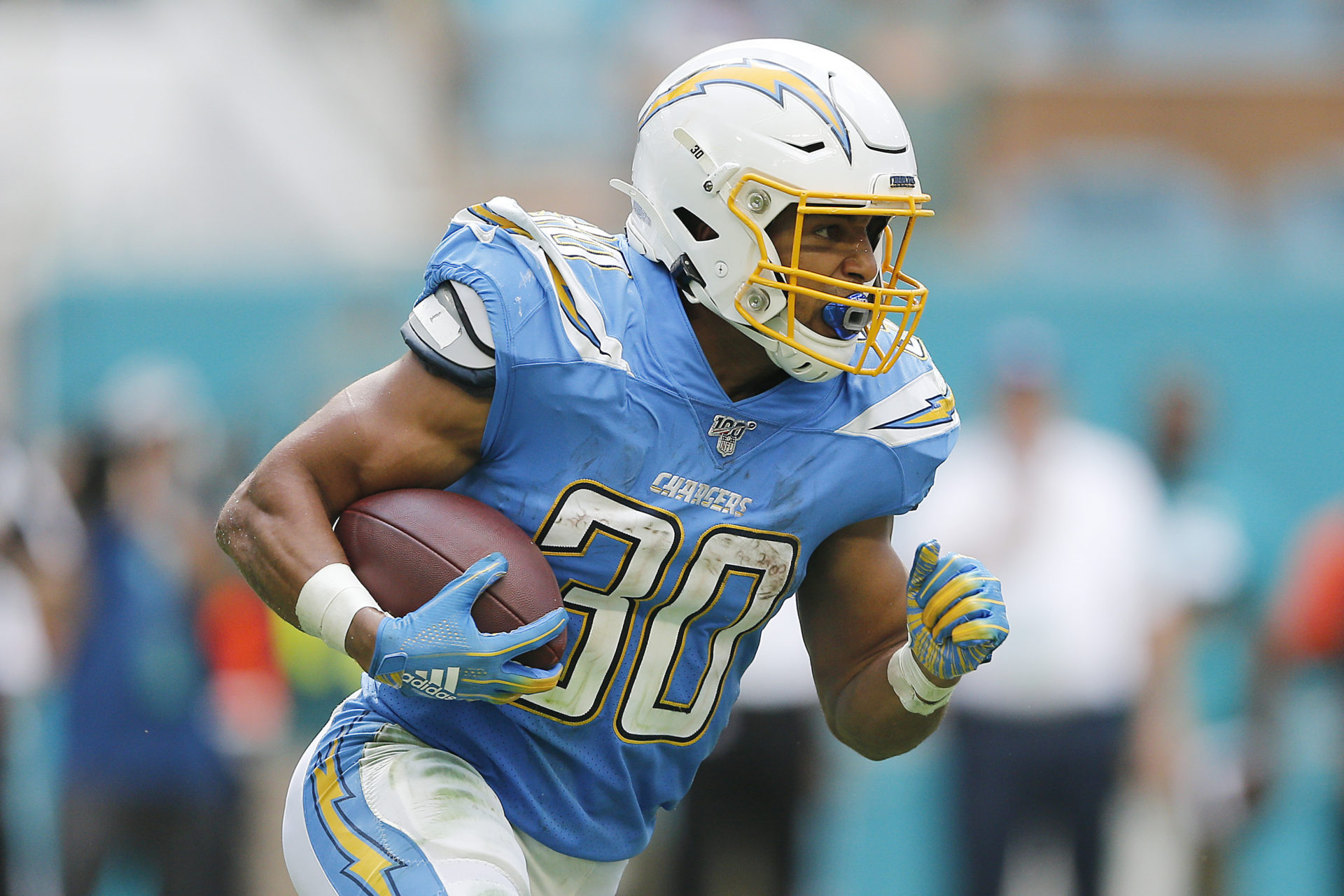 Early lines are a prop bettor’s best friend, and we’re in luck this week as we run down our favorite Raiders Chargers props for Thursday Night Football.

We’re locking in one play for now and will add two extra leans for those who like a little more action on their island games. Our article leans are 14-4 (78.8%) on the season after a perfect Monday Night Football card last time out.

It’s a fun slate, so there’s a good chance we’ll add another official pick or two before kickoff. Join us to make sure you get every pick – about 20 per week – instantly alerted to your device.

Granted it was in a game they led the entire way, but the Chargers offense did show a new-found commitment to the run game after the firing of offensive coordinator Ken Whisenhunt last week.

Their 140 team rushing yards were the most on the season, while both Ekeler and Melvin Gordon were handed their heaviest loads since Gordon’s Week 5 return. 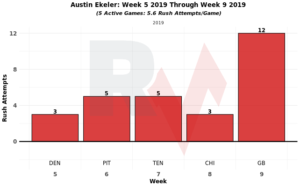 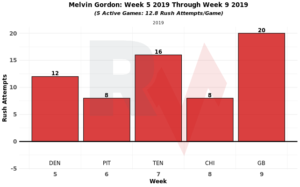 Ekeler’s line for rushing yards was set at O/U 16.5 last week, and he got there in the first half, finishing the day with a season-high 70 yards on the ground.

That was against one of the league’s worst run defenses in the Packers, so I’m wary of falling into the trap of chasing that production again, especially against a rock-solid Raiders run D giving up the ninth-fewest rushing yards.

Still, we’re talking 23.5 yards, not 33.5. That’s an attainable number in any game script for a guy who’s been as involved as Ekeler. At his season average of 3.8 yards per carry – which is also about what the Raiders allow per attempt – Ekeler needs just 6.2 attempts to hit 23.5 yards.

It’s worth noting that Justin Jackson, who’s averaged five carries per game, is expected to sit out Thursday after leaving last week’s game with an injury. That should equate to a few more attempts for the two remaining backs.

Ekeler provided some insight into the Chargers quicker approach under new offensive coordinator Shane Steichen. Per Next Gen Stats, they snapped the ball two seconds faster on average against Green Bay than they had been on the season previously.

“When we got a first down, we would get straight on the ball and Phil (Rivers) would call another run play,” Ekeler told the Associated Press. “That would keep the defense on the field, so they wouldn’t have much in the way of substitutions.”

The may not mimic that approach against a Raiders team that is ripe to be ripped through the air, allowing the fifth-most passing yards per game.

But again, we don’t need a lot from Ekeler, just 6-8 carries. I don’t think the market has adjusted enough for the change in offensive philosophy, so we’ve got to take advantage while we can.

Treat these two prop leans as entertainment and play it at your own risk.

Note that much of the same analysis can be applied to Gordon.

His rushing line has surprisingly only increased by five yards this week after blowing away his 44.5 total last week with a season-high 80 yards on the ground.

Despite the somewhat difficult matchup, I would have expected this number to open at over 50 yards, so it’s a nice value spot.

The spring holdout looked to be back to form for the first time this season against the Packers.

He had 20 carries in that game and appears to be inching closer to the workhorse role that saw him average 16.3 carries over the past two seasons.

I think we’ll see rushing lines set at above 60 yards for Gordon for most of the rest of the season, so I’m compelled to take the value while it’s still there.

We’re going for a rare double-dip on a single player, albeit in different phases of the game in this case.

Since Gordon’s return, Ekeler has had two blow up games of 15 and seven receptions, but in the other three, he’s failed to top even four targets.

His role as a receiver has been rendered unreliable now that Gordon is back and himself commanding four targets per game.

Against a leaky Raiders secondary that is allowing the fourth-most yards to WRs, there’s no reason for the Chargers to get Ekeler going in the air game.