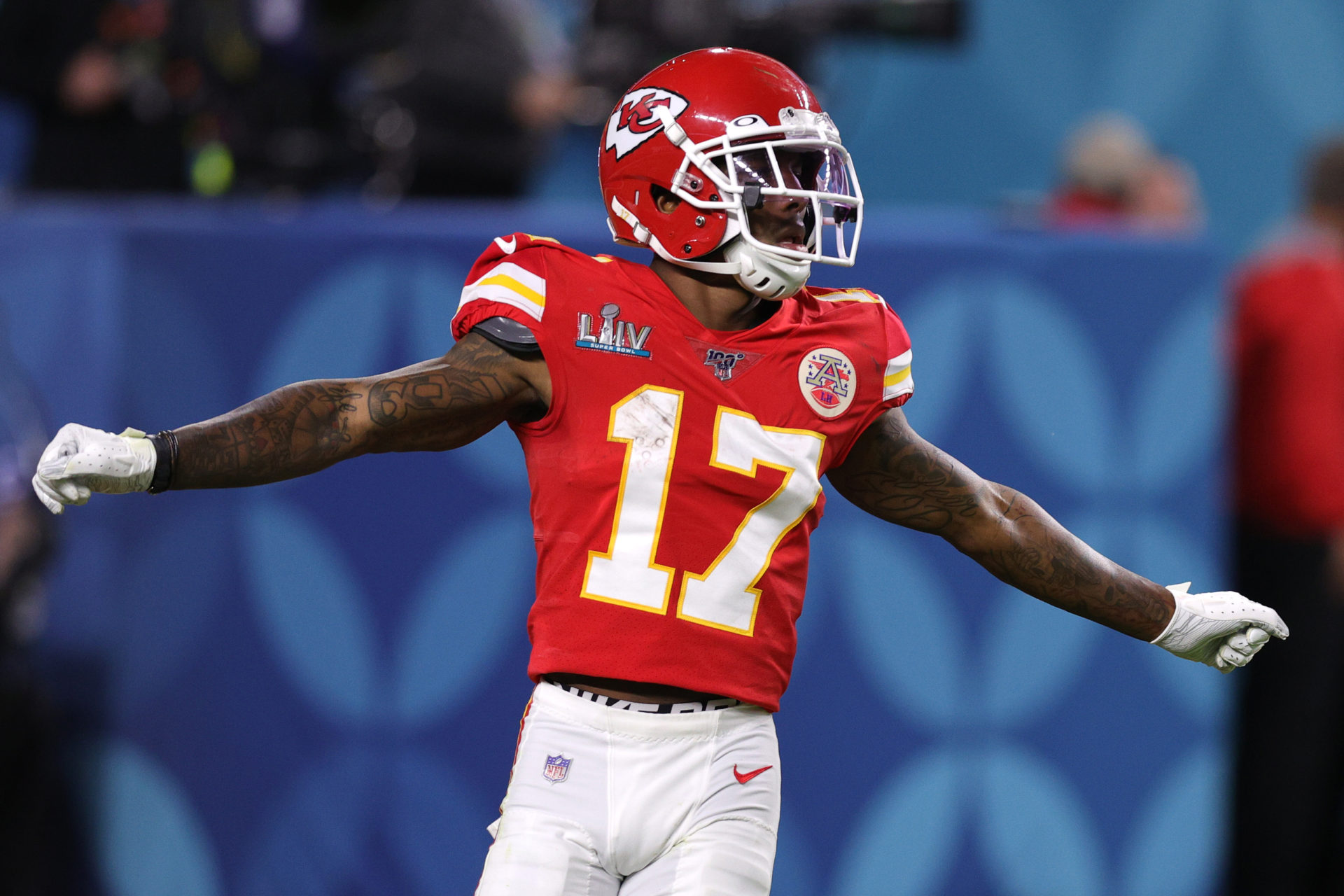 Mecole Hardman was one of the most hyped-up young players last offseason, with some people (including me) speculating that he could take the WR2 job outright from Sammy Watkins. After all, he had one of the most efficient rookie years of all time; the logical next step for the second-round pick was an ascension up the depth chart.

Things have not gone according to plan. In fact, Hardman is still running clearly behind Demarcus Robinson. The Georgia product is entrenched as the Chiefs’ WR4 for the time being – but the WR4 for Patrick Mahomes is still going to have his big games.

Hardman is the focus of this week’s free feature play as we examine whether he’ll exceed his receiving yards line against the Broncos.

Join us here to get full prop cards from NFL & more alerted to your device.

The simplest logic behind this is the fact that Hardman has exceeded this line in all but three games this year. Of course, it’s necessary to add the context that Watkins missed significant time with an injury, but it’s noteworthy that Hardman commands about the same amount of volume and production whether Wakins is active or not. 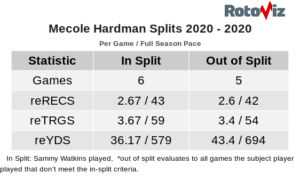 Hardman averages 3.7 targets when Watkins plays and 3.4 when he doesn’t.

While this game could (and probably will) turn into a blowout, the Chiefs are one of the pass-heaviest teams even though they’re usually leading. Their 39.3 pass attempts per game ranks seventh, and their pass rate in neutral game script ranks eighth.

Mahomes is going to have ample opportunities to throw the ball, and Hardman’s 11.1 yards per target average means he only needs a couple of looks to go over this number. It’s not a given that he actually gets two or three targets – he’s had just one target on three separate occasions this year – but the most likely outcome is that he gets a few looks and blows past this number.

It’s always dangerous to bet an over, but this number is too tiny and Hardman too explosive. He had an easy drop last week that likely would have gone for a long TD. Had he connected there, this line would probably be closer to 30. Take advantage.

While he isn’t an every-down player, it shouldn’t be overly difficult for him to exceed 22.5 receiving yards even on limited snaps. An electric playmaker with the ball in his hands getting targets from the best QB in the league, it won’t take much volume to carry him past this number.